Manchester City had a clear idea of who they wanted to buy this summer and, although they were not successful in all their pursuits, they can be very happy with their business.

Of course, their strategy was geared towards ensuring Pep Guardiola would hit the ground running, and in that respect City have been successful.

The Blues have started the season with five wins from their first five competitive games, and that’s without three of their main summer signings.

Ilkay Gundogan was the first man in this summer – an agreement had been in place since the winter – but he is yet to play thanks to a knee injury. Leroy Sane was first pursued in January, too, but he has not played yet after picking up a minor tendon injury following his arrival at the start of August.

The most contentious arrival of all is also awaiting his debut. Claudio Bravo is the man identified to replace club legend Joe Hart, who was unceremoniously shown the door after Guardiola decided the England keeper could not – and would not be able to – adapt to his demands.

It is unknown how many, if any, of those three will make their debuts in the upcoming Manchester derby, but City, who have already shown enough encouragement that they are starting to play the Guardiola way, can be expected to improve when these three key figures integrate into the team. 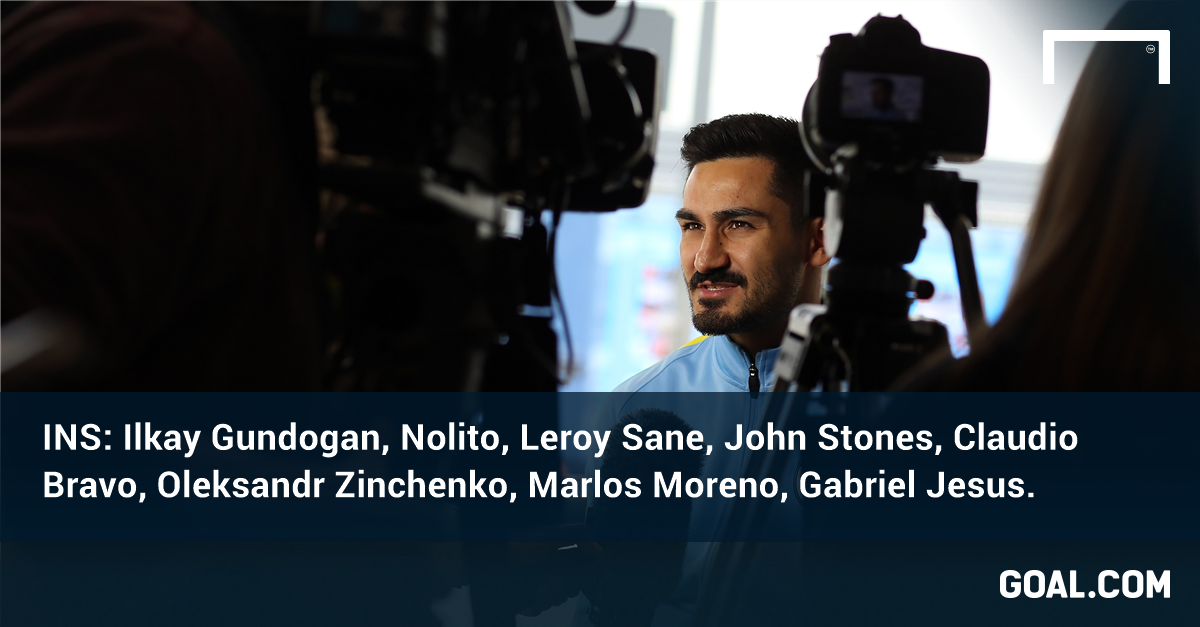 Hart’s exit was controversial, and he and Guardiola are understood to have endured a frosty relationship throughout their time together. The keeper, who clinched a deadline day loan move to Torino, had informed friends that he felt he would simply never be able to do what his new manager wanted. One source – and observer at a City training session this summer – admitted he felt bad for Hart, who performed badly in the drills.

But if Bravo slots in as well as John Stones and Nolito then history will show Guardiola to be correct in his decision.

Nolito set few pulses racing when he moved from Celta for £13.8 million but he may well prove to be shrewd business. The fee is peanuts for City and it has got them a player who knows the Guardiola method from his time at Barcelona, and has played a high pressing game at Celta. So far at City he has displayed a canny knack of getting in the right place at the right time and that should prove invaluable.

Stones, similarly, arrived just four days before the Premier League season kicked off but has slotted in almost effortlessly. He is the leader of the defence and has played at both left and right centre-back. City had identified Stones at the very start of the year and were especially desperate to bring him to the club after missing out on Aymeric Laporte.

Laporte’s decision to stay with Athletic despite constant contact with City came as a blow, as they had decided to pay up to €50 million for somebody, at 21 years old, who they believed was capable of playing for the club for years to come. They were not willing to spend similar amounts on Juventus’ Leonardo Bonucci, who is seven years older, and decided against pursuing other targets.

But although City wanted to sign two centre-backs this summer the failure to sign Laporte has been softened somewhat by Aleksandar Kolarov’s transition into a capable centre-back. The Serbian was among those expected to leave the club but Guardiola has been delighted with his performances and has praised his ability to switch the play with long, left-footed passes – one of the attributes that attracted City to Laporte.

Similarly, City moved for Brazil starlet Gabriel Jesus because of his willingness to press from the front. Guardiola has decided that Sergio Aguero can brush up on that aspect of his game and Jesus is expected to put the Argentine under pressure when he arrives. That is scheduled to be January, but with his current club Palmeiras top of the Brazilian league and likely to clinch a place in the Copa Libertadores, which ends in June, he may not arrive until next summer.

Jesus is part of City’s youth recruitment drive, and he is joined by another 19-year-old in Colombian youngster Marlos Moreno, a signing which was revealed by Goal in June. Moreno has been loaned to Deportivo La Coruna for the season and is expected to make an impact in the future. Oleksandr Zinchenko, another 19-year-old, arrived from FC Ufa but has been loaned to PSV. 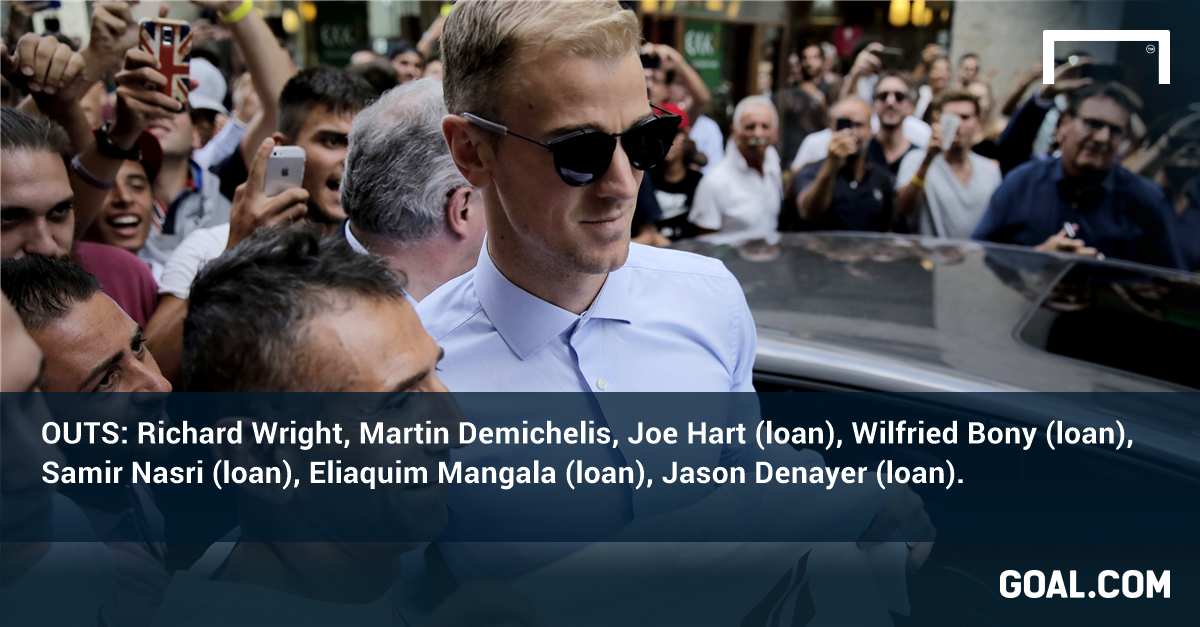 In terms of outgoings, City waved goodbye to Martin Demichelis and Richard Wright back at the start of the summer and then had to wait until deadlline day to ship out the men who had failed to win over Guardiola.

Samir Nasri (Sevilla), Wilfried Bony (Stoke City), and Eliaquim Mangala (Valencia) all left on season-long loan deals but aren’t expected to work their way back into the fold when they return next summer. Guardiola had decided to offload all three, as well as Hart and Yaya Toure.

Toure refused to budge, however, and City accepted the fact that they would not find a buyer that could take on his £220,000-per-week wages. Indeed, hefty salaries meant Nasri, Bony and Mangala all had to leave on loan with City contributing to their weekly earnings. All parties will be hoping their temporary moves are successful and can be made permanent.

There were one or two others that got away. City enquired about Pierre-Emerick Aubameyang but were scared off by his £65m asking price – and it is believed one of the Borussia Dortmund hierarchy made a beeline for Txiki Begiristain during the pre-season trip to China to hammer home the point that the Gabon international was not for sale.

It was reported on deadline day that City’s approach for Monaco’s highly rated 17-year-old Kylian Mbappe was rejected earlier this summer, while Real Madrid’s Toni Kroos was a target earlier this year but could not be prised from Real Madrid. The Blues also originally wanted goalkeeper Marc-Andre Ter Stegen from Barcelona, but eventually signed Bravo as Hart’s replacement.

City, though, will not be too discouraged. They are the Premier League’s biggest spenders this summer but they are confident that they have invested in talents that will ensure Guardiola has the players at his disposal to play the type of football that has delivered 21 trophies during his relatively short career.

And with five wins out of five and three key signings still to be integrated, City can look forward to an exciting season.