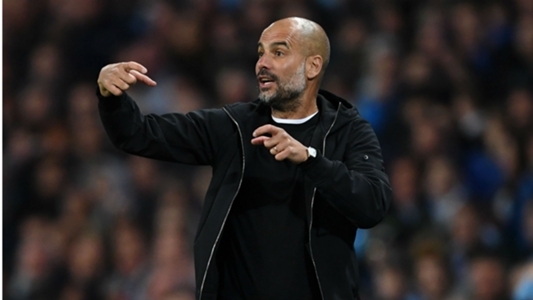 Pep Guardiola has claimed that Premier League champions Manchester City have to prove their consistency over a number of seasons before comparing themselves to English football’s greatest sides.

City set three new Premier League records as they overcame Brighton 3-1 on Wednesday, with the champions having now netted more goals, won more games and accumulated more points than any other side in the history of the competition.

A victory over Southampton on the final day would move City to 100 points, but although Guardiola has been impressed by his side’s intensity in the closing stages of the season, he claimed it would be premature to label them the best club side in English football’s history.

“We’ve spoken about trying to write a new page. I cannot forget the ’80s with Liverpool dominating English football, ’90s Sir Alex Ferguson, we are so happy he is out of intensive care today.

“In terms of stats and numbers we were the best this season, we are so satisfied. A team will arrive and do better but they’ll have to do really well.

“We had that to maintain our level all the season, try to break the record, maintain our intensity, 97 points, a lot of goals and wins, that’s a consequence of the season we’ve done.

Danilo’s goal in the 16th minute, created by Leroy Sane, looked to have set City on course for another runaway victory, only for Leonardo Ulloa to restore parity following Claudio Bravo’s calamity.

City soon had their record-breaking goal, however – Bernardo Silva smashing home their 104th effort of the league campaign, with Sane again the provider.

Sane claimed his hat-trick of assists midway through the second half by teeing up Fernandinho, with a goal for Yaya Toure on what was his final home appearance for City, all that was missing from another dominant display, and Brighton manager Chris Hughton was full of praise for the champions.

“Certainly in my time, they’re the best footballing side that I’ve seen,” Hughton said.

“They show pace, strength and they’re great athletes. The options that they have and the intensity of their game – they’re not only a side with great individual players, but they all work incredibly hard as well.”