A number of players, coaches and other members of staff from both teams were involved in heated exchanges following City’s 2-1 victory, which put them 11 points clear at the top of the Premier League.

Guardiola did not want to shed any further specific details on the row, but he was keen to point out that his side celebrated as teams around the world celebrate big victories, and was especially insistent that his players kept those celebrations inside the dressing room.

“No,” he said when asked if his players over-stepped the mark after the match. “Definitely not. Believe me. Definitely not. It was the same after the [last winner against] Southampton, that was 96 minutes or something like that, but we were happy. 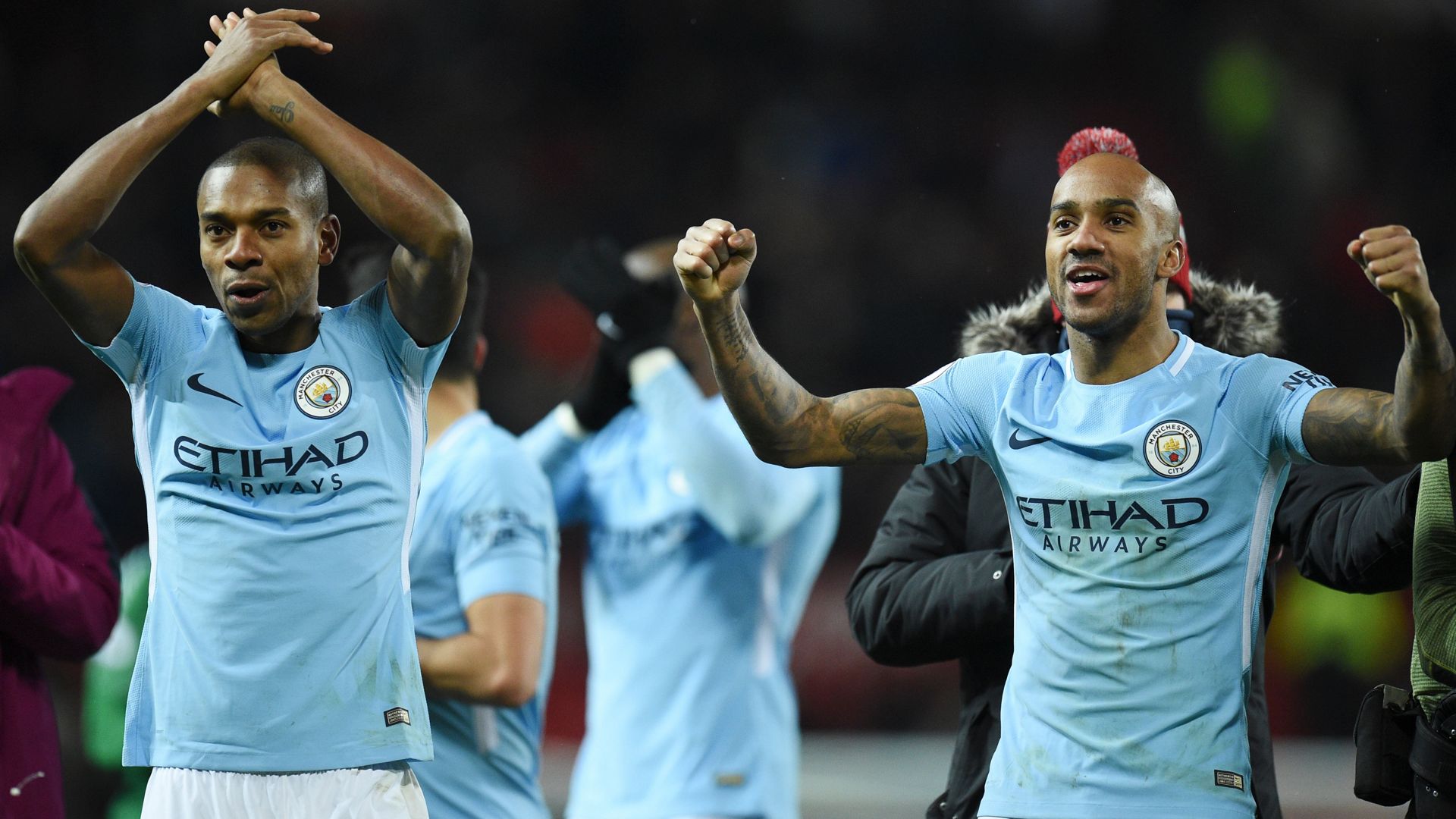 When pressed further on his players’ reactions, he replied: “It was correct, believe me. We jumped, because we were happy. People have to understand that we were happy. I think all the teams around the world when they win a derby they are so happy. When we won with Bayern [Munich] we were happy, when we won important games with Barcelona we celebrated. We didn’t do anything exceptional. We always have respect for our opponents.”