Gabriel Jesus’ emergence has led to questions over the Argentine’s future, but the City boss wants to play them together

Pep Guardiola reiterated his belief top scorer Sergio Aguero and exciting new signing Gabriel Jesus can play together in attack as he offered assurances over the Argentina star’s value to Manchester City.

Aguero looked on from the bench as City demolished West Ham 4-0 on Wednesday, with Jesus shining as the visitors’ attacking spearhead at London Stadium – laying on the first for Kevin De Bruyne before opening his Premier League account with the game-sealing third.

Aguero’s agent Hernan Reguera told The Guardian the 28-year-old is happy at City and will be there next season and, speaking ahead of Sunday’s home game versus Swansea City, Guardiola seemed content with this state of affairs.

“The big clubs need a lot of strikers – at [Real] Madrid [Alvaro] Morata doesn’t play. Sergio remains one of the most important players in our squad. 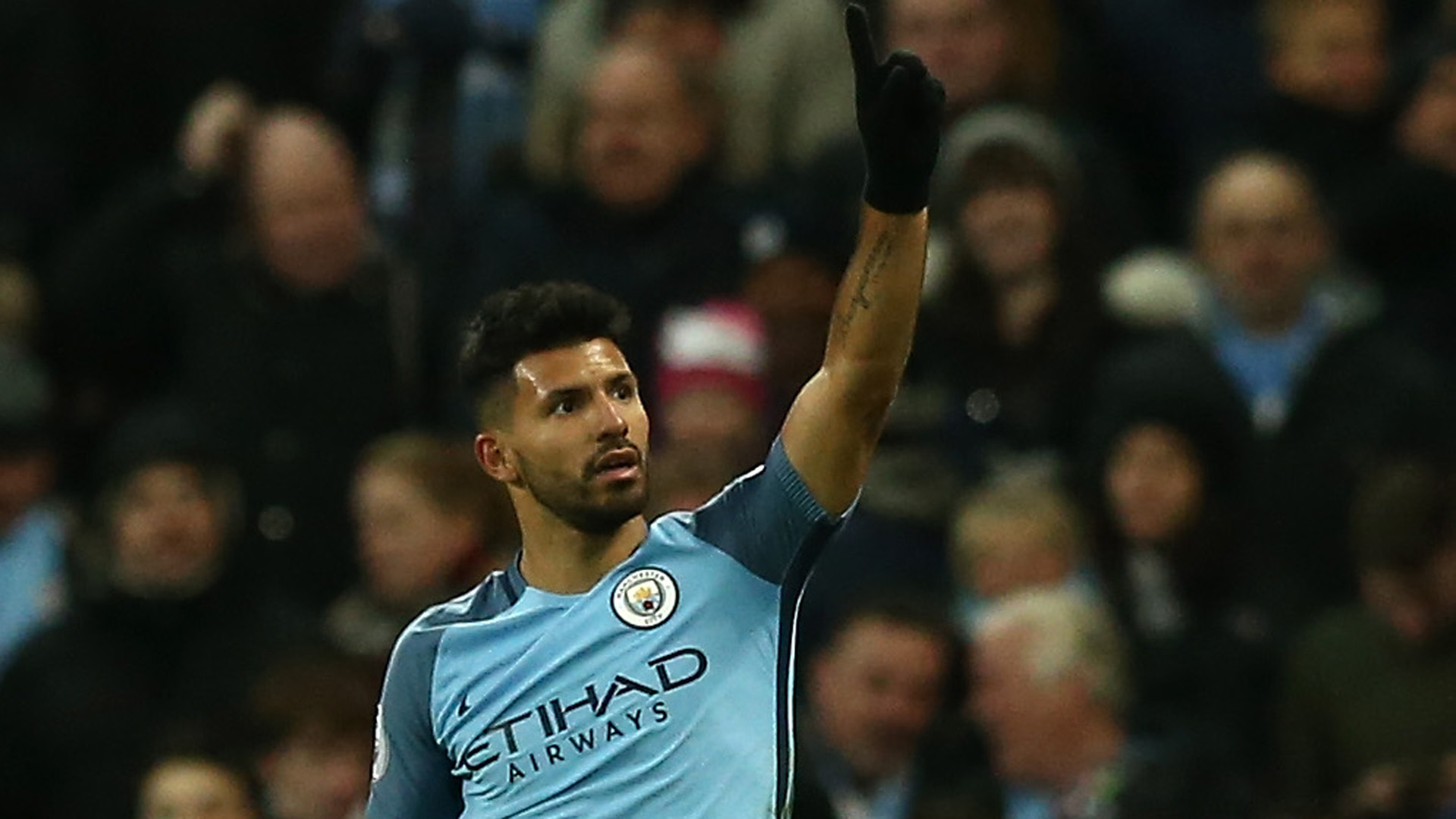 “He played all the games, apart from at Barcelona for a tactical decision and one against Everton when he had just come back from Argentina.

“In Brazil, Gabriel played on the left side. Both can play together. Gabriel is a fighter. That’s why he can help us a lot.”

PEP: Gabriel is 19 years old, but has settled quickly. He takes English lessons every single day and that means a lot to me. #mcfc pic.twitter.com/raWi3916Kp

In an interview published by City’s official website, Jesus spoke in glowing terms about his settling-in process since arriving from Palmeiras last month – even stating his appreciation for the local cuisine – and Guardiola has been impressed by the 19-year-old’s desire to integrate quickly with his new team-mates and take on English lessons.

“Gabriel has showed a lot of things in the three games he played – desire, helping with our high pressing, his intensity, his movement,” he said.

“He’s 19 years old but he’s settled quickly. He takes English lessons every single day and that means a lot to me.”

Another player to have impressed Guardiola of late, and one much more part of the furniture at the Etihad Stadium, is Yaya Toure.

A dispute between his manager and his agent, along with fitness issues, appeared likely to bring down the curtain on Toure’s decorated seven-year spell in Manchester earlier this season.

But a successfully converted penalty at West Ham made it six goals in 15 appearances this term for a player who has been successfully redeployed in the holding role he once filled for Guardiola at Barcelona.

“He loves to play – he’s like an amateur. I love this. He is really fit, perfect weight.”