The victory was City’s first in the Premier League on home soil since September but Gundogan’s absence has put a dampener on the evening.

Guardiola’s medical staff fear the German may have suffered ligament damage and could be on the sidelines for several months.

The midfielder will have tests on Thursday to try to ascertain the exact extent of the problem but he will certainly miss Sunday’s game against Arsenal at the Etihad Stadium, which is especially bad timing giving that is the final game of Fernandinho’s three-match ban.

It leaves City light on midfield options ahead of the visit of a title rival, meaning Guardiola will need to shuffle his pack.

Here are some options he could go for in the absence of his two best deep-lying midfielders.

Of course, predicting City’s line-ups is often a thankless task but we will do so here on the assumption that he plays a back four.

City appeared to go back to basics against Watford, with their defensive line remaining unchanged for the full match, and that could signal their approach against the Gunners.

That being the case, Guardiola could use Fernando and Toure as holding midfielders. Fernando was the man to replace Gundogan on Wednesday, while Toure seems to have a new-found sense of tactical discipline since returning to Guardiola’s side, never wanting to stray too far from his centre-backs or midfield partner. 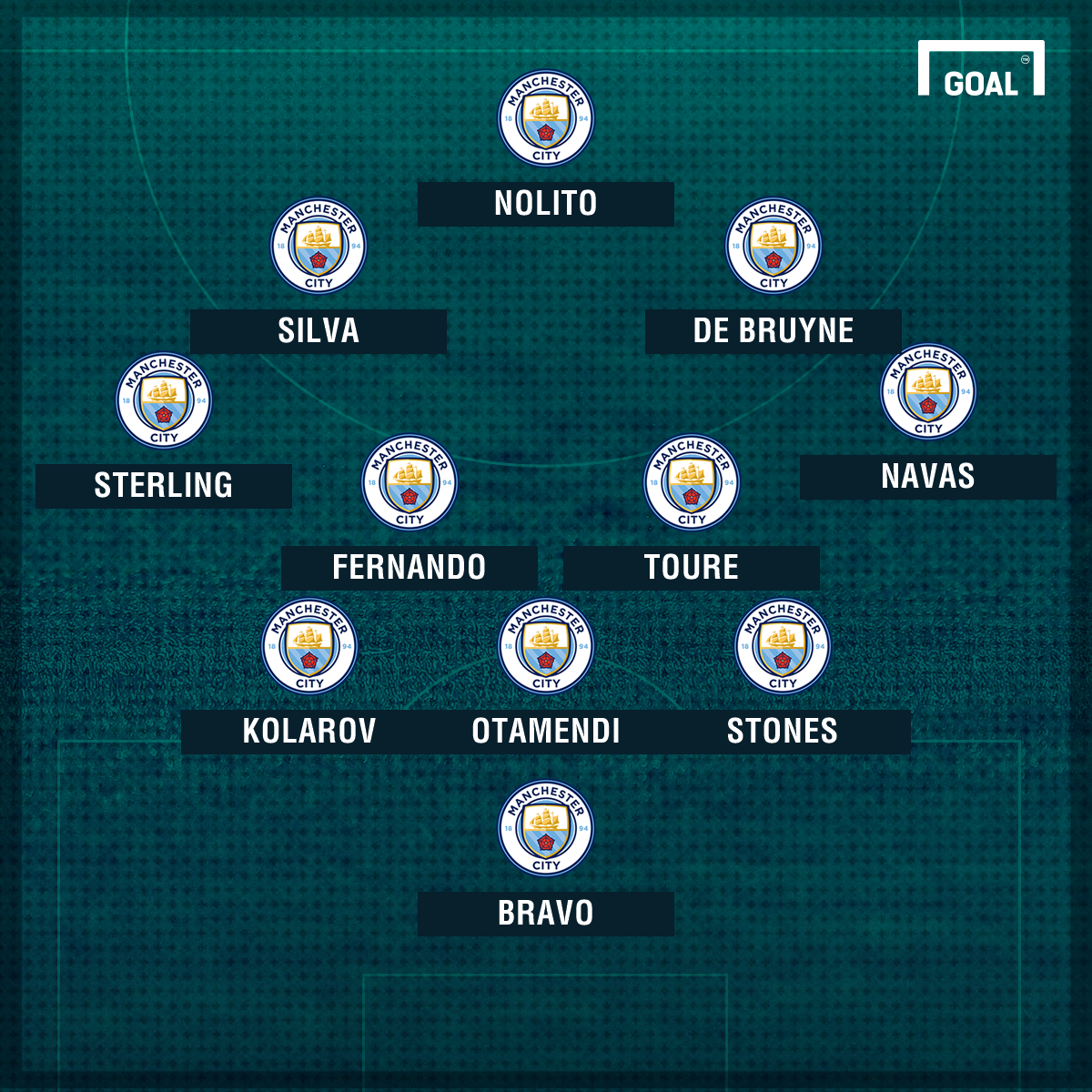 Guardiola may, however, elect not to use Toure at all, and instead go for pace on the flanks to stretch Arsenal’s defence.

Whether it’s Jesus Navas and Raheem Sterling, or even Leroy Sane, a four-man backline and two wingers could see just Fernando deployed in the centre, with Silva and De Bruyne charged with dropping in to help out. 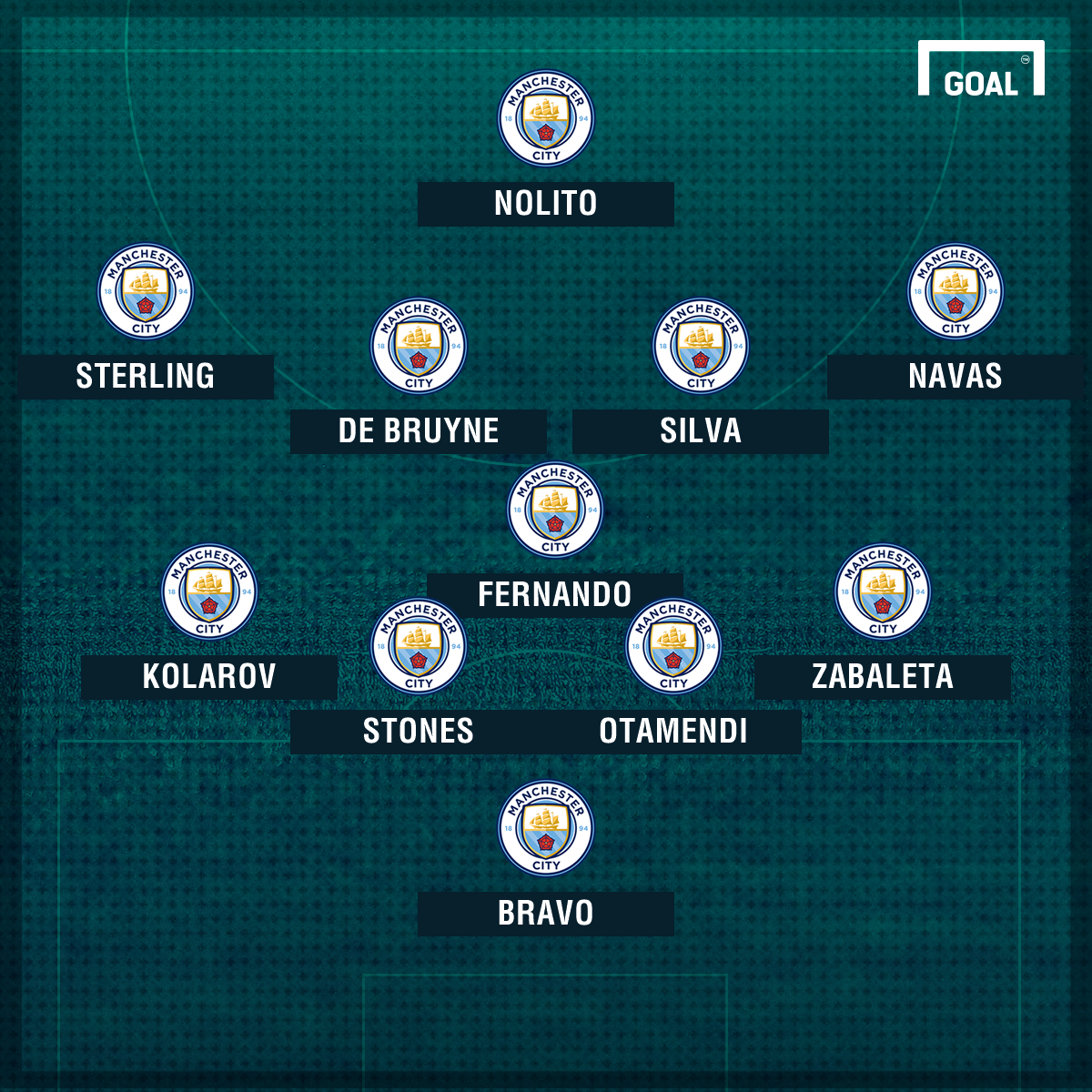 Guardiola may even abandon the back four altogether and return to the back three, in a bid to get more midfielders (both central and wide) into the team. Even with Fernandinho and Gundogan out, City have enough options for it to work.

Youngster Aleix Garcia, by the way, started the season above Toure in the pecking order but has had to make do with appearances for City’s youth side since the Ivorian’s return. He could return to the bench against Arsenal, but is an unlikely option to start such a crucial game.