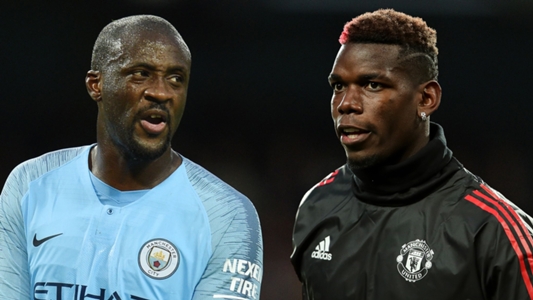 Yaya Toure has joked that he would like to join Manchester United so that he can help Paul Pogba fulfil his potential.

The Ivorian midfielder has played his last game for Manchester City after an eight-year spell and is on the lookout for a new club this summer as the 35-year-old hopes to keep his playing career alive for at least another two years.

Although Toure admits he would not ditch City for their main rivals, he does like the idea of going there to whip Pogba into shape after the criticism the Frenchman has faced.

“It’s difficult because of the way the media has treated [Pogba]. We don’t have the same characteristics because for me I was involved in all the ball, I ran everywhere,” he told   Manchester Evening News .

“I liked that. I was prepared for that. I was working for that for a long time. When I was in the academy in Africa I had to run everywhere, get box to box in 50 seconds. It’s something I’ve been loving to do.

“Pogba is the same size, power – but different in the way he wants to go. Technically and in the ability to score goals as well. It’s a player I want to play with, to be honest, just to teach him some things.

“Criticism is a part of life. If they criticise you it’s because they want you to be good or be better. I’ve been criticised and I love to be criticised. I like it. I don’t mind if people talk about me – it’s good. It means I have to achieve, I have to be better.

“Even if you continue to be at the peak of your game, sometimes they are going to find something to tell you. It’s part of life. We have to deal with that.”

After spells with Monaco, Barcelona and City, the midfielder is used to playing at a high level, and he hopes to find a positive environment for next term .

“I want to go somewhere I can win and achieve.

“It’s going to be hard one day to play against City, but I have to do that. It is part of my job.

“I’ve been playing football for such a long time, I’m no good in the office or something else. I am good in football.

“To see myself at a different club is going to be difficult. I have been such a big part of City for such a long time now. I just want to say that definitely I will continue to play at a high level – Champions League or Europa League.

“I want to play two more years. They have to be in the higher level and then I can do something else.”