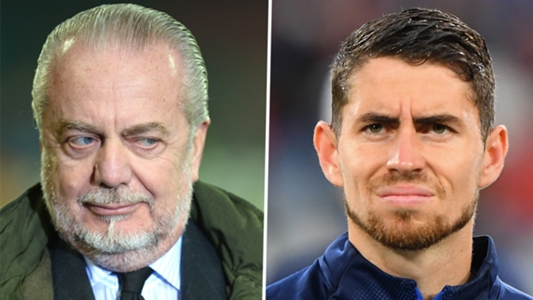 Manchester City have been left furious by Jorginho’s controversial move to Chelsea , with club sources citing “an unprecedented lack of professionalism” on the part of Napoli chairman Aurelio De Laurentiis.

City say Jorginho was given an ultimatum by De Laurentiis that amounts to the midfielder effectively being “bullied” into signing for Chelsea.

The Premier League champions had reached an agreement with Napoli more than a fortnight ago , and had ironed out personal terms with the 26-year-old midfielder long before the end of last season.

Jorginho and his agent had made it clear to City officials that he was determined to play for the club and work with Pep Guardiola .

However, City believe he was left with no choice but to sign for Chelsea.

For the past several weeks the Londoners had been trying to negotiate a compensation package with Napoli for coach Maurizio Sarri, who had been relieved of his duties by De Laurentiis and was lined up to replace Antonio Conte.

Talks had reached an impasse, however, and it soon became clear to De Laurentiis that he would only receive the desired €8 million (£7m/$9m) pay-off for Sarri from Chelsea if it also included in a deal for Jorginho, whom Sarri wanted to bring to Stamford Bridge.

At this point, City sources claim, De Laurentiis reneged on the deal he had personally signed off, as the Chelsea package was the only way to recieve the money for Sarri.

City figures insist that De Laurentiis told Jorginho at the start of this week that he would either have to sign for Chelsea or be forced to see out the final two years of his deal at Napoli.

Jorginho had decided to move on this summer and had already made it clear that he did not want to renew his contract, and his relationship with Sarri means he was happy to sign at Stamford Bridge.

But City stress that he would much rather have signed for them, only to have been denied the opportunity by De Laurentiis.

Jorginho’s move to Chelsea leaves City in the lurch, having long since expected to bring in the Brazil-born midfielder to bolster their ranks for next season.

City had previously missed out on Fred after he elected to join Manchester United, so then decided upon Jorginho as the man to eventually replace Fernandinho, 33, at the base of Guardiola’s midfield.

But despite losing out on both previous targets, it is possible that City will now not move to sign another midfielder this summer.

The Blues generally identify their summer transfer targets many months in advance, and work on agreeing terms with the player and selling club over a long period of time.

With less than a month before the Premier League transfer window closes, it is possible that the Blues will not have enough time to identify a high-quality option and negotiate what they deem a good deal with his club.