Pep Guardiola clearly does not want to give the impression he is speaking for a divided house. After leaving Yaya Toure, Wilfried Bony, Eliaquim Mangala, Samir Nasri and Jason Denayer out of his first competitive Manchester City squad at the weekend, the Catalan insisted that there are no issues and all are available for future selection.

Guardiola says he is learning all the time, and he has clearly adopted a difference approach in the eight years since he put Ronaldinho, Deco and Samuel Eto’o up for sale in his very first Barcelona press conference – sending their transfer value through the floor in the process.

The intention, however, is that those five City players will leave the club in the coming weeks.

Guardiola has praised their professionalism in training – despite Toure and Nasri among those to have been told to lose weight – and explained that he merely had to cut a squad of 28 down to 18.

But he has given the game away.

“Today I needed a team more intensive, more aggressive without the ball, because we have to create a team spirit,” he said after the Sunderland game.

Guardiola is forging that team spirit without players that are not intensive or aggressive. It is hard to imagine this most demanding of managers turning to those men in the future if they cannot play with the “soul” that is required of this City team.

Besides, when he cast off Ronaldinho, he said: “the solution is to build a strong dressing room.” 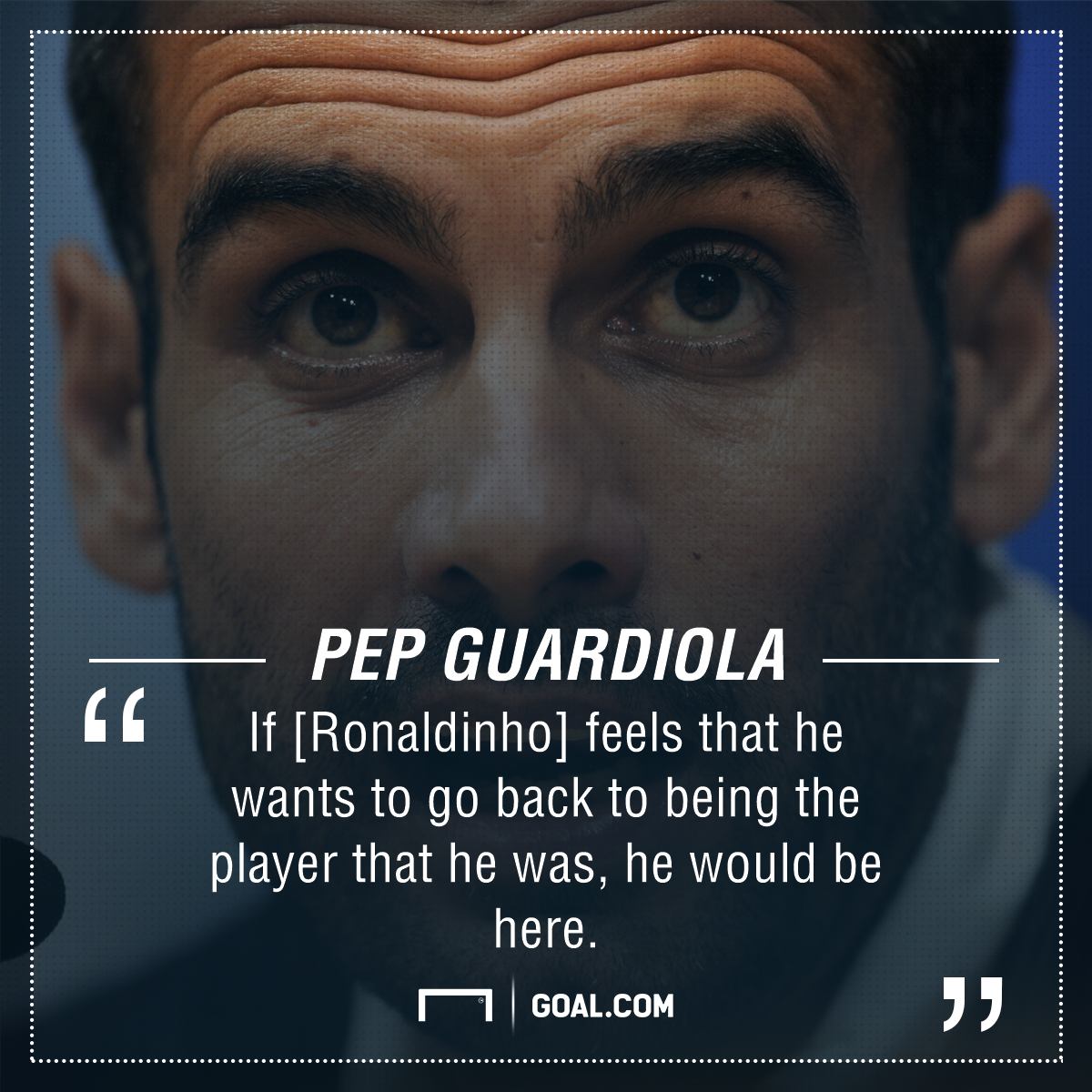 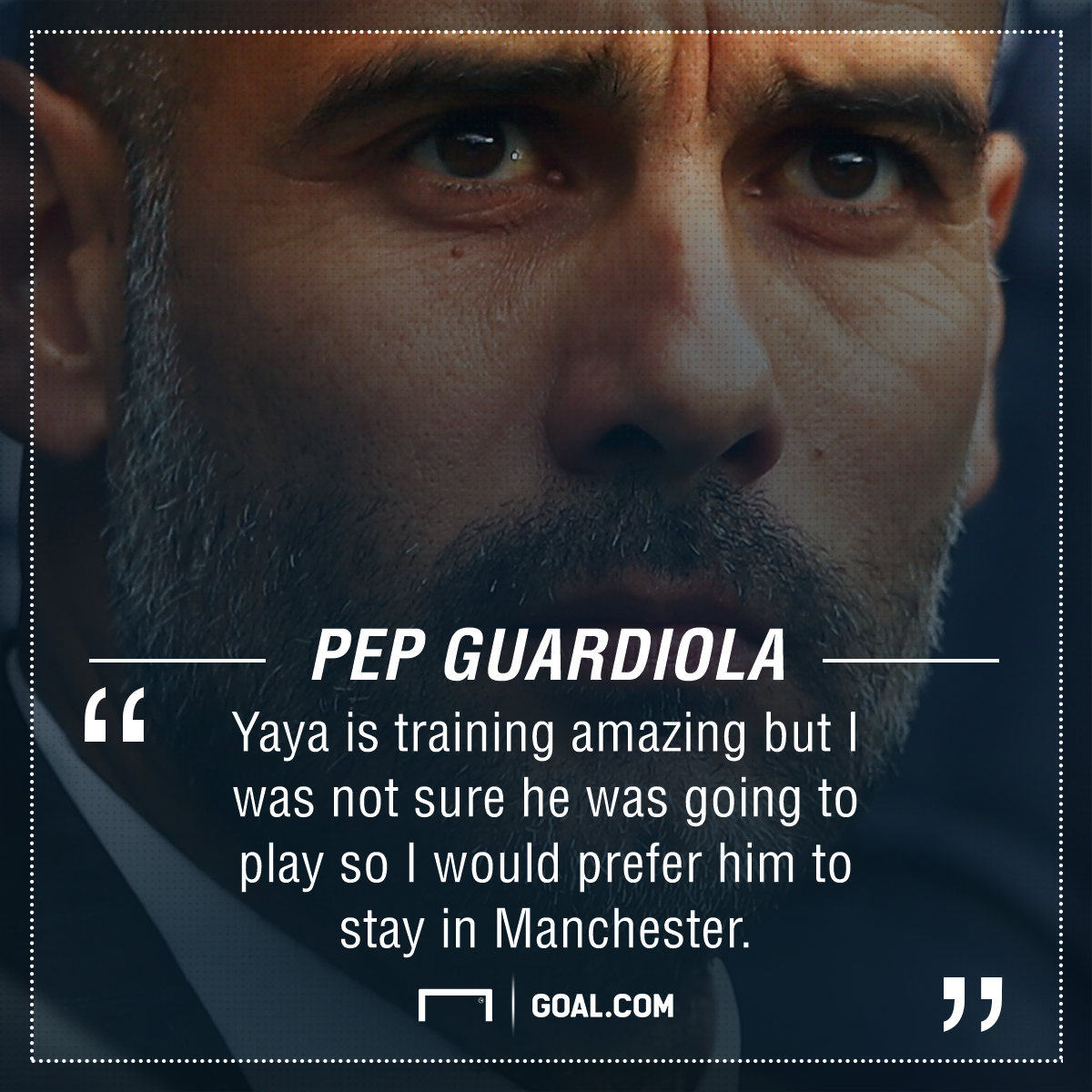 None of those left out on Saturday made the trip to Romania. Nasri, Bony and Mangala are no shocks – they not in the Uefa squad in the first place. Toure and Denayer, however, are eligible.

Guardiola praised Toure on Saturday, saying: “I know Yaya from Barcelona, how he loves to play football, I know perfectly his quality, he knows the reason why today he was not in the list, because I talk sometimes with the players to explain the reasons why.” He said similar on Monday.

But his time is up, as long as City can find a buyer. Publicly, Guardiola is playing the diplomat, but privately he has decided Toure is not part of his plans. The Ivorian, it is understood, is happy to stay at the Etihad, but would leave if City pay up the remaining year of his contract or a new club can match his £220,000-per-week deal.

It is a tricky situation. No wonder Guardiola does not want to commit in public.

The Blues are still said to be interested in bringing a striker to the club before the end of the transfer window, and they had enquired about Borussia Dortmund’s Pierre-Emerick Aubameyang earlier in the summer.

The Gabon international’s asking price is around £65 million, and whether City go back to Dortmund or not they will want to raise money for a new face by selling off the big earners that have no place in Pep’s plans.

Despite the manager’s claims, he sees no place for Nasri, Bony or Mangala.

The problem, however, is their wage packets. Even on the heavily incentivised contracts that City have signed their players up to, the figures will be tough for any suitors to match.

City would save over £28m annually on wages alone if they can get all four men off the books. Toure, the biggest earner, only has one year left on his deal, but the other three are signed up until 2019.

Any fees on top of that would enable a final foray into the transfer market. The club valued Bony at £13m when offering him to Everton as part of the Stones deal, and are rumoured to want £17m for Nasri.

It is thought the club would prefer any loan deals for these players – most likely for Mangala, with AC Milan and Valencia interested – to include a mandatory clause that makes the move permanent next summer.

City have spent around £160m on transfers so far including deals for Marlos Moreno, Geronimo Rulli and Gabriel Jesus, who will not yet move to the Etihad. Given the investment from the Chinese consortium, as well as City’s rising revenues and the mammoth TV rights deal, it is a sum that City can afford.

But offloading their unwanted big earners would be a very welcome bonus. With transfer fees and wages meaning City are in a weak negotiating position, it is no wonder Guardiola wants to put up a united front in public.

His old friend Txiki Begiristain will have his work cut out in the coming weeks, but there should be no doubt that City are not done yet in the transfer window yet.