Manchester City will look to continue their winning run when they welcome bottom-of-the-table Crystal Palace this weekend.

But while Vincent Kompany could return to the squad following a calf injury, Ilkay Gundogan is likely to be out following another set-back.

Gundogan returned from a nine-month lay-off on Wednesday night against West Brom but was forced off during the second half following a poor foul by Baggies midfielder Claudio Yacob.

City’s medical staff assessed Gundogan on Thursday, and Pep Guardiola is likely to give an update at his Friday press conference.

The Catalan insisted on Wednesday night that the injury was “not serious”, though it appears likely the Germany midfielder will miss at least a couple of games.

Kompany could return to the squad, however, after he returned to training on Monday. 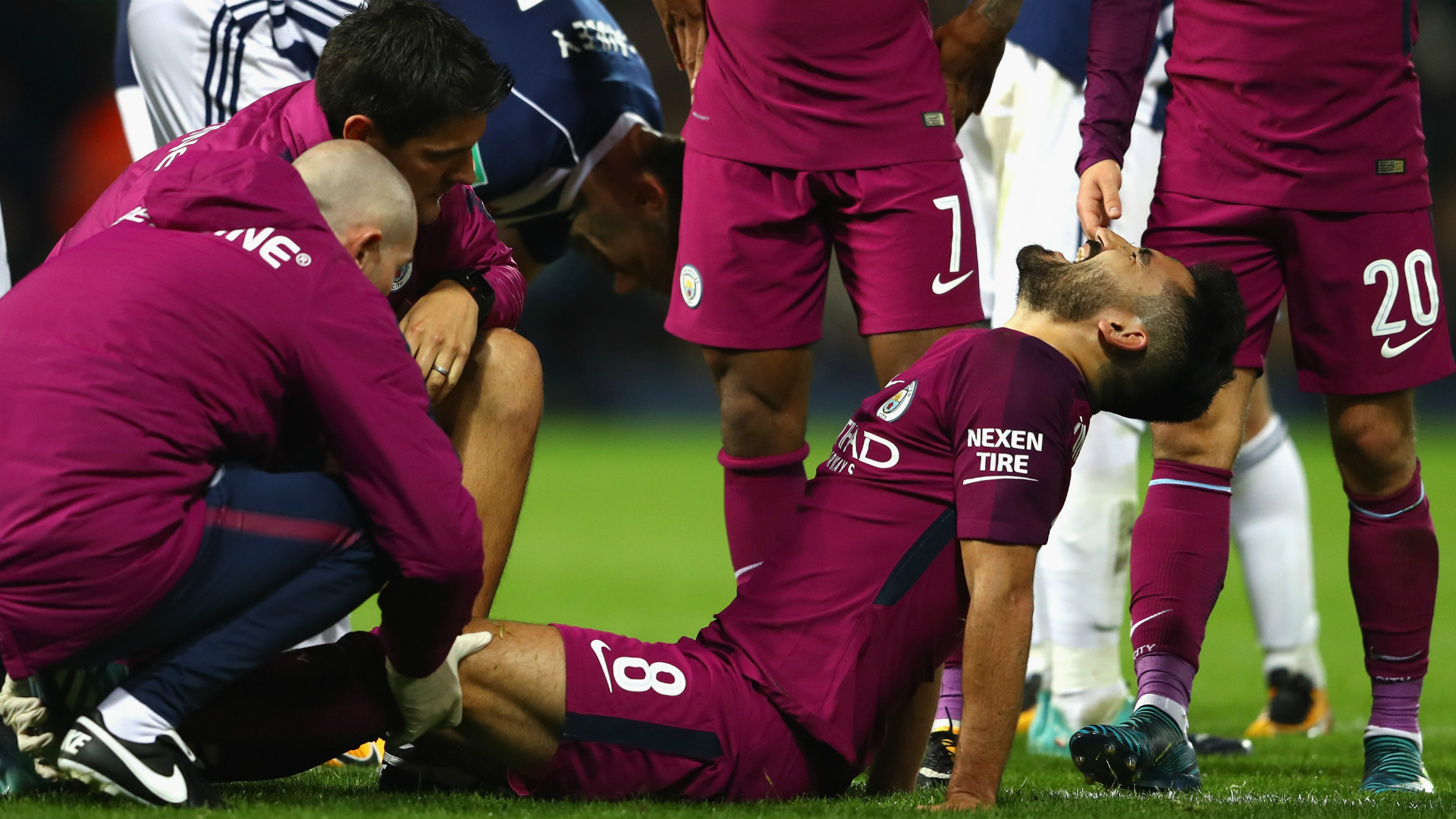 Neither Manchester City nor Palace have any suspesions. 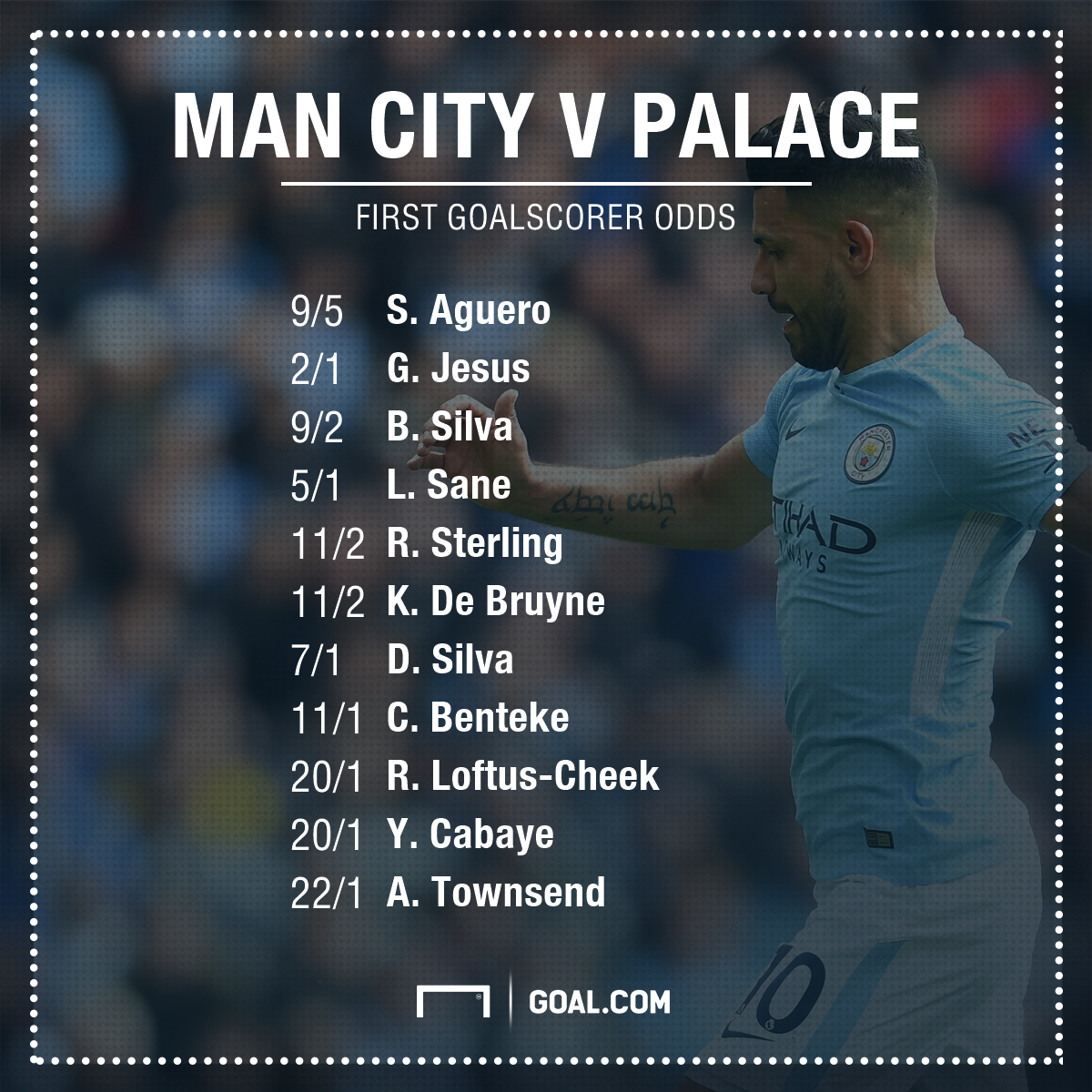 Guardiola could stick with the 4-3-3 formation which has served him well in recent games. City put a total of 10 goals past Feyenoord and Watford using this system, and they are unlikely to need the extra level of control provided by a 3-4-3 when they face Palace.

The Eagles are bottom of the table, without a Premier League goal this season, and will likely focus on keeping things tight at the Etihad Stadium.

Though City’s shape is best described as a 4-3-3, in reality the attacking trio are extremely narrow. Guardiola has explained that he wants his attacking midfielders to play closer to the strikers and more through the middle, with the full-backs providing the width.

Raheem Sterling could well line up alongside Sergio Aguero and Gabriel Jesus, though Bernardo Silva is another candidate.

And although Yaya Toure returned to the team for the Carabao Cup win at West Brom, Fernandinho could regain his place in the Premier League. 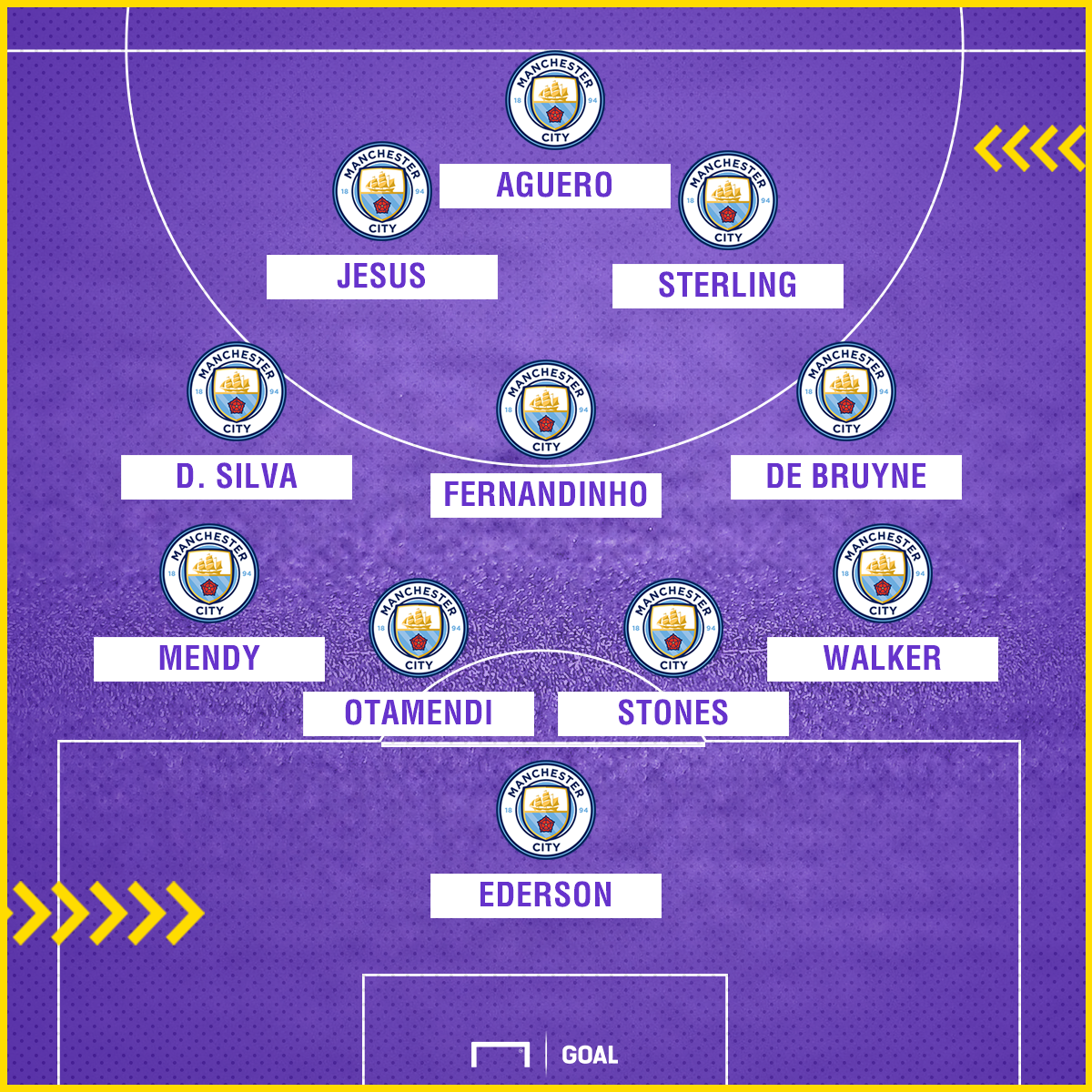 Palace beat Huddersfield in the Carabao Cup in midweek to record their first win of the season, but they are still without a point or even a goal in the league and they will be without key man Wilfried Zaha yet again.

Zaha has not played since the defeat at Liverpool a month ago and the Eagles are now hoping he will be fit for the Chelsea game after October’s international fixtures.

Pape Souare could feature against City after making his return against the Terriers. The Senegal international was involved in a car crash a year ago and, despite being told he may never play again, he managed 45 minutes on Tuesday night and could be in the squad for the trip to the Etihad.

Mamadou Sakho also made his first appearance of the season in midweek and Palace boss Roy Hodgson says he is “ready to start”.

Connor Wickham is still on the sidelines thanks to a serious knee injury.

Kick off is 15:00 BST and the game is not available to watch on television in the UK.