Manchester City will host Liverpool on Saturday in a match which is sure to provide a break from the norm for Pep Guardiola.

The Catalan has seen his side struggle to break down defensive minded teams so far this season, but should not have to worry too much about that when Jurgen Klopp’s free-wheeling side arrive at the Etihad Stadium.

That will inevitably lead to pressure on the Blues’ back-line, of course, and the potential absence of Vincent Kompany will be a major cause of concern.

Both sides will have to check on the fitness of their returning internationals, and indeed the two clubs shared the cost of a private plane to fly back their Brazilian players in time for the lunchtime showdown.

Kompany picked up a knock while with Belgium, meaning he will be assessed in the build-up to the match. Should the Belgian miss out, Guardiola would most likely have to pair up John Stones and Nicolas Otamendi in a four-man defence, something which has not always worked out well.

Fernandinho, Ederson and Gabriel Jesus flew back from Brazil following Tuesday night’s draw in Colombia, while Sergio Aguero and Otamendi left Argentina after a draw with Venezuela.

Ilkay Gundogan has stepped up his recovery from a long-term knee injury and could feature in the squad. Guardiola plans to use the German at the base of midfield this season, though a start against a high-pressing Liverpool side would be a tricky reintroduction.

Raheem Sterling will serve a one-match ban following his controversial red card at Bournemouth, though City will welcome back Kyle Walker from his ban. 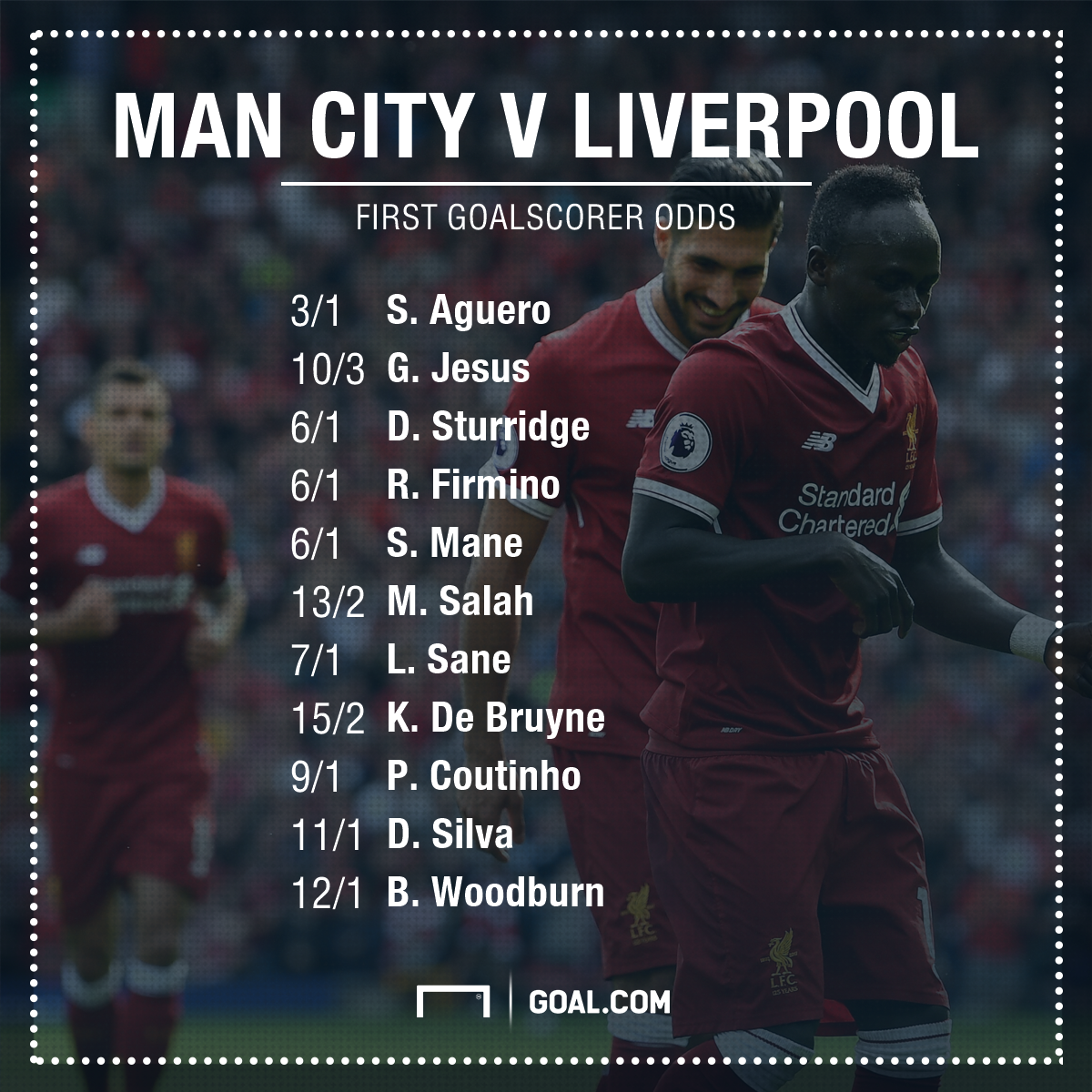 Guardiola switched from a 3-4-3 to a 4-3-3 at Bournemouth before the international break, and he could stick with the same shape for the Liverpool game.

Although the 3-4-3 (if used well) would give City more control over the game, it has meant centre-backs Otamendi and Kompany have seen a lot of the ball this season. They have not looked particularly sure-footed in possession, and they could both be pressed into errors by Liverpool’s attack.

That said, Guardiola may have no choice but to stick with a four-man defence if Kompany is ruled out, unless Eliaquim Mangala or Tosin Adarabioyo are selected as part of a back three.

Stones missed out at Bournemouth and could be in line to come back into the team – to help City play through Liverpool’s press – even if Kompany is fit.

Fernandinho has often been the out ball for City’s defenders, but the Brazilian can also be forced into trouble. Gundogan, when fit, will be given the role, but it seems he will not be thrown in at the deep end this weekend.

Raheem Sterling is banned for the game, meaning it should be between Sergio Aguero and Leroy Sane for the spare forward role.

Whether in the 4-3-3 or 3-4-3, Gabriel Jesus and one of Aguero or Sterling are slated to play close to one another up front, with one of the attacking midfielders taking up the other role. At Bournemouth, Sterling and Bernardo Silva played off Jesus, and their runs inside allowed the full-backs attacking down the flanks. That suggests Bernardo Silva, who tends to come inside more than Sane, could continue in the team. 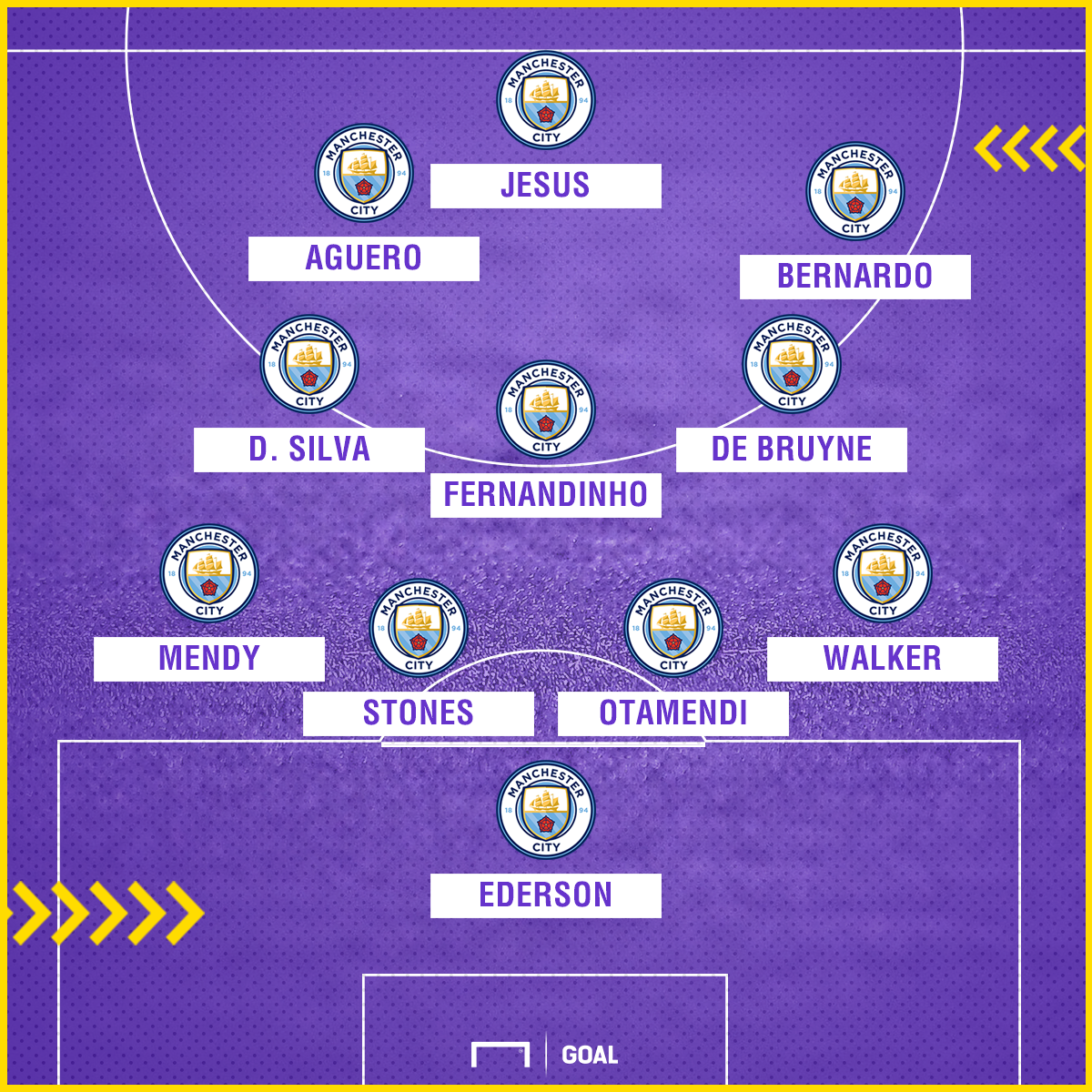 Philippe Coutinho could be back in the squad for Saturday’s game, though it remains to be seen exactly how he will react to having a move to Barcelona blocked.

The Brazilian has not featured at all so far this season, with injury and illness cited as the reasons.

Nataniel Clyne will miss this game and indeed several more months of the season with a back injury, and Adam Lallana is another long-term absentee.

Klopp will have to check on the fitness of his internationals, including Roberto Firmino, Sadio Mane and Mohamed Salah.

Alex Oxlade-Chamberlain could make his debut following his move from Arsenal.

Loris Karius was named in goal for the Reds’ final game before the international fixtures, with Simon Mignolet left out of the squad. Though Arsenal rarely threatened Karius’ goal, he did twice lose possession in his own area, which could offer City some encouragement.

Kick off is 12:30 BST with the game to be shown live on Sky Sports Main Event and Sky Sports Premier League, as well as for subscribers on the Sky Sports app.