Manchester City continue their champions’ tour with a trip to West Ham on Sunday.

Pep Guardiola looks set to name another strong side, as he did against Swansea City last weekend. That game resulted in a 5-0 win for City, with David Silva, Kevin De Bruyne and Gabriel Jesus among the goals.

One big question is whether Guardiola will start Claudio Bravo in goal, or if he will continue with Ederson despite already having the league wrapped up.

Sergio Aguero is out for the rest of the season with a knee injury, meaning Jesus will likely continue to lead the line.

John Stones has a groin problem and is unlikely to feature, although he could return before the end of the season.

Neither side have any suspensions, but Fernandinho is almost certain to return to the City line-up after serving a two-match ban.

Fernandinho is back from suspension, having picked up 10 yellow cards during the course of the season. Nicolas Otamendi, Leroy Sane and Kyle Walker sat out last week’s win against Swansea but could come back into the side.

Benjamin Mendy made his comeback off the bench and it is probable that he will remain in reserve at West Ham too.

Claudio Bravo still needs another four league appearances to be eligible to receive a Premier League winner’s medal (City will be given 40 medals to distribute to their players, but five appearances are required to get one). Ederson started against Swansea and it will be interesting to see whether Bravo is given a start, comes off the bench, or neither. 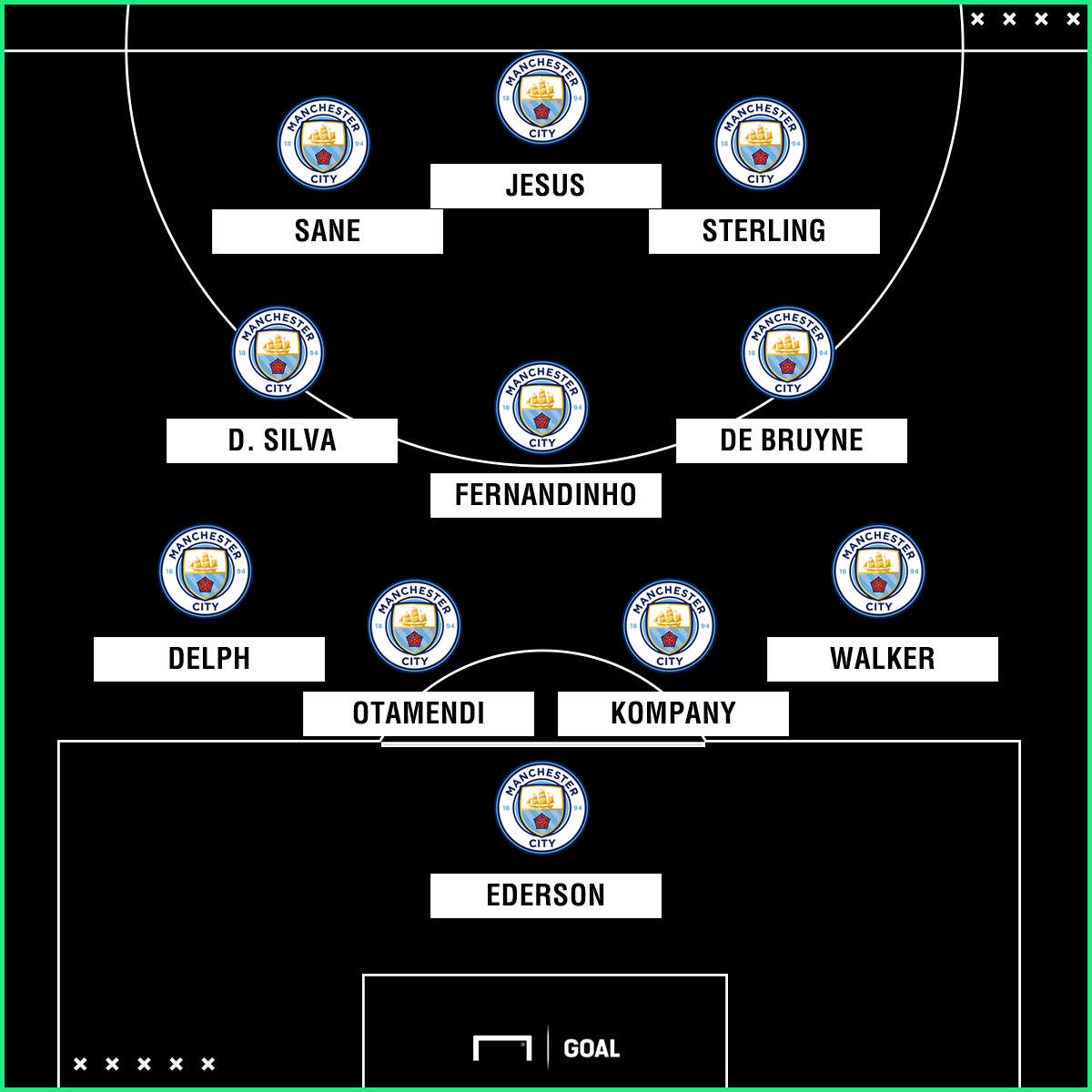 West Ham have a number of long-term injuries to contend with, as well as the fact that Joe Hart is ineligible as he cannot play against his parent club.

Sam Byram, Winston Reid, Michail Antonio and Pedro Obiang are all ruled out with injuries sustained earlier this year.