Yaya Toure could swap Manchester City for New York City this summer, according to Frank Lampard, with the Ivorian expected to receive offers from America, China and England.

After eight memorable years at the Etihad Stadium, the 34-year-old is set to drop into the free agent pool at the end of his current contract.

City have offered a loyal servant the perfect send-off by securing another Premier League title, but it remains to be seen what the future will hold.

Various options have been mooted for Toure, with former team-mate Lampard of the opinion that he could head for MLS or embrace another challenge in the English top-flight.

The former Man City and NYCFC midfielder told BBC Sport: “What next? Well, I am sure there will be interest from abroad, including China and the United States.

“He has been linked with City’s sister club in the MLS, New York City, in the past – which, from my own experience there, is a move that would definitely work for him.

“The MLS is a physical league but, if his mind is on it, I would have no doubts he could play there for a year or two.

“Yaya will not be short of offers from Premier League clubs either, and he apparently would prefer to stay in England.

“He is a big lad and, when you are built like he is, you have to stay on top of things fitness-wise because otherwise the game is so quick, it gets difficult.

“But in terms of the quality he has, I think he is more than capable of extending his career here.” 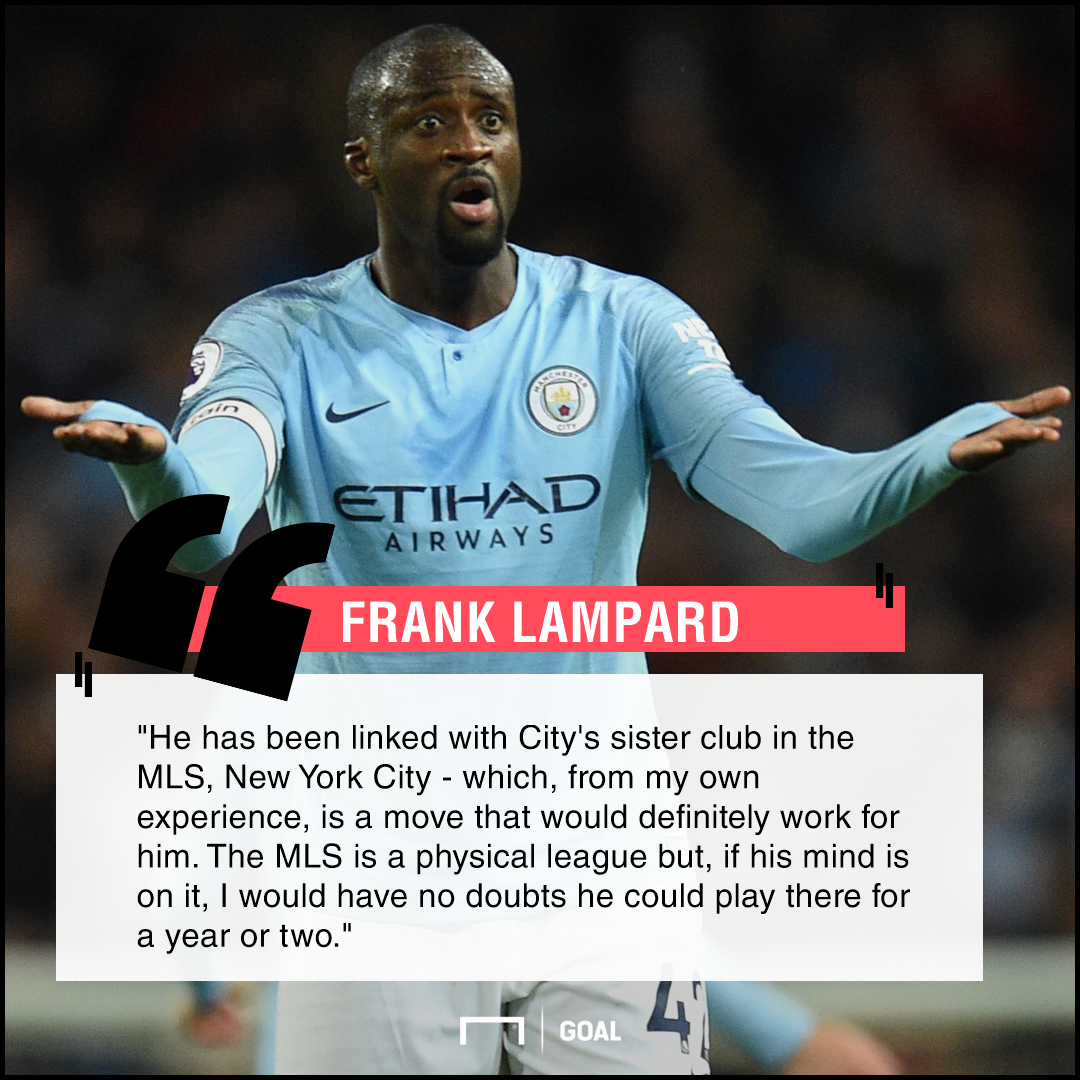 Lampard considers Toure to be of the “superstar” mould, with an iconic figure having delivered above and beyond what was expected when City made him one of their first high-profile additions.

The ex-England international added: “In his eight years at the club since arriving from Barcelona in 2010, he has played a huge part in City’s rise, initially by being one of the first signings they made of a really top player from a big club.

“Along with David Silva and Sergio Aguero, who followed him to Manchester, he was bought to be one of City’s first superstars and he has lived up to that with the way he has performed down the years.

“Yaya was integral to their first two title wins in 2012 and 2014, particularly that second success when he scored so many goals, and was the dominant force in midfield in the Premier League all season.”

Along with three Premier League titles, Toure has also helped City to two League Cup triumphs and an FA Cup win during his time in England.