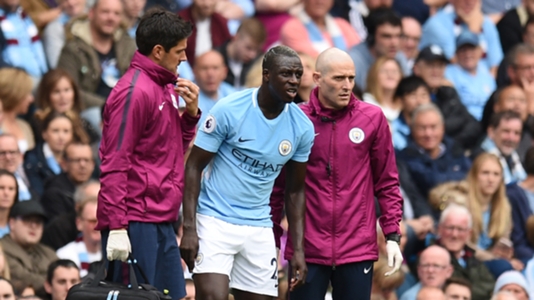 Mendy was forced off during the first half of City’s game against Crystal Palace on Saturday after colliding with Andros Townsend.

Blues boss Pep Guardiola said after the match that it appeared to be a knock, and then added on Monday that the Frenchman would be assessed to see whether he could play in the Champions League game with Shakhtar Donetsk.

But after missing training on Monday afternoon the 23-year-old has been sent to see Dr Ramon Cugat, who has worked with several City players since Guardiola took charge last summer.

City’s Manchester-based medical staff are concerned Mendy’s problem is far more serious than first thought and believe he may have damaged knee ligaments.

If their worst fears are confirmed, the former Monaco man, who only signed for the club this summer, would be ruled out of action until the New Year.

The exact extent of the injury will only be known once Mendy is checked over by Dr Cugat, who has treated Kevin De Bruyne, Vincent Kompany and Ilkay Gundogan over the last year.