Ahead of the kickoff of the 2018 World Cup, former Manchester City midfielder Yaya Toure has picked his best XI of players at the tournament in Russia.

City stars David Silva and Kevin De Bryune were overlooked in the Ivory Coast international’s picks, while there were surprise inclusions for full-backs Kyle Walker and Benjamin Mendy.

“It is a surprise I name Kyle Walker – he is not yet well known but he can be one of the revelations of the World Cup,” Toure told France Football on his choice for the England right-back.

Despite playing so little in City’s Premier League-winning season due to injury, Mendy’s “impressive” abilities made him stand out as Toure expects him to shine for France.

In a top-heavy 4-2-4 formation, the former Barcelona man opted for Real Madrid duo Casemiro (Brazil) and Luka Modric (Croatia), with De Bruyne (Belgium) and Silva (Spain) not making the cut.

Up top, Argentina’s Sergio Aguero was given the nod alongside France youngster Kylian Mbappe, with superstars Cristiano Ronaldo (Portugal) and Lionel Messi (Argentina) out wide.

“Down the middle, Aguero is no longer the most talented but he is a clever opportunist,” Toure said. 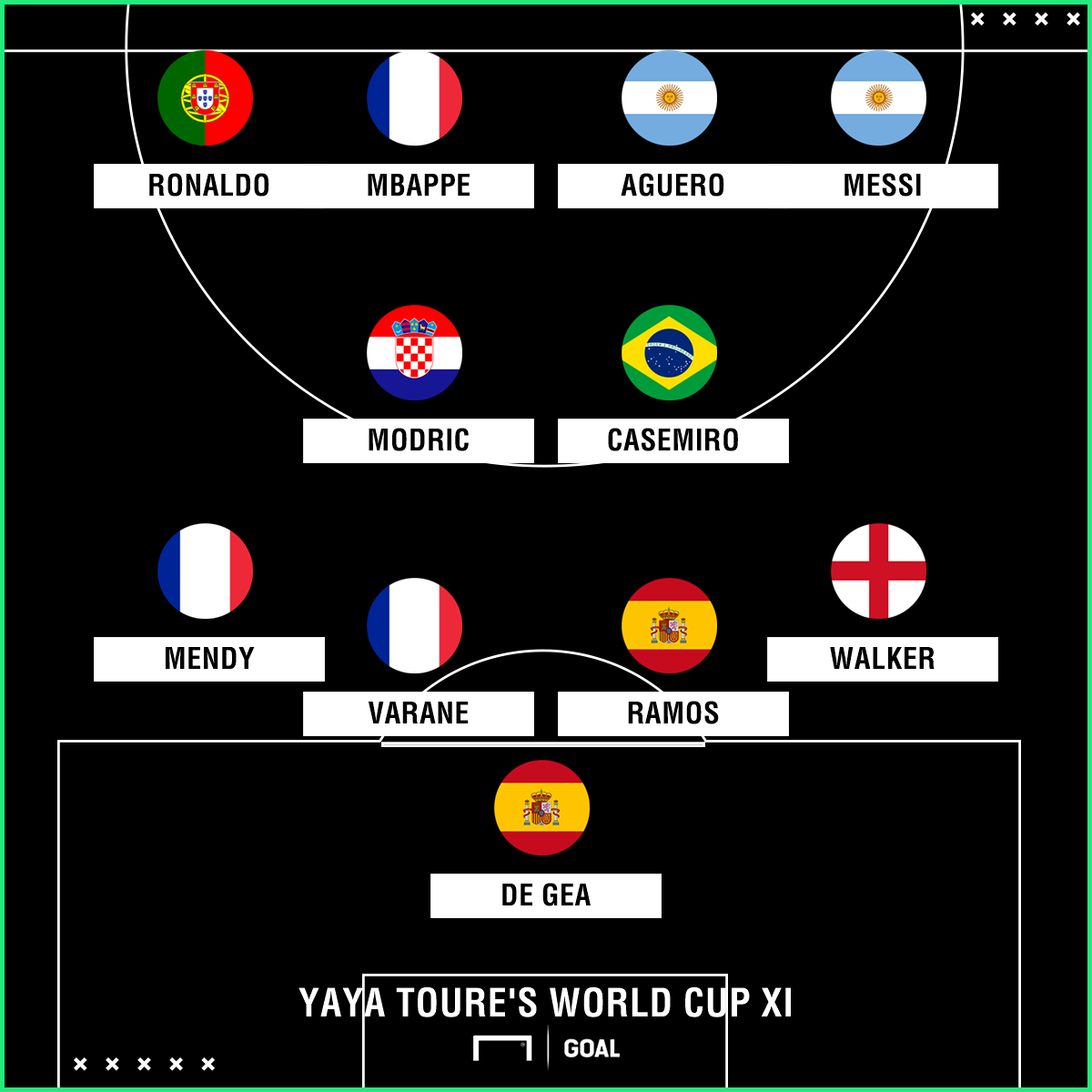