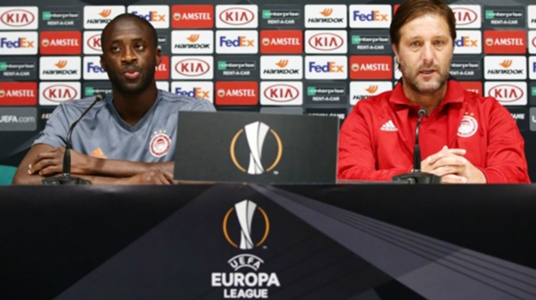 The 35- year-old rejoined the Red and Whites on September 2 after spending eight years with English Premier League side Manchester City.

Toure has a great memory of the San Siro – the home ground of both AC and Inter Milan – having faced both teams while playing for Barcelona.

The Cote d’Ivoire international will be making a return to the stadium when they take on Gennaro Gattuso’s men and he is confident that his side will fight to earn a positive result.

“It’s a great time for me to come back here but the most important thing for me is for the team to make a good game and get the result,” Toure said in a pre-match conference.

“We know we have a big team and we are a new team with many talented footballers and we want to do well, we are proud of the team we have and we look forward to fighting here and doing a good game.”

Toure has only made one appearance for Pedro Martins’ men this season, in a Cup game, but will hope to be involved against the Rossoneri.

Olympiacos are joint-second with Real Betis in Group F with one point behind leaders Milan.