The Chilean calls on his side to finally show their class against Barcelona in the Champions League, while he insists that his job will not be on the line if City are knocked out

Manuel Pellegrini has called on his Manchester City players to prove that they are capable of competing with the biggest teams in Europe as they look to overcome Barcelona at Camp Nou.

The Catalans claimed a 2-1 victory at the Etihad Stadium in the first leg of their Champions League last-16 tie, with Luis Suarez scoring twice before Lionel Messi missed a stoppage-time penalty, meaning that City need two unanswered goals in normal time to progress.

The Premier League champions have yet to progress to the quarter-finals of the competition despite their dominance domestically and Pellegrini hopes that his side can finally show their quality on the European stage.

“This is a good chance for us. Last year, if we had played against another team [other than Barcelona] in the last 16 then we might have gone through,” the Chilean told reporters.

“It’s a good opportunity to prove we are one of the best teams in Europe and the only way to do that is to beat big teams like Barcelona. 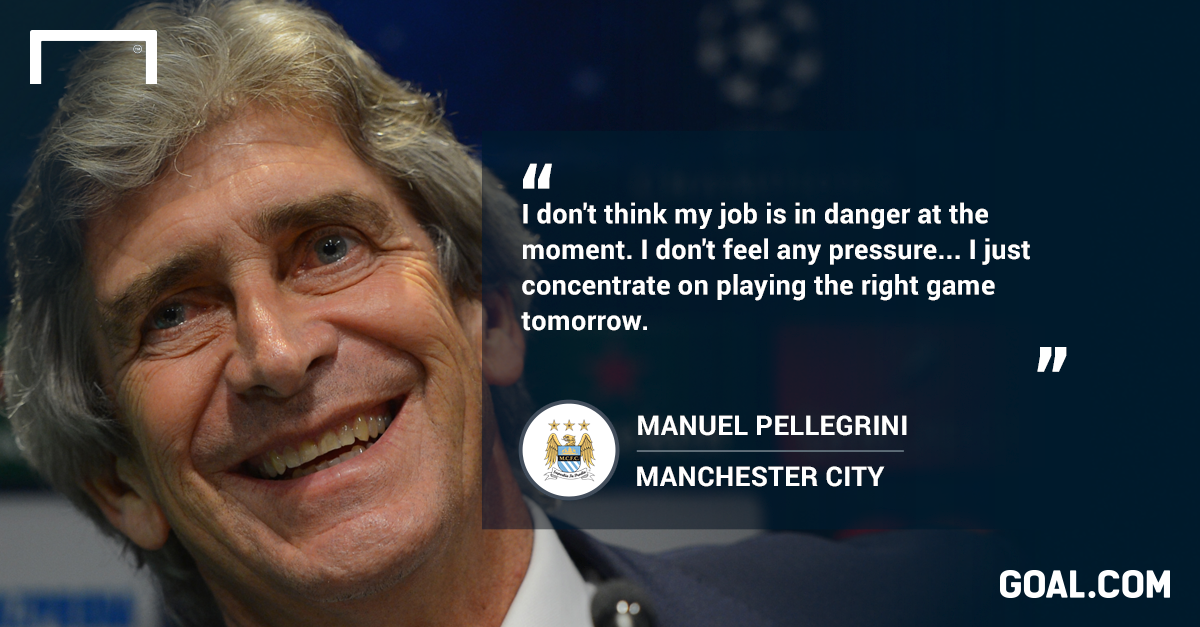 Having slipped up at Burnley and fighting just to cling onto second place in the Premier League table as their title hopes evaporate, Pellegrini is under increasing pressure – though he does not feel that his job is on the line.

“There is no strange atmosphere at Manchester City,” insisted the former Real Madrid and Malaga boss. “We are still second in the Premier League, still going strong and we are going to try to prove that [on Wednesday].

“I don’t think my job is in danger at the moment. I don’t feel any pressure … I just concentrate on playing the right game.”

Having been suspended for the first leg, meanwhile, Yaya Toure will return to the side for the trip to Camp Nou – where he played for three years – and Pellegrini believes that the Ivorian makes City a more dangerous team.

“I always say that we can play without Yaya and win without him but I would prefer to have Yaya in my team because he is a very important player,” he added. “For our team he is very important.”