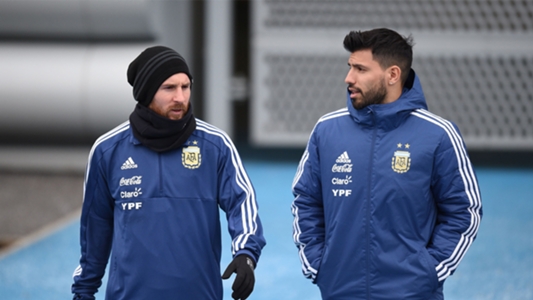 Members of Manchester City’s social media team were offered a glimpse into a parallel universe this week when a video of Lionel Messi’s arrival at the club’s training ground was posted on Twitter.

City’s Abu Dhabi owners have been dreaming of a moment like this since they bought the club a decade ago, and no doubt the Blues’ innovative media department would have been on hand to capture Messi’s every move had he ever arrived at the City Football Academy to seal what would have been the biggest transfer of all time.

Instead, the video was posted to Argentina’s Twitter feed. Messi was simply reporting for international duty, joining up with his team-mates for training at City’s impressive facilities.

By now, City surely know that their persistent efforts to sign Messi will come to nothing. The new Barcelona contract he signed in November, after months of talk about his unhappiness with the club’s board, pretty much ended the Blues’ long-term hopes.

City have made several attempts to sign Messi over the years, to the extent that senior representatives have developed a close relationship with his father, Jorge, and would not have to work too hard to discover the player’s latest feelings and intentions.

In 2011 a City delegation met with Jorge in Sao Paulo, Brazil, to establish the No.10’s plans. At that time Barca had begun their pursuit of Neymar and rumours circulated that Messi was concerned about how the arrival of world football’s next big superstar would affect him.

City wanted to know exactly what was going on and it was suggested at the time that, just after the meeting, the English club launched their own mischievous bid for Neymar – it is said that they did so only to accelerate Barca’s move for the Brazilian, to thrust him and Messi into the same spotlight in the hope that the two egos would clash.

If that is true, it is a plot that failed – Messi and Neymar struck up a fine understanding and conquered European football together.

But City never gave up and in 2014, when Argentina first used the club’s training ground ahead of a friendly against Portugal, every effort was made to impress the forward.

The groundwork City put in over the years very nearly paid off; as recently as 2016 Messi was seriously considering the move to Manchester.

Sources close to the player have told Goal that in February 2016 Messi was excited about the idea of ​​playing with Pep Guardiola, his former coach at Barca, and with his great childhood friend, Sergio Aguero.

Messi told his friends and colleagues that the idea of ​​playing for City appealed to him, especially while he battled tax accusations in Spain and privately protested about a lack of protection from his club.

Guardiola arrived at City during the summer of 2016 and said several times that he wanted to Messi to retire at Barca, but the Catalan’s bosses had other ideas.

Even so, City did not give up and during the past year they stayed in touch with Jorge as yet more rumours surfaced about Messi’s unhappiness at Barca. It was reported last August that representatives of the English club had another meeting with Jorge, and although they deny this version of events it is almost certain that the relationship between them and the father was so familiar – and still is – that they would know if there is any chance of striking a deal.

Instead, all City would have got out of that particular relationship was early notice, some time last autumn, that Messi was to renew his Barca deal until 2021.

Knowing City’s attempts over the last 10 years it is impossible to say that they will not try to sign Messi, now 30, again in the coming years.

But having failed to bring him to Manchester despite his own strong desire in 2016, and despite his grave concerns about the Barca board, it seems almost certain that the only time Messi will wear blue and white at the Etihad Stadium will be this Friday, when Argentina face Italy.