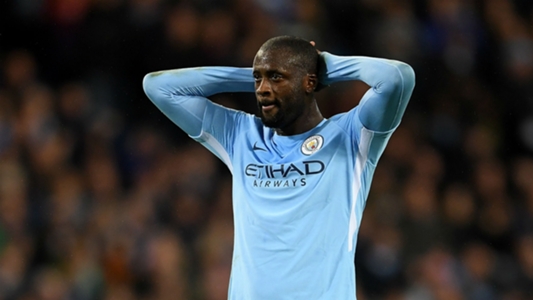 Undefeated Manchester City felt the sharp end of Pep Guardiola’s tongue after letting their standards slip against Feyenoord, according to Yaya Toure.

With qualification to the Champions League knockout stages already secure, Guardiola made seven changes to his starting line-up for the visit of the faltering Eredivisie holders and a patchy, listless contest was drifting towards a goalless conclusion before Raheem Sterling expertly dispatched his 11th goal of the season two minutes from time.

That made it five wins out of five in Europe this term, securing top spot in Group F in the process, while City have taken a remarkable 34 points from the 36 on offer in the Premier League.

Speaking after Saturday’s considerably more impressive 2-0 win at Leicester, Guardiola said he would “kill” his players if they became complacent and strong words were dished out in the aftermath of Tuesday’s match at the Etihad Stadium.

“It’s human nature that sometimes you are a little bit lazy, think you’re super or arrogance can go in your head – especially when you are young,” said veteran midfielder Toure, following only his third start of the campaign.

“You look beautiful and think you’re going to be the best. But you have to be careful because a modest team like Feyenoord, you see they came in and maybe could have surprised us.

“At the end the manager was quite angry with the team, of course. We can do better than that.

“We could have scored [more] because we had chances. We played lazily. You have to focus and respect the opponent.”

We had to be patient but we got the win! Let’s continue to keep this going #ComeOnCity pic.twitter.com/y8Xp5vLvLz
— Yaya Toure (@YayaToure) November 22, 2017

Post-game irritation from Guardiola or Toure’s own frank assessment is unlikely to shift the perception that City are better placed to make a far more convincing bid for Champions League glory than at any other time over their previous six seasons in the competitions.

“I have to stay positive. We are in good form,” said the 35-year-old, a winner under Guardiola with Barcelona in the 2009 final.

“When you see all the top teams, they all struggle a little bit. When I see Juventus, or Madrid, Barcelona – all these kind of teams – we’ve got to be a stronger and better team.

“Statistics mean nothing. We have to play against them and see where we are.”

Under Manuel Pellegrini, City were knocked out in back-to-back seasons by Barcelona after drawing the Liga giants in the last 16.

It is a fate they will avoid this time around as fellow group winners, although this week’s results mean Real Madrid and likely Bayern Munich too will progress as second-place finishers – making them, along with Juventus, potential heavyweight opponents for Guardiola’s men in the new year.

Toure is confident his colleagues are a match for all-comers but added with a chuckle: “No, I don’t want these teams now. Further, further! If all the top teams finish first then it is good.”