Before Wednesday’s sensational developments at the Spain camp in Krasnodar, the most surprising coaching decision taken by one of the nations involved in this summer’s World Cup had been Serbia sacking Slavoljub Muslin last October.

The 64-year-old had led the country to top spot in UEFA Group D, ahead of Republic of Ireland and Wales, yet three weeks after sealing their spot in Russia with a 1-0 win over Georgia in Belgrade, Muslin was relieved of his duties.

Why? Because he refused to pick Serbia’s biggest star, Sergej Milinkovic-Savic.

The midfielder had garnered a reputation as one of the most talented young players on the planet by inspiring Serbia to victory at both the European Under-19 Championship, in 2013, and the Under-20 World Cup two years later. Then, after moving to Lazio in 2015, he justified the hype with a string of dynamic displays.

Yet Mulsin could find no place for him in his Serbia side, feeling that Milinkovic-Savic did not have the requisite skills to play in a midfield two in his preferred 3-4-3 formation.

“The coach is the one that selects players and if he gets a good result, he is right,” Muslin argued. “We qualified for the World Cup without him, didn’t we? Also, Dusan Tadic, who played in his position, had four goals and eight assists! So, it made sense to play Tadic and Adem Ljajic in midfield.

“Would have I called Sergej up for the World Cup. Theoretically, yes. I have nothing against the lad; he is great player.

“But no one has a guaranteed place in the squad.”

Kokeza was dissatisfied with the country’s performances on the road to Russia and, according to Muslin, he was told to “change the way we play and change some players”. The message was clear: he had to pick Milinkovic-Savic. 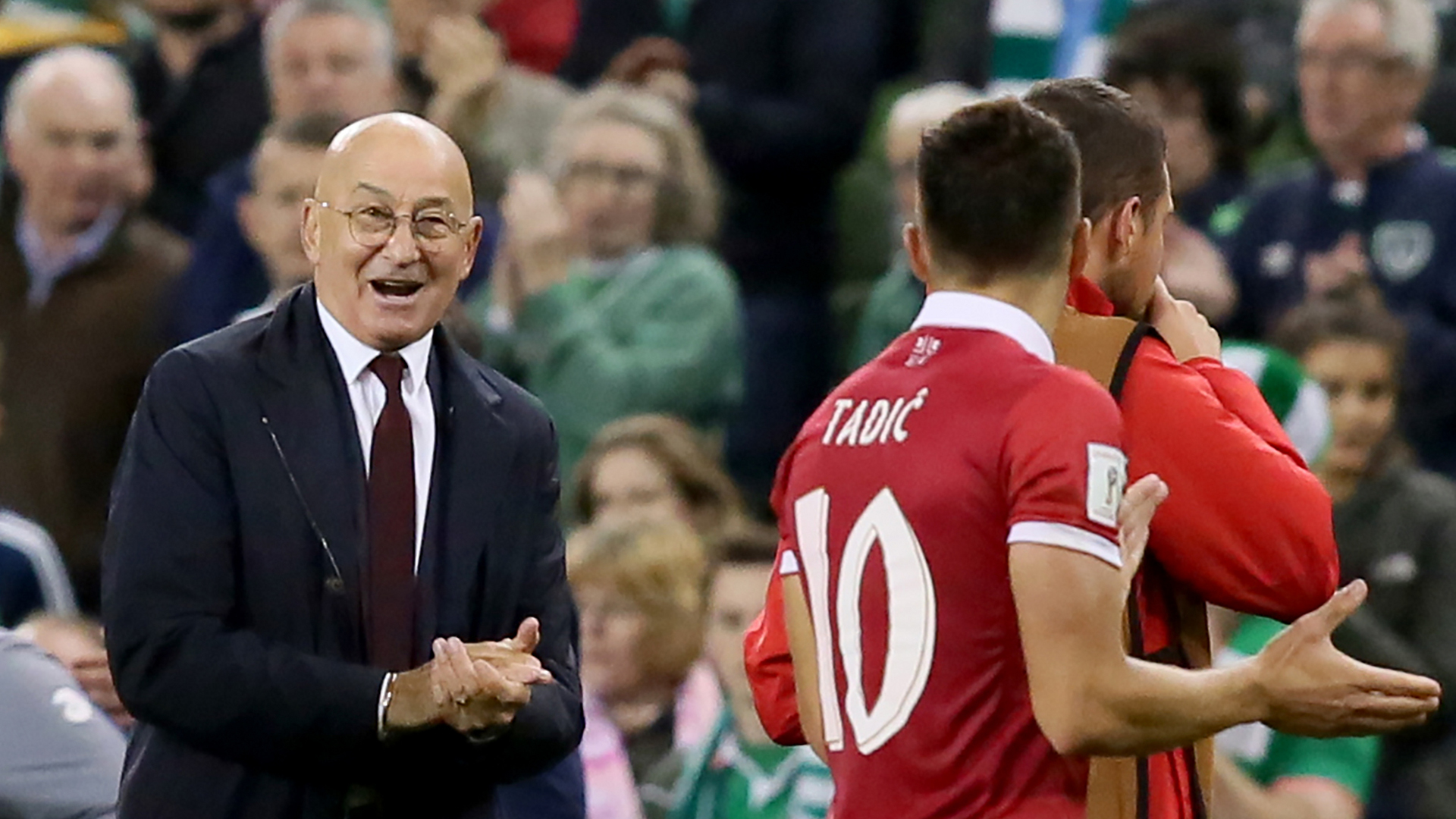 Of course, it was easy to understand why Kokeza felt the Lazio ace warranted inclusion. By last summer, he was being linked with a move to one of Europe’s elite and now, after a spectacular season featuring 14 goals and eight assists in all competitions, he is arguably the most in-demand player in world football.

Muslin’s response to Milinkovic-Savic’s fine form? “He’s playing well for Lazio – so what? [Karim] Benzema is a key striker at Real Madrid and has won three Champions Leagues in a row and he is not in the French national team, yet France don’t play badly because of that.”

Indeed, the suggestion has always been that while Muslin rated Milinkovic-Savic as a player, he was unconvinced by his versatility and, more interestingly, his character.

As far as Muslin was concerned, Milinkovic-Savic never ticked all three boxes. And, it must be said, Muslin is not the only figure in football to have taken a dislike to the 23-year-old. 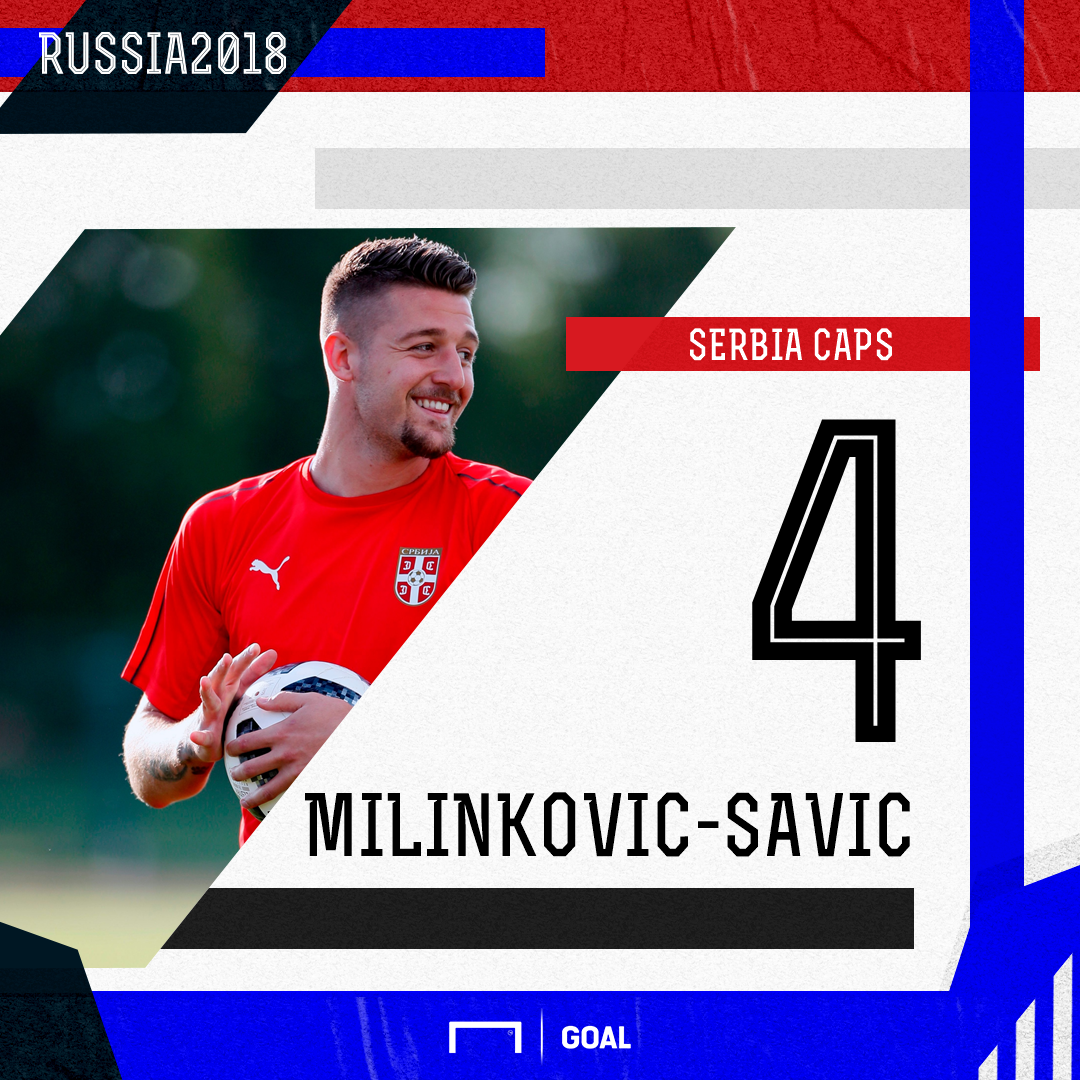 Milinkovic-Savic was literally about to sign for Fiorentina on July 25, 2015 when the Serbian broke down in tears, confessing, “I’m sorry but I can’t. I really can’t.”

Viola sporting director Daniele Prade was as annoyed as he was astounded. He refused to try to change the Genk midfielder’s mind.

“We don’t beg anyone to come here,” Prade declared. “Sergej asked us to hold off on doing the medical so that he could speak with his girlfriend and then decide.

“But, for us, that wasn’t on. If he has issues outside of football to resolve, then we’re going to take a step back and say, ‘Enough’.”

In hindsight, perhaps the Viola should have been a little more patient and understanding – and not just because Milinkovic-Savic, almost inevitably, opened his Serie A account against Fiorentina, in January 2016.

Prade’s hard-line response to his 11th-hour breakdown was perhaps justified but it wasn’t particularly shrewd, as it ultimately paved the way for Lazio to sign the Serbian the very next day for €9 million and the Viola’s loss has proved the Biancocelesti’s gain.

That gain could be about to get a whole lot bigger. 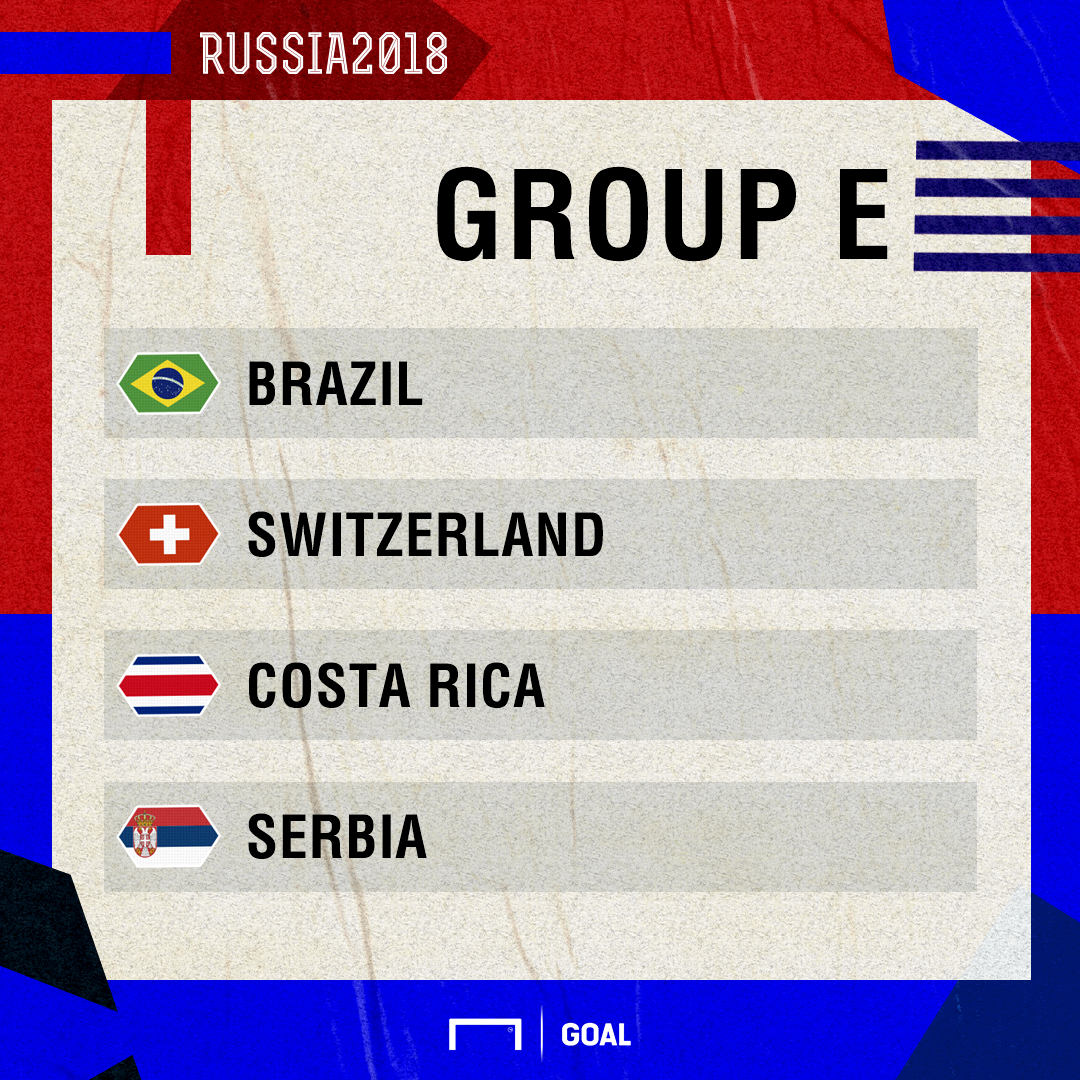 Lazio are set to demand at least €100m for their most valuable asset – and they could get it too, with Juventus interested and Manchester United particularly keen to take him to Old Trafford this summer.

The cost could be prohibitive for the Bianconeri but they are desperate to upgrade their midfield with a genuine world-class talent, while Milinkovic-Savic has made no secret of his admiration for Jose Mourinho either – “He’s is the best manager in the world!” – and he looks a perfect fit for the Portuguese, given he is as physically imposing as he is technically gifted.

His father Nikoka is a former professional footballer, while his mother Milana played basketball – and it is also worth noting that his brother Vanja plays for Torino as a goalkeeper.

He has long been a prodigious talent, too. His agent, former Chelsea striker Mateja Kezman, decided to sign him up after watching just 10 minutes of Milinkovic-Savic in action during a training session with Vojvodina’s youth team.

Hernan Crespo is also in no doubt that the Spain-born starlet would excel in England. “Milinkovic-Savic is a great player,” the Argentine told Goal. “He is a player that plays everywhere. He is very physical.

“If he went to the Premier League next season, he would be great. He plays very well as a physical midfielder and he gets into the box almost effortlessly.

“I think he is ready to play for any club in Europe. I don’t talk about money but he is very strong.”

Indeed, he has even been compared with France and Real Madrid legend Zinedine Zidane.

“That comparison can only flatter me,” Milinkovic-Savic told FIFA.com. “However, I see myself more as a Yaya Toure.

“But I can see myself as a future playmaker. That is how I like to play most, and my last season in Lazio has proved it.”

At this summer’s World Cup, he now has the chance to prove himself worth the €100m fee that Lazio are demanding.

Doing so would also vindicate Kokeza’s decision to pick him to carry Serbia’s hopes in Russia – rather than Muslin.