Two recent award winners could battle it out for the Player of the Tournament prize at this year’s Africa Cup of Nations.

Cote d’Ivoire and Algeria are widely seen as the favourites to win the tournament in Equatorial Guinea and their star players, Yaya Toure and Yacine Brahimi, will be the main focus of attention.

Sammy Kuffour, arguably Africa’s greatest defender and a Champions League winner with Bayern Munich, believes Toure is out on his own as the continent’s biggest global star.

“I look around and I think there’s Yaya Toure, and there’s nobody else,” Kuffour told Goal. “It’s a worry. We need a new generation of African players to come through.”

Toure has been named African player of the year by the Confederation of African Football four years in a row.

The midfield powerhouse has won two English championships with Manchester City and is pursuing another this season. He is also a Champions League winner with Barcelona. 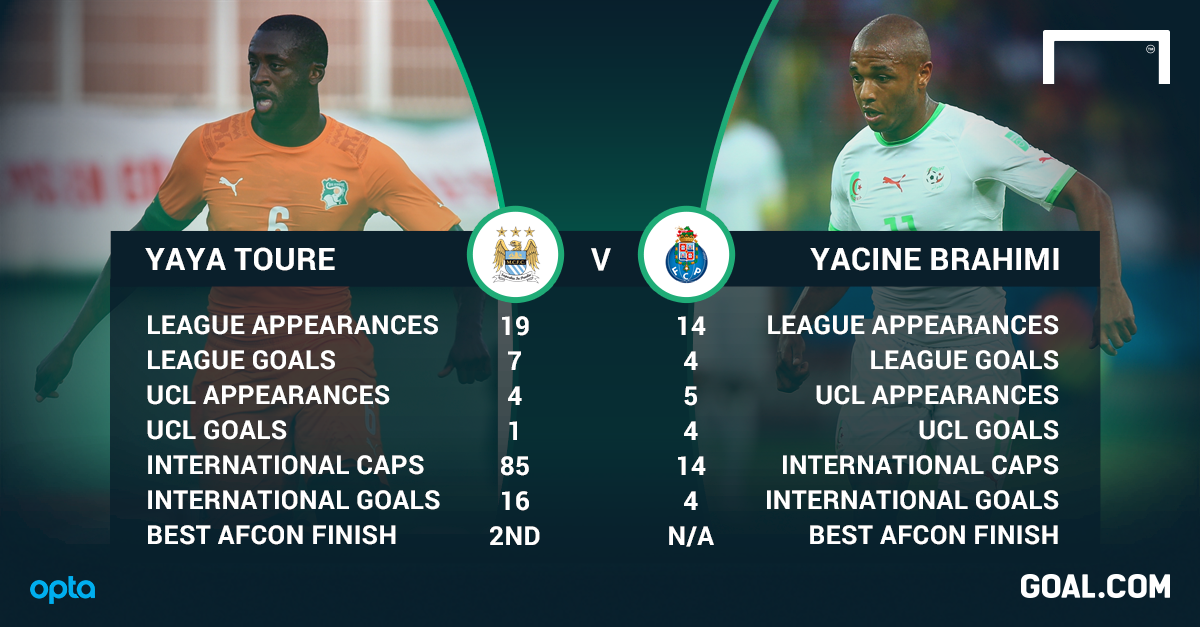 Toure is the new captain of Cote d’Ivoire following Didier Drogba’s international retirement and said before the tournament: “I really want to win the Cup of Nations. I’ll be fighting for it.”

Brahimi was named the BBC’s African Footballer of the Year in December ahead of Gabon striker Pierre-Emerick Aubameyang for his performances with Algeria, who reached the World Cup knockout stage, and Porto.

The 24-year-old who has a top-quality all-round attacking game and plenty of goals to his name for club and country, was also named Arab Footballer of the Year for 2014 by the Arab press.

Brahimi received the award from another Porto and Algeria legend, Rabah Madjer, who said: “He is a fantastic player.”

The winner of the MVP award in 2013 was Jonathan Pitroipa of Burkina Faso, who will be aiming for a repeat. His team are expected to be strong contenders from Group A.

Watch the video above to find out who Ghana star Christian Atsu, South Africa midfielder Dean Furman and Goal experts Peter Staunton, Kris Voakes and Brian Oliver are tipping to be the best player in Equatorial Guinea.