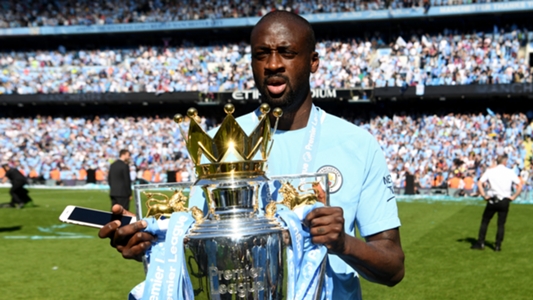 Former Manchester City midfielder Yaya Toure says he is ready for a new challenge after leaving Olympiakos, with his agent claiming that he is focusing on sealing a return to the Premier League.

And, having won three Premier League titles and the FA Cup during his time in England with City, his agent insists he is looking at the possibility of a return to England’s top flight.

“There are many proposals from Arab teams, but also from Asia. Huge offers. But most likely for Yaya is to return to the Premier League,” Dimitri Seluk said, as quoted by Gazzetta in Greece.

“His dream was to fight there and make it happen. He wants to come back there and I think there are conditions for it to happen again.”

Toure had earlier released a statement via Facebook thanking Olympiakos fans for their support, insisting it was time for a new challenge.

He wrote: “I came back for you. I had a vision and wanted to win trophies for you.

“Sadly, it has not worked out but I move on with love in my heart for you all. You have always encouraged me and stood by me.

“But now it is time for a new challenge. My love for football still burns strong.”

Olympiakos confirmed on Tuesday Toure’s contract had been terminated by mutual agreement.

The 35-year-old, who was released by City after playing a limited role last season, was in his second spell with the Greek club after playing for them in 2005-06 and winning a domestic double.

Sky Sports reports he has turned down offers from the Chinese Super League and MLS in the hope of securing a last hurrah in the Premier League.

Before his spell with the current Premier League champions he won two La Liga titles and the Champions League at Barcelona.