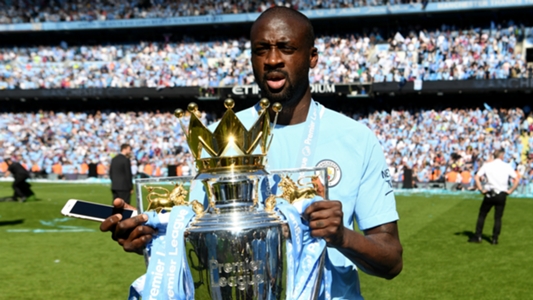 Yaya Toure is “desperate” to stay in the Premier League next season, according to the Manchester City midfielder’s agent.

The 34-year-old, who has made just 16 appearances for the Premier League champions in all competitions this season, is out of contract at the end of the campaign.

His agent, Dimitri Seluk, has revealed the Ivorian has his heart set on a stay in England and will even agree to pay back half his wages if his new club are not satisfied with his performances.

He told Sky Sports News: “Yaya is fit and desperate to prove he’s still the best central midfielder in the Premier League.

“He’s happy to accept a one-year deal to stay in England. And if his club are not satisfied with his performances, he will pay back half his wages, or the club can cancel his contract immediately, with no compensation.”

Toure arrived at the Etihad Stadium in 2010 from Barcelona and has gone on to win three Premier League titles, three League Cups and an FA Cup.

Speaking after Sunday’s 0-0 draw with Huddersfield, he said: “It’s the first club where I’ve stayed for a long time. After eight years of service I think it’s the right time to move on and let the kids continue to take the responsibility.