The 32-year-old had hinted at international retirement but now seems keen on a return at the start of 2016, representing another u-turn in an uncertain period of his career

Trying to keep up with Yaya Toure’s intentions could be a full-time job. The midfielder has flirted with the idea of leaving Manchester City on more than one occasion, only to blame it all on the media or other outside influences. Just this summer he left Inter stood at the altar after a transfer had been put in place.

Having captained the Ivory Coast to long overdue Africa Cup of Nations glory at the start of this year, all the signs pointed to Toure’s international retirement.

“I think now my target is done,” he said. “The time for the youngsters will come soon and we need to let them go on alone.”

Toure’s importance to City was all too clear while he was leading his country in Equatorial Guinea. Of the six competitive matches played in his absence, the Blues won just once. They were joint top with Chelsea when he left, having clawed their way back over Christmas, but by the time he returned they had essentially blown it; seven points behind and out of the FA Cup as well.

He hasn’t played for his country since the penalty shoot-out victory against Ghana in February, and City must have been delighted as he toyed with pulling down the curtain on his international career.

Now, though, he wants to go back.

“I think the next fixture after this will be in 2016, when the qualification for the 2017 African Nations Cup continues. In any case, I’ll be ready.”

Manuel Pellegrini always insists he is delighted for his players to represent their countries, but you would imagine the prospect of his return will not be relished by everybody at the Etihad. 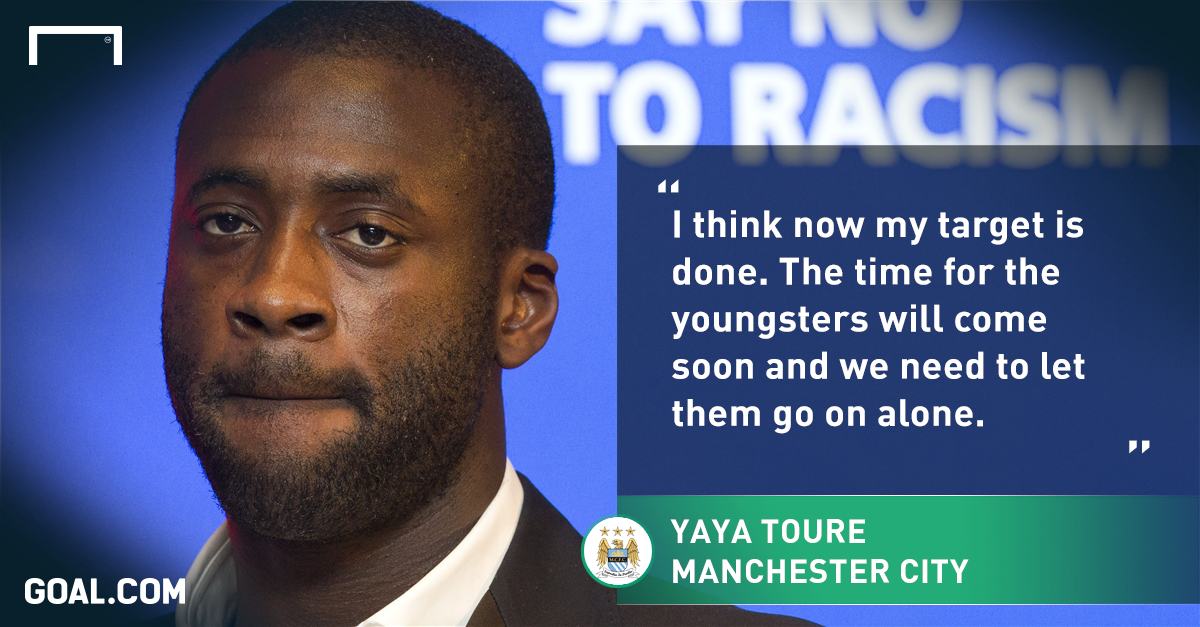 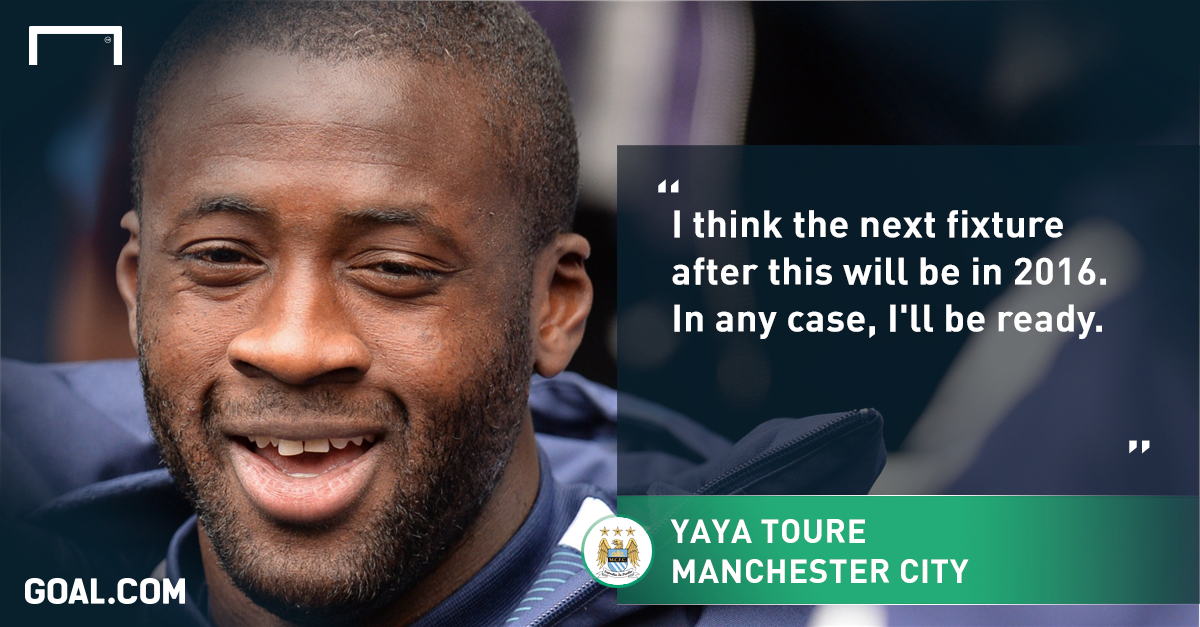 His City appearances this season may not have been managed as closely as people expected but, here and there, he has shown that with some rest he is still capable of the all-conquering midfield performances which delivered the club’s first trophies in a generation.

In truth Pellegrini has possibly played his old general too often. After being taken off with 10 minutes to go of the opening victory against West Brom, he played every minute – bar one – in Premier League and League Cup competition until he injured his hamstring at Tottenham. Even then he was rushed back against Borussia Monchengladbach and had to come off at half-time.

He has looked increasingly tired already this season, but clearly wants to play every minute – he exchanged words with Pellegrini, the man to which he attributed his decision to stay at the Etihad, on the touchline when he was withdrawn in stoppage time against Norwich City. 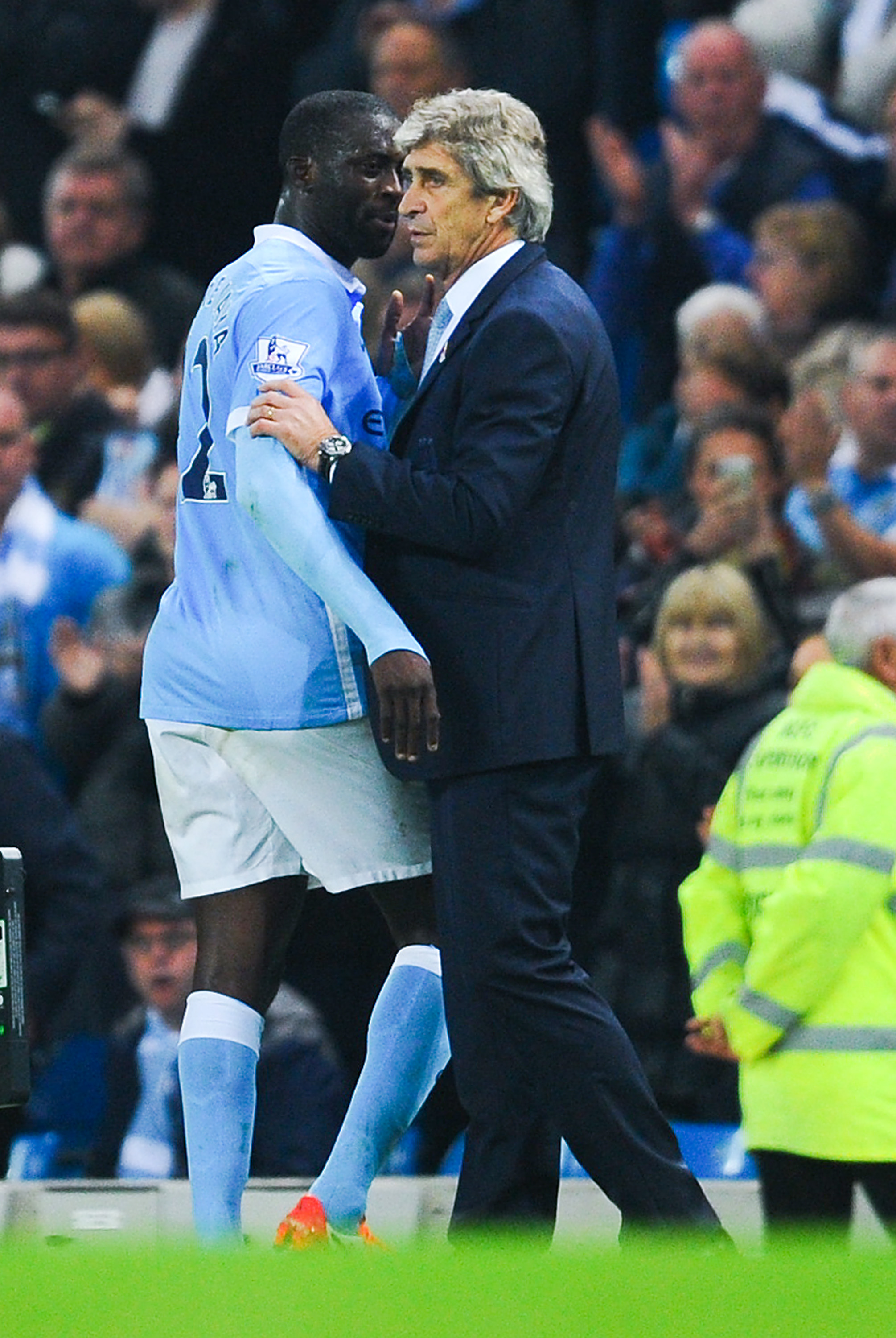 There may be more clashes to come when David Silva returns to full fitness. The Spaniard is perhaps one of the few figures to have been more important to City’s recent success than Toure, and was enjoying a fine season until he got injured while playing for Spain in October.

Toure should be praised for his role in the fine, potentially seminal, victory in Seville but could be the one to make way for Silva’s return, which also causes headaches over the position of Kevin De Bruyne – one of the main reasons Silva and Sergio Aguero have not been too keenly missed – and the two speedy wide men, Raheem Stering and Jesus Navas, who bring a different kind of threat.

Toure may find a role alongside one of Fernando and Fernandinho, but in the biggest games the two Brazilians have shown that they should be the first-choice deep-lying pairing.

What it means in the long run is a wealth of options for Pellegrini, but it also leaves us once again pondering Toure’s short- and long-term future at the club.

A move to Inter was very much on the cards until owner Sheikh Mansour and chairman Khaldoon Al Mubarak intervened, urging him not to finish his City career on a sour note. The decision to keep Pellegrini at the club also played a part, with Toure extremely respectful of the Chilean’s delicate handling of off-pitch issues.

Come this summer, Toure’s deal will have 12 months left to run and a move to MLS has been touted. 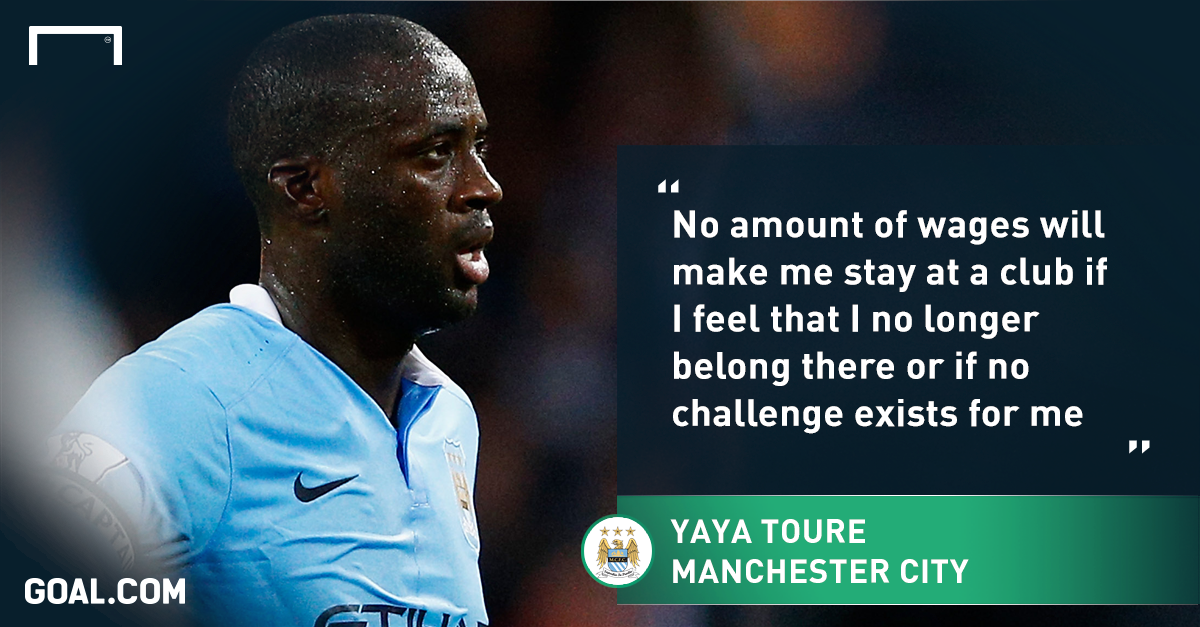 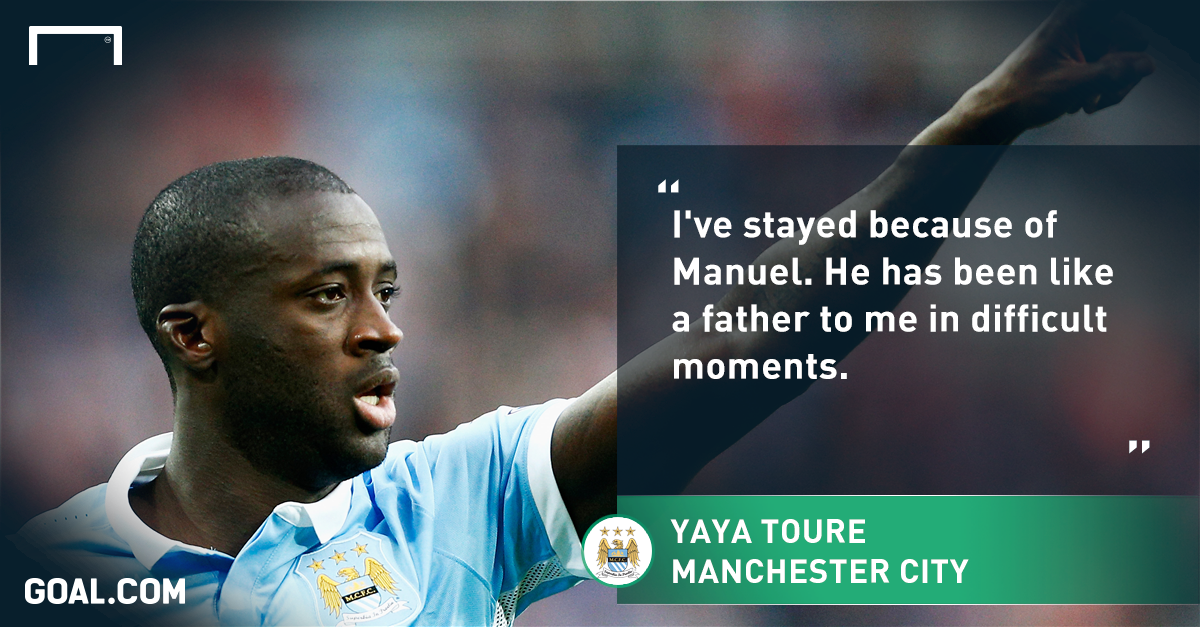 There are question marks over Pellegrini’s future, too, given the constant links with Pep Guardiola. Toure’s assertion that he “stayed because of Manuel” may suggest a change of scenary is on the cards should Txiki Begiristain and Ferran Soriano succeed in bringing their old Barcelona colleague to Manchester.

Toure and Guardiola have worked together before, of course, and to great success. But despite winning the treble in 2008-09, it is said in Spain that the two did not enjoy a great relationship – much like Samuel Eto’o – and Guardiola was happy to continue his revolution without certain big-name players despite their important contributions to his first campaign in charge.

Regardless of the possibility of Guardiola taking over, Toure’s own City future is in sharp focus once again.

The club are on course for Premier League glory and an improved showing on the European stage. Little over six months ago Toure, in his latest round of hint-dropping, suggested he was after a new challenge, only to stay on for one more push with City. How the next few months pan out will have a big say in whether this is his last hurrah.