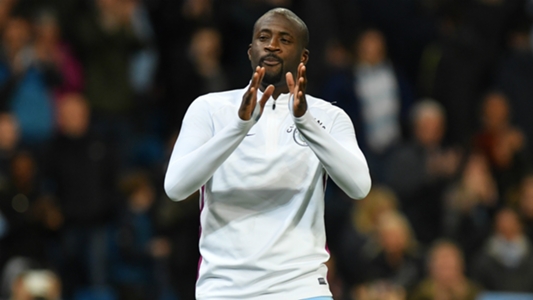 Yaya Toure has passed a medical in London and is “close to signing a new contract”, the player’s agent has claimed.

Toure, 35, has been a free agent since leaving Manchester City at the end of last season.

The Ivory Coast star was linked with a move to West Ham to reunite with former City manager Manuel Pellegrini, but the Hammers boss dismissed those rumours two weeks ago.

It appears Toure is poised to complete his next move, though, with agent Dimitry Seluk stating a deal was close on Tuesday.

“Toure has passed a medical in London,” he tweeted. “Yaya is close to signing a new contract.”

Toure @YayaToure has passed a medical in London. Yaya is close to signing a new contract.
— Dimitry Seluk (@dmitriseluk) August 28, 2018

Toure won three Premier League titles with City but left in somewhat acrimonious circumstances, when he accused manager Pep Guardiola of having “problems with Africans”.

Guardiola responded to the allegation by saying: “It’s a lie and he [Toure] knows it.”

Toure began his professional career in Belgium with Beveren, and had spells in Ukraine, Greece and with Monaco in Ligue 1 before coming to prominence with a move to Barcelona in 2007.

After three years at Camp Nou City swooped to take Toure to the Premier League, and were repaid with eight years of sterling service that saw the midfielder become a club idol.

He made a total of 316 appearances in all competitions for the Citizens, scoring 79 goals and winning a total of six trophies.