For 20 minutes it seemed as if we were set for another evening of magical Manchester City football.

Raheem Sterling and Gabriel Jesus scored the type of goals they, and their team-mates, have been scoring for fun in recent weeks, while Kevin De Bruyne was centimetres from curling in another sublime effort which would have rubber-stamped his position as England’s finest player.

In the end, they were trying to keep the ball in the corner, like mere mortals.

Yet, in a way, it served as further evidence that this City side, despite what many are predicting, will not fall away like they did last season; that they are the real deal. 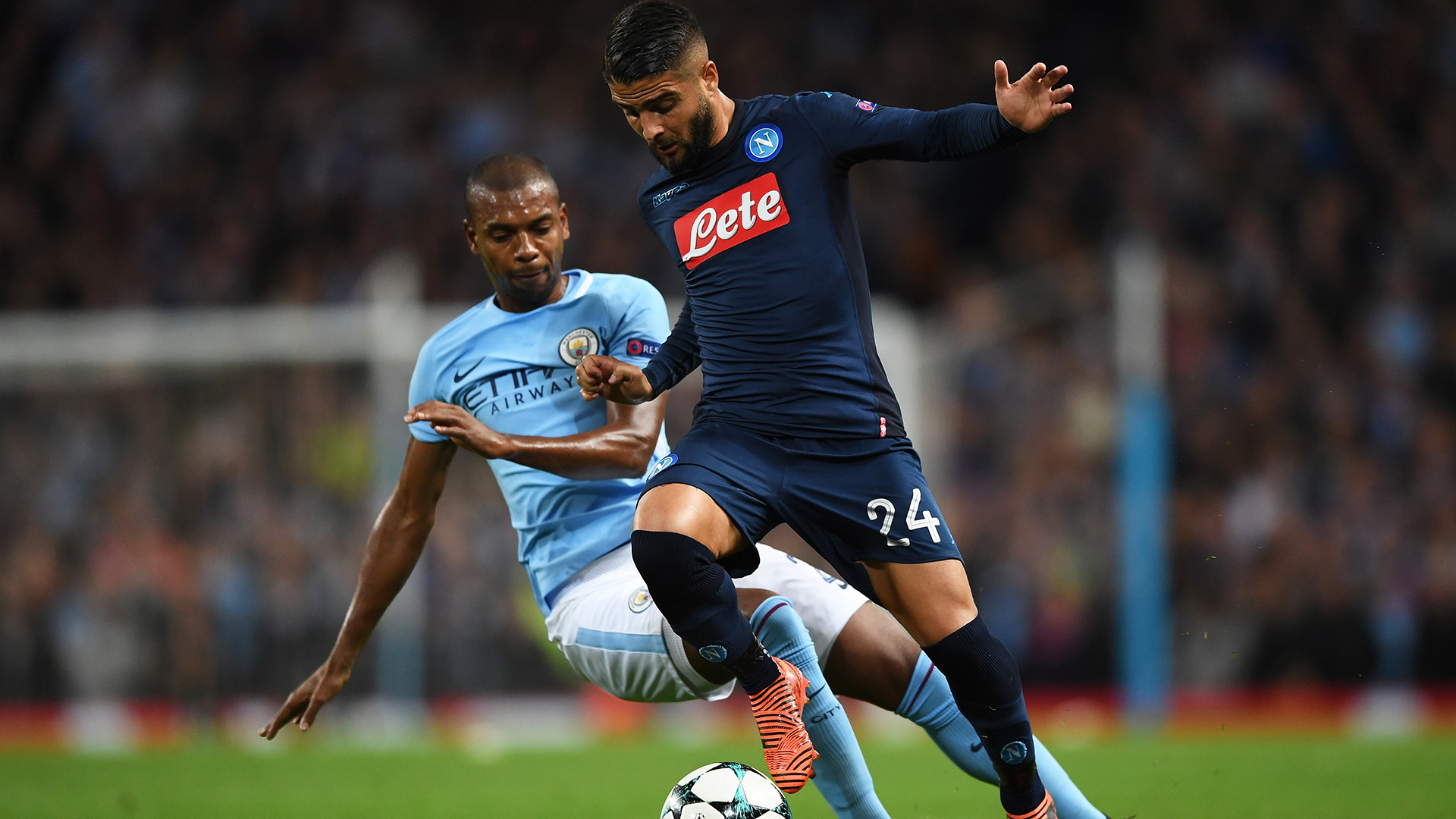 It should go without saying that they will not win every game, and they could yet be troubled by injuries (as any team could), but those cautioning against “getting carried away”, or using last season’s evidence as proof that Guardiola’s men will suddenly implode, are barking up the wrong tree.

Yes, City also started last season by winning their first 10 games in all competitions, with full-backs coming into midfield and everything looking rosy.

First of all, though, they were playing nowhere near the standard they have set in the last month or so. Last season they were playing well, but a lot of the time it was good Premier League football. This is phenomenal football. One is tempted to say that this is Pep Guardiola football.

They are simply much better than they were last year. And that leads us on to the next point.

Guardiola will not force completely new, considerably tougher tactical demands on his players in the coming weeks, as he did last October. The squad was ill-equipped to cope the big shift to three-at-the-back because the full-backs were simply not capable of doing what Guardiola wanted, and he did not revert to a back four until it was too late and they were out of the title race.

The other side of this coin – the most pertinent point and the thing that City’s rivals should really be concerned about – is that the players have come through last season’s troubles and are better for it. Guardiola stuck to his guns through the tough times, there was no equivocation and, as a result, the squad know what Guardiola wants, and they know how to do it.

And then there are the individuals. Claudio Bravo played a huge part in City’s downfall, with his knack of not just letting in most shots that came at him, but doing so at exactly the wrong moments. Ederson, by contrast, is an impenetrable wall. And his distribution is even better than that of Bravo, who never really had a problem in that department anyway. 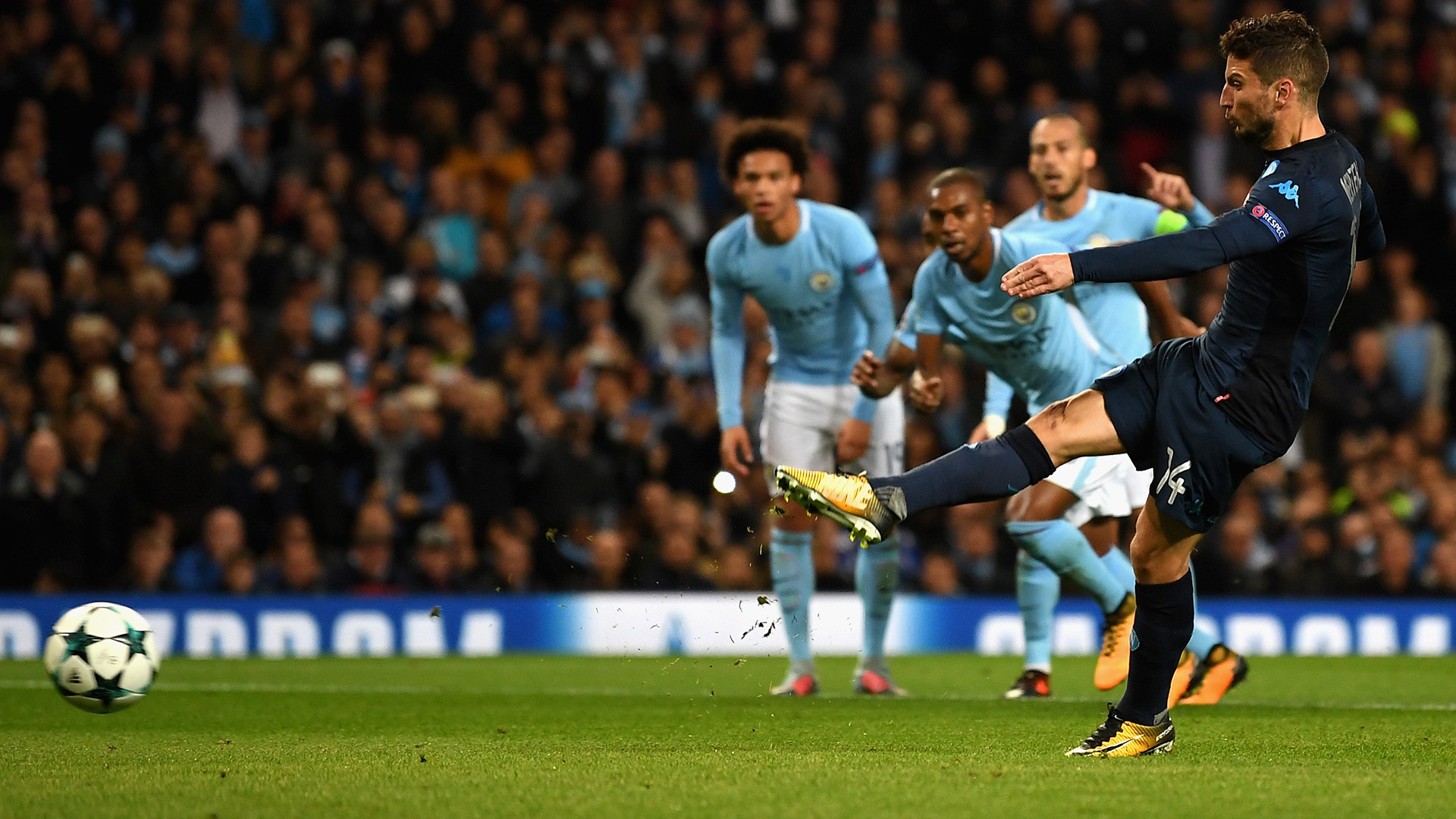 Much has been written about City’s new full-backs and indeed they are far better than any of last season’s options. The same goes for Fabian Delph, a ‘new full-back’ in a different sense.

John Stones looks a new man in this set-up, too. Not because he is offered more protection, because he isn’t, he just simply looks stronger and smarter. And superb in possession. Nicolas Otamendi’s improvement has been even more marked. Quite simply he has been excellent.

David Silva, although a little sloppy on Tuesday, is perhaps playing the best football he has ever played. De Bruyne, as already mentioned, is the best player in the Premier League and up there with the very best in Europe.

Guardiola seems to have fixed his side’s problems in front of goal, too. Last season, his wingers were crossing to one central striker, who could easily be crowded out. Now, the full-backs, or David Silva, are crossing from the by-line to three or four forwards stationed in the box.

So many of City’s attacking players have so many goals and assists because they are so close to the goal they simply cannot miss. So it proved for both goals on Tuesday. They are almost trademark City goals now.

Yet for those early goals they did not do what they have done in recent weeks; they did not capitalise on those early strikes and register a convincing victory. The Italian press at the Etihad Stadium were raving about Guardiola’s side, probably because they know how good this Napoli side are (a point that should not be forgotten), though the eventual scoreline will hardly send reverberations around Europe.

That shows that there is still a lot of work to do. Of course there is. Guardiola admits as much himself – another scary prospect for the rest.

You could reel off a list of games where City did exactly that in 2017-18 – after Monaco away there were calls for Guardiola to change his ways. Yet it is because of those games that they will so rarely be pulled apart again. Guardiola did not change his ways, the City players stuck with him, and we are seeing the benefits.

This team is made of stronger stuff.