Jesus suffered a knee ligament injury during Sunday’s goalless draw at Palace, and following tests in the past 48 hours he has been ruled out for close to two months.

With City still active in four competitions, Jesus’ absence will leave Pep with reduced options up front in a hectic start to 2018.

“Gabriel will be out four to six weeks, maybe a bit longer, hopefully as soon as poosible,” Guardiola confirmed.

Kevin De Bruyne also suffered what appeared to be a nasty injury at Selhurst Park but proved his fitness on Tuesday afternoon and informed Guardiola that he was ready to start against Watford.

“Kevin went out on the pitch at four in the afternoon, proved himself and wanted to play,” he added. “He had some pain but wanted to play, if he wants to play then i want him to play.

“It says a lot. Nothing will change the opinion of his quality, everyone knows about his quality but we will get a step forward if we win, towards being champion. The club, the manager, the staff, the players, Kevin wanted to play and his desire is what we have to follow.”

De Bruyne’s midfield partner Silva also returned to City action on Tuesday having missed games against Tottenham, Leicester City, Newcastle United and Crystal Palace in recent weeks. The Spaniard has been dealing with a family issue, and may need more time off in the coming weeks.

“It doesn’t matter if we drop a lot of points while he is not here, family is the most important thing.”

WHAT GAMES WILL JESUS MISS? 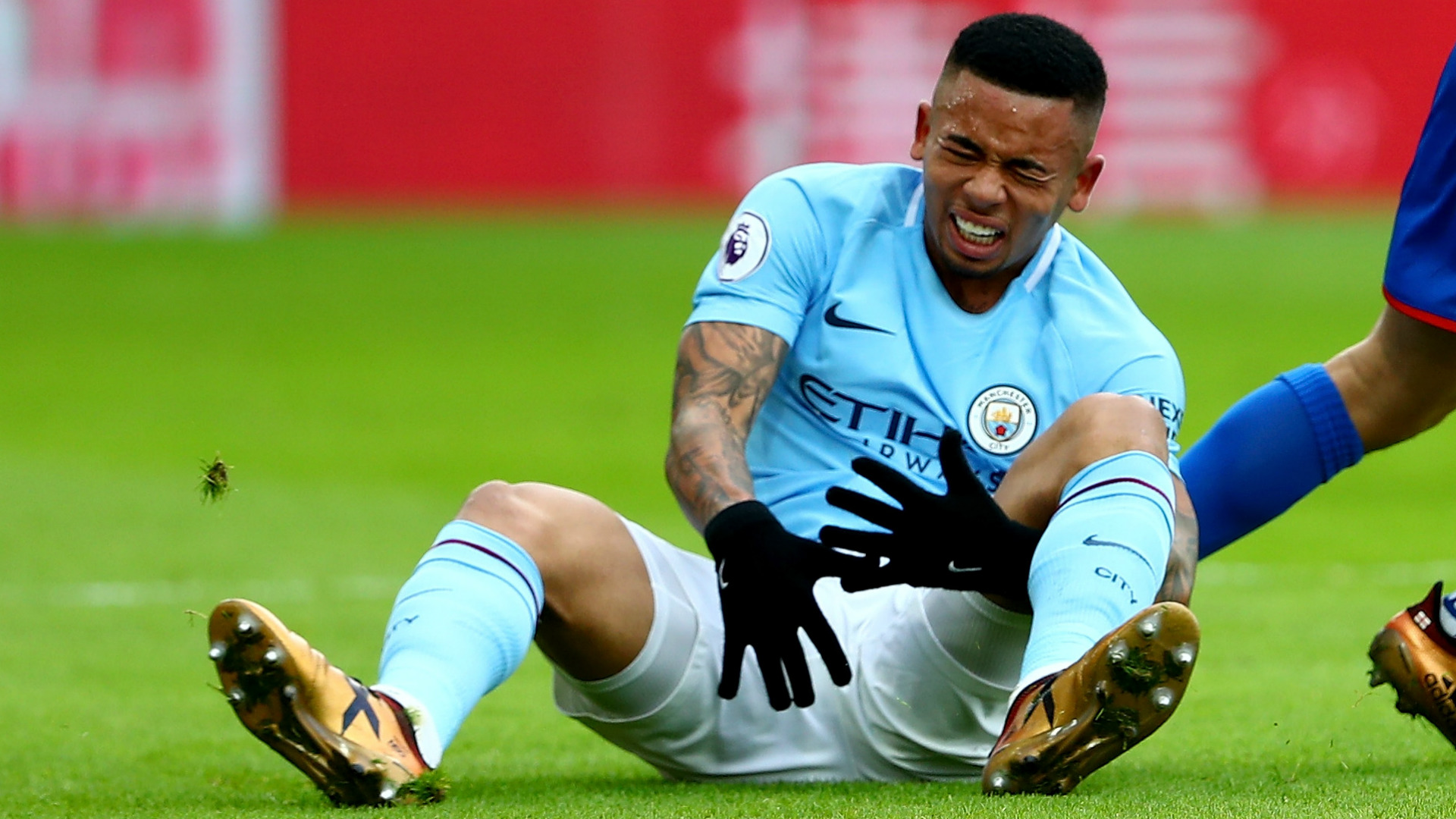 If Guardiola’s prediction is accurate, City will be left sweating on the fitness of their young striker ahead of perhaps the biggest games of the season so far.

The club resume their Champions League campaign on February 13 against Basel, exactly six weeks away as of Tuesday. Jesus, then, will face an uphill struggle to recover in time for that first leg in Switzerland.

City’s return clash at the Etihad Stadium, on the other hand, falls on March 7, a date for which the Brazil international should be more than ready if his rehabilitation proceeds as expected over the next two months. 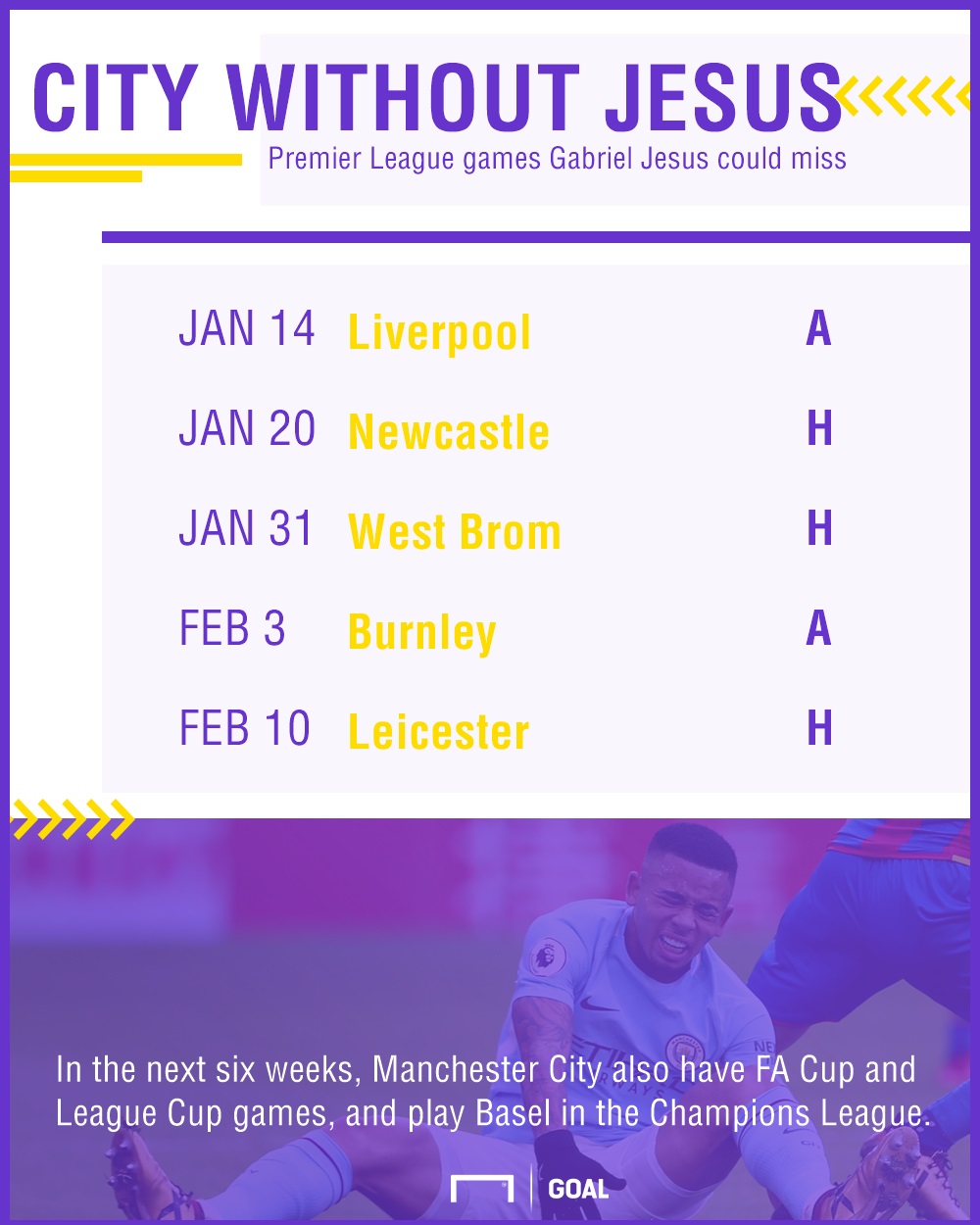 In the Premier League, meanwhile, Jesus could miss up to five clashes, with either February 10’s home test against Leicester or a visit to Arsenal two weeks later the most likely venues for his return.

He will also be absent for both of Manchester City’s Carabao Cup semi-finals against Bristol City, as well as Saturday’s FA Cup third round clash at home to Burnley.