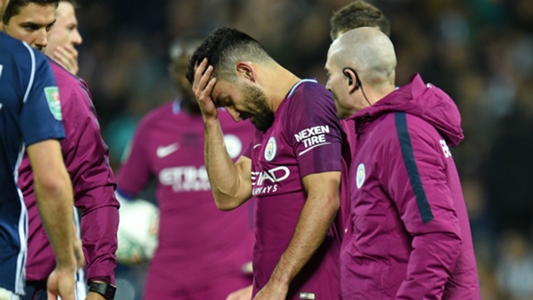 Gundogan was forced out of the Carabao Cup win at the Hawthorns, his first start following a nine-month lay-off with a knee injury, prompting fears he had suffered another serious set-back.

The Germany international appeared to be in some distress while being treated on the pitch by City medics, though Blues boss Pep Guardiola insisted after the match that the injury was not serious.

Sources have told Goal that further tests at City’s medical facilities on Thursday have indicated that the midfielder has suffered a mild sprain.

The Germany international, 26, hopes to be back in training next week.

The former Borussia Dortmund man damaged cruciate knee ligaments in December and only made his first appearance of the season as a substitute against Watford on Saturday.

It had been feared that the central midfielder could be set for another lengthy spell on the sidelines, as Claudio Yacob’s challenge left him clutching both his knee and ankle.

The sprained knee is not the same one which was damaged at the back end of last year, however.

And while he will miss games against Crystal Palace Shakthar Donetsk, as well as being doubtful for the Chelsea game next weekend, there is a sense of relief around the City training ground.