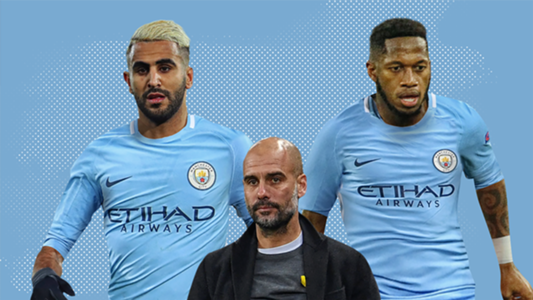 Both Riyad Mahrez and Fred may have missed their chance to join Manchester City, despite the Premier League leaders’ desperation to sign them during the January transfer window.

Goal understands that City have cooled their interest in Shakhtar Donetsk midfielder Fred, news which will come as a major surprise not just to many of the Blues’ followers, but perhaps to key figures inside the club.

As recently as early February certain senior members of staff had been talking as if a deal for the Brazilian had been all but wrapped up, with the Blues keen to sign him in the summer having failed to persuade Shakhtar to sell in January.

However, City’s most influential decision makers are now stressing that Fred is far from their only option.

Guardiola is a big fan of the midfielder and believes he would be able to replace Fernandinho at the base of City’s midfield within the next two years, but it is understood that one of the key factors behind the Blues’ concerted efforts to sign him in January was that he was the only one of their targets who was seen as a viable winter purchase.

However, City are now assessing other options ahead of the summer window, as they believe a better deal may present itself. Their interest in Fred is not dead, but they are nowhere near as certain to sign him as previously thought.

Mahrez, who went on strike in a bid to join City, could also be left disappointed. The Algerian also ticked the boxes of what City wanted in January and the league leaders were hopeful that he would be able to force Leicester City into selling him.

But sources told Goal during the January window that the Blues have four names on their list of forward targets, and Mahrez only found himself at the top of it temporarily – because he was the only one most likely to sign in January.

With other players on their four-man list likely to become available before the start of next season, Mahrez is not first choice as it stands right now.