Manchester City racked up another convincing scoreline against bottom club Crystal Palace, proving that they have the best collection of attacking players in the league.

Leroy Sane was a somewhat surprise inclusion in the City side, but it was he who opened the scoring with a wonderful piece of individual brilliance, plucking a high ball out of the air, flicking it over Scott Dann and finishing through Wayne Hennessey’s legs.

The German then set-up Raheem Sterling with an inch-perfect cross to make it 2-0, underlining once again that there is much more to his game than his ability to dribble past players at pace.

It is that variety in attack which makes City so dangerous. Kevin De Bruyne played the ball to Sane in the build-up to the second goal, and it was the Belgian’s excellent ball to the back post which allowed Sergio Aguero to square for Sterling to tap in his second of the game. That’s five goals in his last four games for Sterling, having scored five in his last 31 games.

Sane then put in a superb cross for Aguero to head in his seventh goal in seven games. 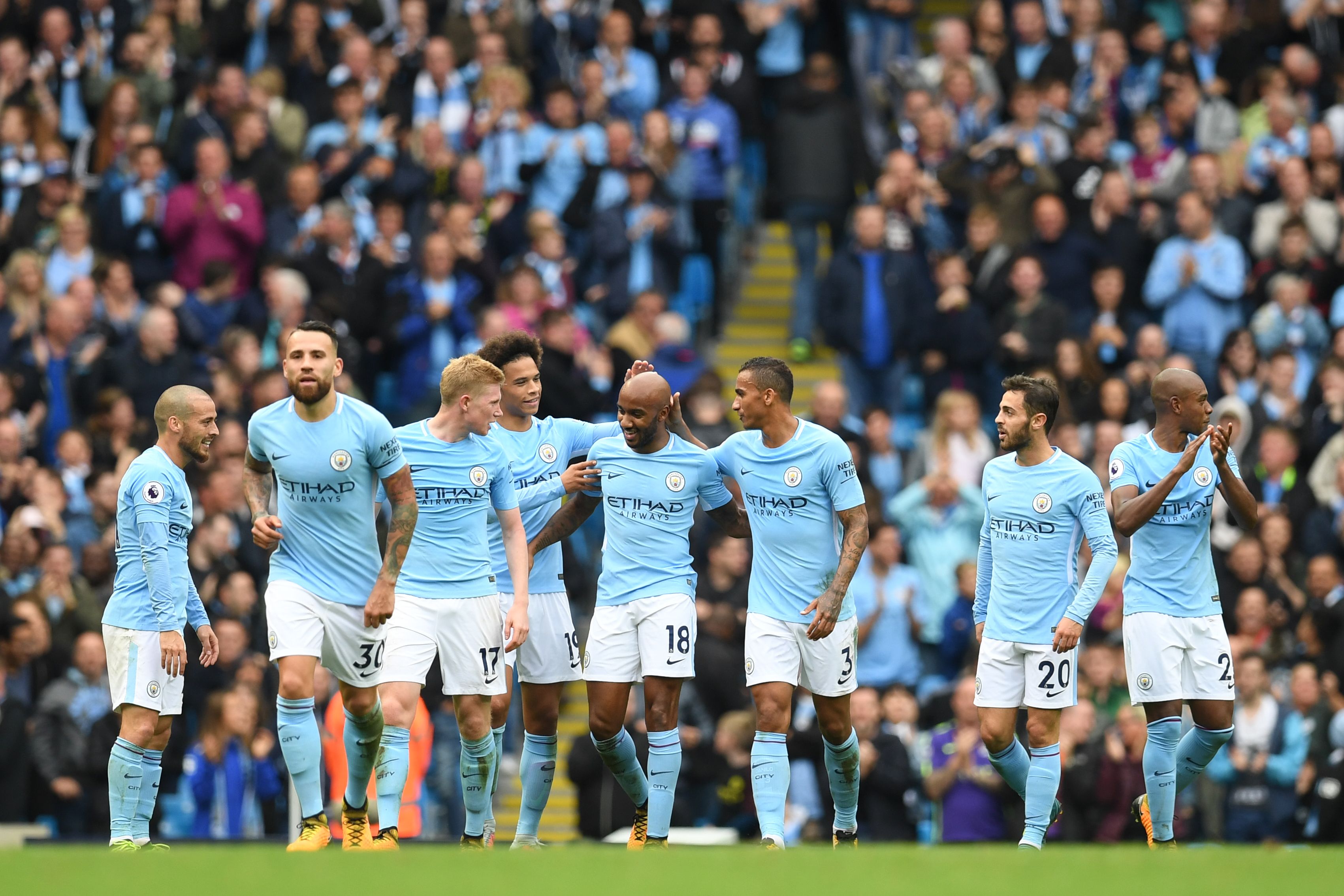 De Bruyne and David Silva, who passed to Sane for the first, are working wonders in the middle of the pitch, providing City’s forwards with chance after chance. Silva managed seven Premier League assists last season, but his two against Palace take him to six in total already.

And with Aguero looking hungry for goals but just as eager to set up his team-mates – which was best demonstrated when he squared to Jesus against Liverpool – Premier League defences need to be on the look-out.

This victory was achieved with both Jesus and Bernardo Silva, who is slowly but surely showing his wonderful talents for his new club, on the bench. Jesus did not even get on the pitch.

Fabian Delph’s late cameo – and superb goal – showed he could well be another useful (and unexpected) option in midfield, even if there are still problems in defence; Benjamin Mendy’s injury here highlighted how City are short of another left-back, while Vincent Kompany is currently out with another calf problem.

But with seven attack-minded players who are all capable of taking teams apart by themselves, there will be few teams, either in England or further afield, who will be able to cope with City in this mood.

City have got by far the best attack in the Premier League
Posted by Sam Lee on Saturday, 23 September 2017