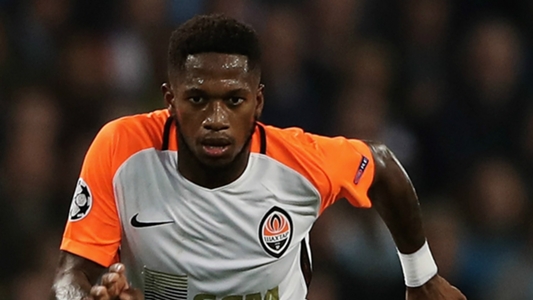 Manchester City will move on from their Alexis Sanchez disappointment by aiming to push through moves for West Brom defender Jonny Evans and Shakhtar Donetsk midfielder Fred, Goal understands.

City chiefs, including sporting director Txiki Begiristain, held a meeting to discuss their January plans ahead of Saturday’s victory against Newcastle United.

The Blues have been in negotiations with West Brom regarding a move for Evans over the past few days, although rumours that a deal has already been struck are believed to be wide of the mark.

The club are hopeful of wrapping up a deal for Brazil international Fred this month, although he is unlikely to arrive at the Etihad Stadium before the end of the season.

Goal first reported in Decemebr that Fred, 24, is among a list of names being considered by Pep Guardiola as a long-term replacement for Fernandinho.

It has long been City’s intention to bring in a deep-lying midfielder in the summer of 2018, though Goal also revealed earlier in January that they are working to wrap up their business early by putting a deal in place this month.

The Premier League leaders have held numerous discussions with Shakthar in recent weeks and are hopeful an agreement will eventually be reached, although the exact structure of the deal, which is likely to cost upwards of £40 million, is yet to be agreed upon.

Evans came close to joining City during the summer but the move faltered partly because Eliaquim Mangala did not leave the Etihad on transfer deadline day. Goal has learned that Mangala will stay at City for the rest of the season even if Evans joins this month.

Mangala will be kept around as additional cover as Guardiola cannot be certain of Vincent Kompany’s fitness. The Frenchman will be allowed to leave at the end of the season, however, and City will pursue a top-level central defender. That would also leave Kompany’s future in question.

City have also been keeping tabs on sought-after Nice midfielder Jean Michael Seri. The Ivory Coast international attracted the interest of several clubs, including Barcelona, during the summer, and the Blues have taken a keen interest in his situation in recent weeks.

Goal understands Nice would be willing to agree a deal to sell the 26-year-old this month and let him go at the end of the season, which is the type of agreement City are keen to reach.

But for now the Blues have prioritised a move for Fred.

City officials have been impressed by the Brazilian’s resolve to join the club and indeed he himself said this week that he is ‘waiting impatiently’ for a phonecall from Guardiola, although he did play down the attempts made to sign him so far.

“At the exit of the locker room, he stopped me and said we had a good game, as they are a very difficult team to beat,” Fred told the Gazzetta dello Sport of his encounter with the Catalan following Shakhtar’s Champions League clash with City this season.

“But he did not ask me to play with him. However, I confess, I wait impatiently for his call to arrive now.

“I think I would grow a lot with him, England is the best league in the world, and I’ve always dreamed of playing there.”

Fred recently agreed a five-year deal with Shakhtar but the Ukranian club have a good relationship with City and the renewal is not thought to pose any problems as both sides work towards a transfer.