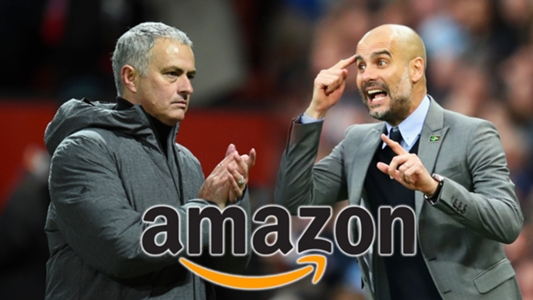 Amazon have been recording behind-the-scenes footage from every Manchester City game this season as part of a £10 million agreement with the Premier League leaders.

The internet giants have been given unprecedented access at the club, and have already secured hours of footage from training sessions, team meetings, matches, and landed exclusive player interviews.

But sources have told Goal that Amazon’s camera crew will not be permitted access to several key areas within Old Trafford for Sunday’s derby.

United have made the dressing rooms and players’ tunnel off-limits, meaning Amazon will be deprived of intimate footage from one of the biggest games of the season.

City sources have told Goal they believe United are points-scoring ahead of the top-of-the-table clash, though the Red Devils insist the tunnel area is already full with media rights-holders from around the world.

Pep Guardiola had initially refused to sanction a behind-the-scenes documentary when he first arrived at the Etihad Stadium last summer, but was more open to the idea ahead of the current campaign and eventually gave the thumbs up after consulting his players.

Netflix had been in the running to buy the rights from Mediapro, the Spanish company who have been collating footage since the start of the season, but it was Amazon who clinched a deal in October.

In addition to their work around the City training ground and at various Premier League stadiums, the Catalan camera team have also documented Benjamin Mendy’s knee surgery and initial rehabilitation period in Barcelona.

The multi-episode series is expected to be aired next summer.