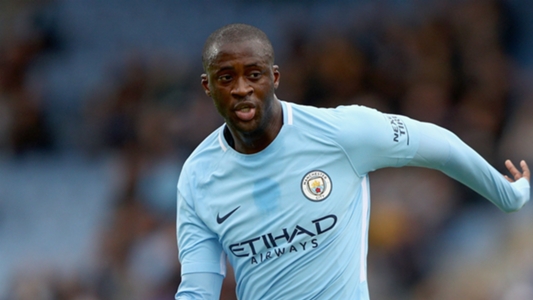 Manchester City’s Yaya Toure has said that he hopes West Brom come out to play football when both sides meet in Saturday’s English Premier League clash.

Pep Guardiola’s men struggled to find their rhythm in midweek’s English Football League Cup against Wolverhampton Wanderers as Nuno Espírito Santo’s men sat behind the ball to force the game into penalty shoot-out.

They eventually overpowered the West Midlands outfit to book their place in the next round of the competition. And the Ivorian is hoping for an easier and less frustrating game when they take on Tony Pulis’ men.

“I hope in the next game it’s much easier because when you give teams so many chances to believe and be in the game, it’s so hard and so difficult,” Toure said after the game.

Goalkeeper Claudio Bravo who has lost his place to Ederson who joined City from Benfica in June put up an impressive display in the win over Wolves as he saved two spot-kicks to steer them past the English Championship side.

And the former Barcelona midfielder is confident that the Chile international has proved that he deserved to play.

“Frustration is part of life. In your job, sometimes you feel frustrated. It’s part of life we have to understand,” Toure continued.

“Bravo is a player with big experience, like me. We are always delighted if we help the team move forward. That’s the best thing we can do.

“The club is wanting to win trophies consistently. It will be difficult but we need all the players and I think Claudio showed he deserved to play and be at this club.”