The playmaker has been out of action since injuring his ankle while on international duty for Spain almost a month ago, and is still unlikely to feature at all on Tuesday

Manchester City look to be without David Silva for their important Champions League group stage clash against Sevilla on Tuesday.

City will seal qualification for the knock-out round if they win at the Ramon Sanchez Pizjuan, but the playmaker, who has been out of action since picking up an ankle injury while on international duty with Spain at the start of October, is unlikely to be risked having not recovered as well as had been hoped.

He did not train on Monday and may not even be ready for Sunday’s game at Aston Villa – with another international break coming up after that, Manuel Pellegrini may not want a similar situation to when Vincent Kompany was called up by his country despite not having played for his club for other a month.

As far as the next match is concerned, it should mean that Yaya Toure will deputise as No.10, with both Fernando and Fernandinho providing a solid base at the back of midfield. Fabian Delph has returned to full training and could yet be fit enough for a place on the bench.

Kelechi Iheanacho is not registered for the Champions League so Wilfried Bony is expected to start as the lone striker in Pellegrini’s 4-3-2-1 formation. Kevin De Bruyne will take up one of the wide roles, while Jesus Navas could make an emotional start against his boyhood club as Raheem Sterling nurses a hamstring injury.

Bacary Sagna and Aleksandar Kolarov should take up the right- and left-back roles, respectively, with Vincent Kompany and Nicolas Otamendi continuing their promising partnership at the heart of the defence, in front of Joe Hart. 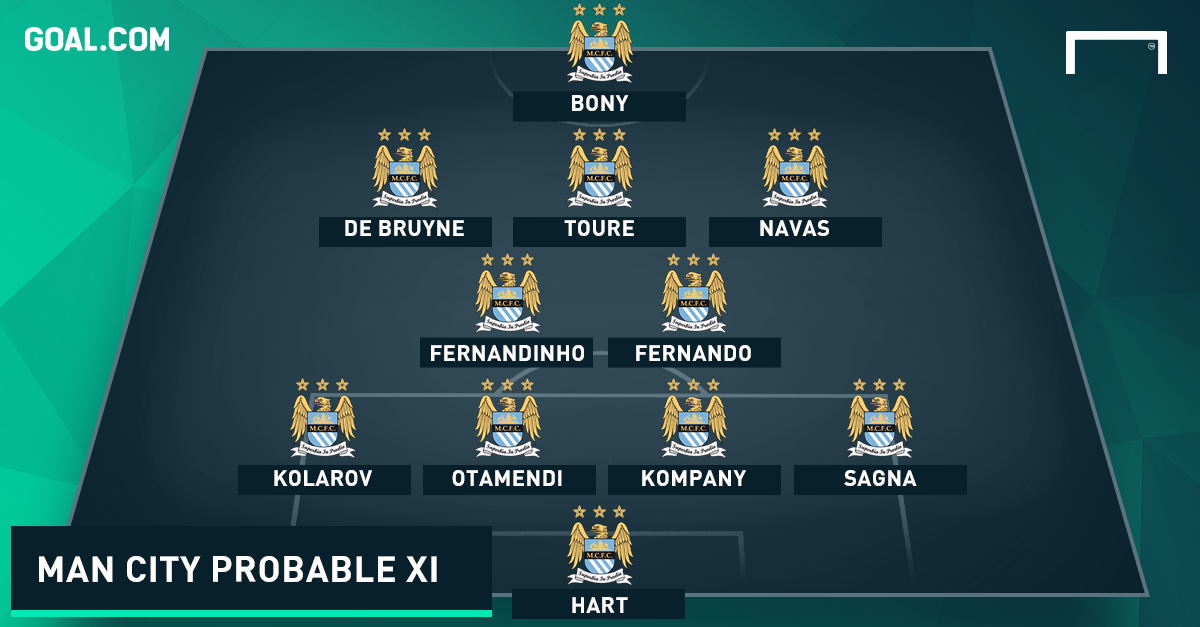 Sevilla, who will not be able to make the knock-out phase if they are defeated and Juventus win, will be without striker Kevin Gameiro. The 28-year-old injured his hamstring during the 2-1 defeat to Villarreal at the weekend, and his club swiftly confirmed that he will not be in contention on Tuesday.

Fernando Llorente replaced Gameiro at El Madrigal and could be in line for his first start since the opening weekend of the season.

Elsewhere, Los Nerviones are expected to be unchanged from the side that lost 2-1 in Manchester a fortnight ago.

That means Yevhen Konoplyanka, Ever Banega and Vitolo will once again form the dangerous attacking midfield trio behind Llorente, having caused a number of problems for the City defence at the Etihad. 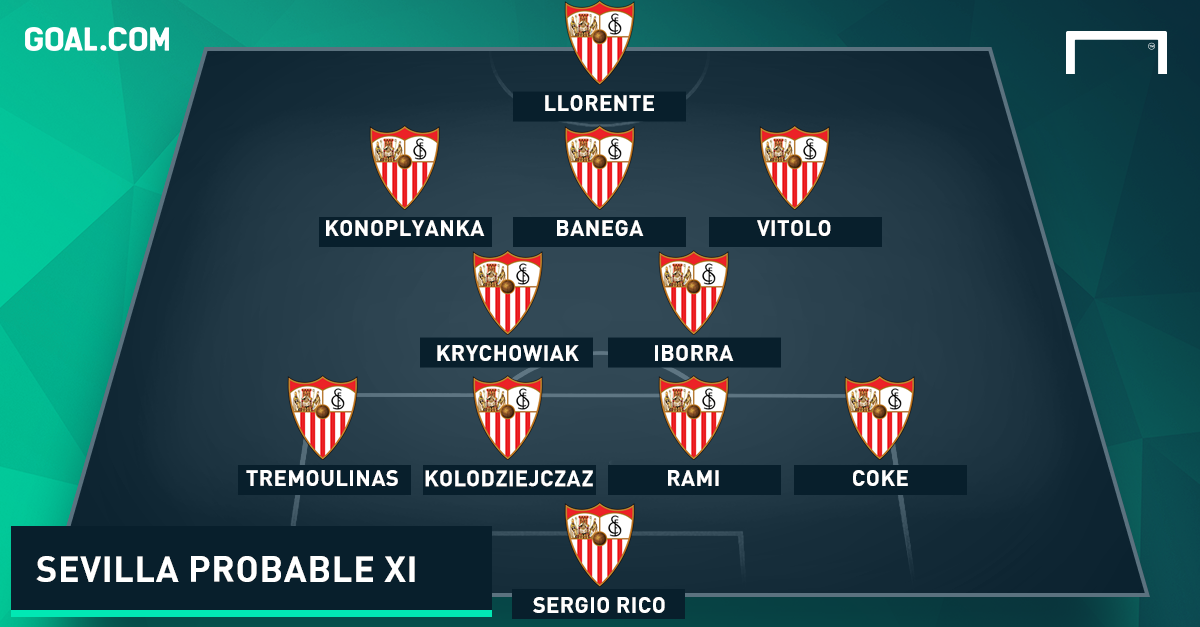