Liverpool and Chelsea have three members each of our best XI from 2013-14, while Yaya Toure is the chief representative from Manchester City with David de Gea in goal

With the 2013-14 Premier League season drawing to a close, the Professional Footballers’ Association will name its Team of the Season along with the individual awards for Player and Young Player of the Year on Sunday.

Ahead of that announcement, Goal has picked its own XI of the best players to have graced the top flight this year. League leaders Liverpool boast three names on the list, as do Jose Mourinho’s Chelsea, while Manchester City, Manchester United, Everton and Southampton are all also represented. 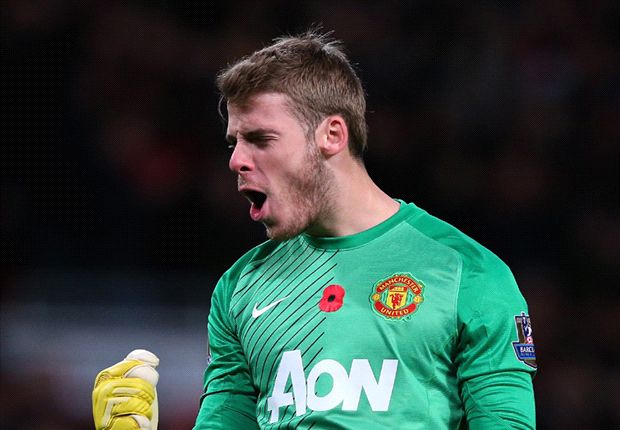 It has been, to put it mildly, a difficult season for Manchester United but one of the only men to emerge with any credit has been David de Gea.

The Red Devils may be seventh in the Premier League but their weak spine has seen the Spaniard face the 10th most shots of any goalkeeper in the division and he has responded with his most consistent and assured season yet.

It is sometimes hard to remember that this is the same youngster who was so nervous and vulnerable upon his arrival at Old Trafford, but De Gea looks like a man who will be at United for a very long time. In a campaign without a total standout keeper, he more than anyone else has provoked wows with his saves.

Just as Everton lost their star left-back for quite some time, another hero popped up on the opposite flank. While Pablo Zabaleta has been consistently excellent yet again, Seamus Coleman‘s emergence as a full-back talent to match anyone in the league has been thrilling to watch.

His six goals from defence are behind only Martin Skrtel, while his two assists make him responsible for a total of eight goals – nobody has done better. For a player who cost just £60,000 in 2009, 2013-14 was quite the breakout year.

At centre-back, it’s a Chelsea double as both John Terry and Gary Cahill make our team. Responsible for a defence who have conceded just 26 goals so far – nine fewer than anyone else – the English pair have conclusively settled the debate over who is first choice at Stamford Bridge.

The Blues captain may be 33 but he remains a bastion of strength for his club, though in many ways Cahill has surpassed him statistically. Starting five fewer games, the younger defender has an impressive 81.3 per cent success rate in the tackle to Terry’s 62.1%, a 69.6% duel success rate (the eighth best in the division), a superior record in aerial clashes and the same number (138) of headed clearances. Playing regularly alongside the old hand has brought him on a long way.

At left-back, there have been several candidates – Leighton Baines has been typically excellent, though spent some time out injured, while Jon Flanagan has grown rapidly into an ostensibly unnatural position as Liverpool have mounted their unexpected title charge.

But Southampton youngster Luke Shaw has maintained his magnificent form throughout the whole season and won an England cap at just 18 to prove it. He may yet go to the World Cup and it would not be undeserved.

2013-14 has seen some particularly high achievers in midfield, with the likes of James McCarthy and Raheem Sterling among many unlucky to miss out, but all four of our contenders are deservedly on the shortlist for PFA Player of the Year.

Liverpool captain Steven Gerrard has brought balance to Brendan Rodgers’s side with his conversion to a deep-lying pivot role and enjoyed a marvellous renaissance just as it seemed that his time as a key player at Anfield might be coming to a close.

With 13 goals and 11 assists, including some of the best play from dead balls in the Premier League, the Reds captain would be a worthy lifter of the trophy.

Performing similar heroics in the Manchester City engine room, Yaya Toure has once again been a vital part of his side’s title push, faltering at the last minute though it may be. With greater certainty than ever of safety thanks to the presence of Fernandinho, the Ivorian has been able to really assert himself on the attacking front.

With over 90% passing accuracy and an impressive 2508 total touches (as many as Gerrard and eclipsed only by Ahmed Elmohamady of top-flight midfielders), Toure has been a crucial cog in all of City’s moves.

Injuries and patches of poor form have prevented a real push for European football from Southampton but they have often played some fantastic football and at the centre of it has been Adam Lallana.

Showing off rare technique for an English footballer, the Saints skipper has been a brilliant creative force, with nine goals, eight assists and 65 chances created. Moreover, his seamless transition to international football has made him a real contender to start at the World Cup, as well as a transfer target for most of the Premier League’s elite.

Rounding out the midfield, Eden Hazard was arguably the single standout player of the first half of the season and, while his form has tailed off a little in 2014, the Belgian has really started to show just why Chelsea were so keen to win the race for his signature in 2012.

Hazard is the top flight’s leader for chances created, with 87, and he has finished plenty of them, too, scoring 14 times. His form has led to comparisons with Lionel Messi and Cristiano Ronaldo – they do not feel so far-fetched.

The 2013-14 Premier League, more than anything, looks like being a tale of attack beating defence. Liverpool’s unstoppable, effervescent forward play has been a delight to watch, typified by the dual magnificence of Luis Suarez and Daniel Sturridge.

It is hard to argue with the Uruguayan as the division’s single most impressive individual. Suarez boasts 10 more goals than anyone else as well as the most assists in the league. He has three hat-tricks to his name when nobody else has put together more than one. He has been, quite simply, unstoppable.

In any other side, Sturridge would be the undisputed star but there is no doubt that he is the best English centre-forward in the business these days. With 20 goals to his name, he is the man closest to Suarez’s incredible tally, with his sheer pace allied to boundless confidence instilled by Brendan Rodgers’s encouragement.

Between them, they have given Liverpool the firepower to make history with one of the most incredible title charges that the top flight has ever seen.

1 thought on “Suarez, Hazard and more – Goal's Premier League Team of the Season”