Pep Guardiola says Yaya Toure is now firmly back in his Manchester City plans season after the Ivorian made a stunning return to the line-up with two goals at Crystal Palace.

Goal understands Toure was also given a standing ovation by his team-mates when he entered the Selhurst Park away dressing room after the match.

It represents a remarkable turnaround for the midfielder, who had appeared to be heading for an ignominious final season at the Etihad Stadium.

Guardiola had said earlier in the campaign that Toure would not be part of the City squad until he apologised for comments made by his outspoken agent, Dimitri Seluk, and even when the apology did arrive at the end of October it had still appeared unlikely that the 33-year-old would ever play for City again.

But on Saturday he was named in the starting line up at Selhurst Park and scored twice in a hard-fought 2-1 win for Guardiola’s men that sends them level on points with league leaders Liverpool.

And the City boss says this was far from a cameo from Toure, who can now expect to play a role across the remainder of the campaign, even if he is not registered to play in the Champions League. 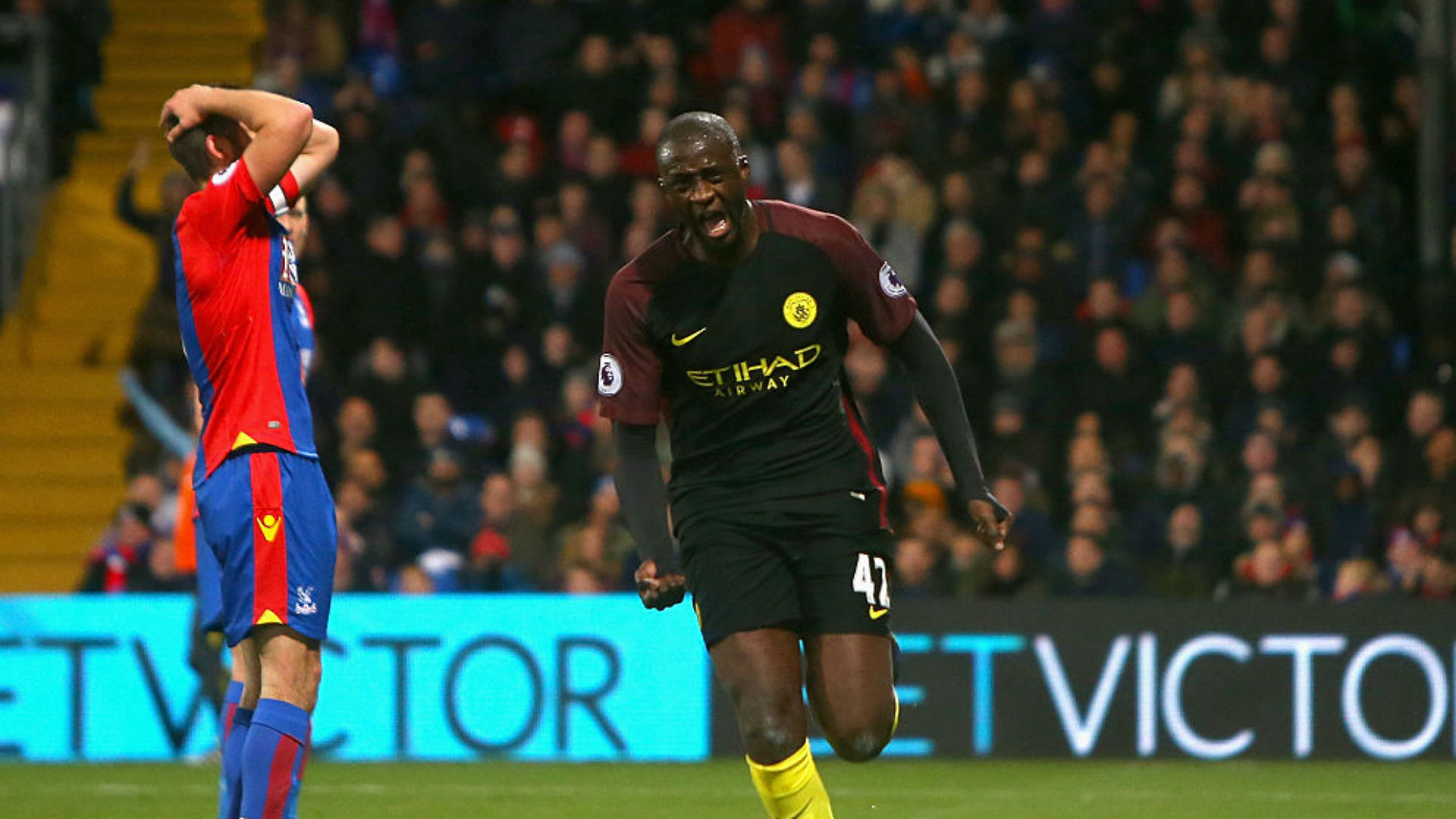 “I would say that his performance is not about my decision, it’s about his quality,” Guardiola told the press after the match. “Yaya was the last month or two months training really good, his physical condition, his weight, is better than ever, and I’m so happy for him, and especially for his family.

“I’m so happy because he’s now a real part of the team and he can help us to achieve our targets because we need all the players, because it’s so demanding with the Premier League and the Champions League and the cup and so on.”

Toure’s team-mates, particularly Kelechi Iheanacho, Pablo Zabaleta and Bacary Sagna, gleefully celebrated on the pitch after the final whistle and the reception afforded to him by the rest of the squad when he returned to the dressing room highlights his enduring popularity at the club.

Guardiola says that is no surprise given his importance to the club since he arrived from Barcelona in 2010.

“Yaya is a guy who is here for five or six years and it’s a guy who’s got a lot of experience and of course the quality, and the team-mates and the staff appreciate him a lot, so there’s no doubts about that, he was so happy.”

He added: “His reaction… Yaya is a normal guy, his emotions are quiet, he was calm before the game. I don’t think it’s the first Premier League game for him, so he has the experience to handle this kind of situation.”