The hosts had to dig deep to twice come back from behind, and their midfielder believes they fully deserved to walk away with a triumph

Willy Caballero’s goalkeeping heroics and an unshakable team spirit lay at the heart of Manchester City’s astonishing 5-3 Champions League win over Monaco, according to Yaya Toure.

Pep Guardiola’s men opened the scoring through Raheem Sterling but found themselves 2-1 and 3-2 behind before Sergio Aguero netted his second equaliser of the contest and John Stones and Leroy Sane turned the tie in the hosts’ favour.

Radamel Falcao scored Monaco’s first and third goals, finishing the latter with aplomb, but Caballero thwarted him from the penalty spot in the 50th minute after Nicolas Otamendi clumsily fouled the Colombia international.

That would have given Monaco a potentially decisive 3-1 advantage and Caballero, who was culpable for Falcao’s first due to a poor clearance, saved brilliantly at close quarters with his boot to tip an intriguing personal duel in his favour amid a breathless finale.

“It was very important, it kept us in the game to be honest,” Toure said of the 35-year-old’s penalty save down to his left.

“His penalty save and another one was unbelievable.

“We have a fantastic team togetherness and with this kind of win we showed it.

“We can go far in this competition but we don’t want to start to dream from now. First there is the second leg to play.

“When we fight so hard to the end it is unbelievable.” 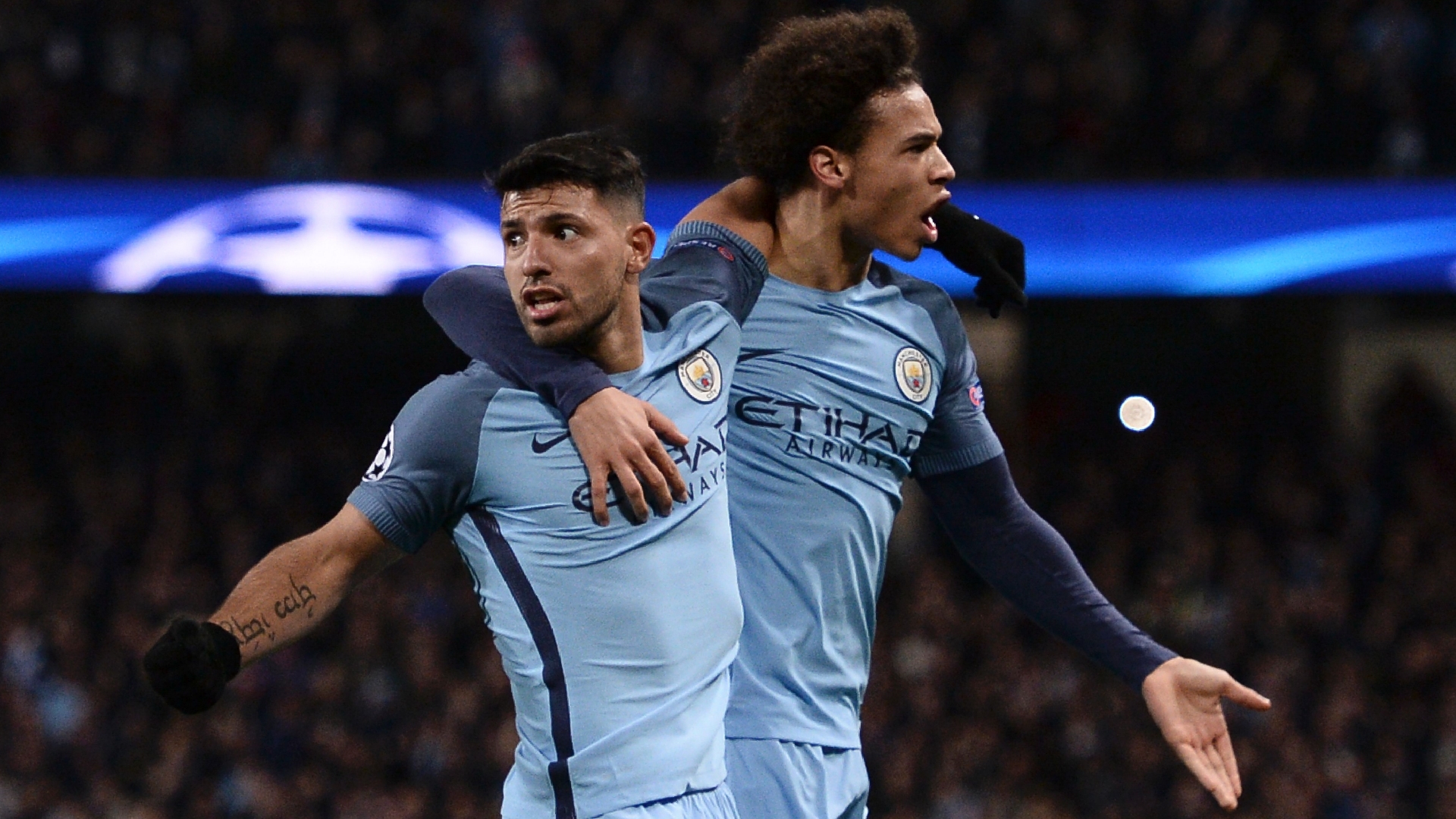 Aguero, back in the City starting line-up for their past two matches due to Gabriel Jesus’ foot injury, initially struggled for his best form as he did during Sunday’s goalless FA Cup draw at Huddersfield.

But the Argentine sharp-shooter came good, his 58th-minute strike bursting through Danijel Subasic’s flimsy attempts in the Monaco goal before he punished slack marking at a 71st-minute corner with an emphatic volley.

Aguero saw his shot saved as the excellent Sane netted City’s fifth on the rebound and Toure believes the challenge thrown down by Jesus during his initial foray in English football has acted as inspiration to his long-time team-mate.

“That’s why I say competition in the team is very important. It makes the team much better,” he said.

“I think you can see he played much better – full of desire.

“That’s why we want him, that’s why the manager wants him. He is there for the team.”