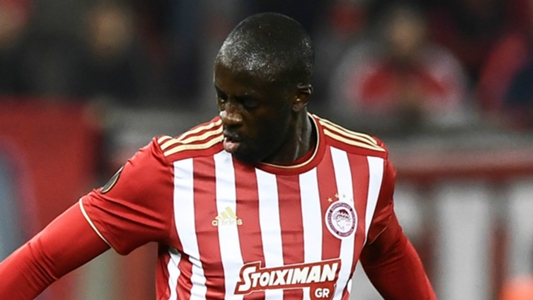 Yaya Toure has confirmed interest from Scottish Premiership leaders Celtic, though he says he must speak with Brendan Rodgers before any decision is made.

The midfielder completed an eight-year spell with Manchester City last summer, leaving the club at the end of the season.

Toure won three Premier League titles, three League Cups, an FA Cup and a Community Shield as a player on the blue side of Manchester.

His next stop was a short one, as Toure rejoined Olympiakos, the team he had spent the 2005-06 season with. Despite only signing in September, Toure’s contract was terminated three months later via mutual consent.

Reports have linked him with a move to Celtic, who are tied with Rangers atop the Scottish Premiership in points, where his brother Kolo is an assistant under Rodgers.

And speaking on Sky Sports’ Monday Night Football, Toure admitted there is interest from the Scottish club, but will require further discussions with the manager before any agreement is reached.

“Celtic are a great team, but I will speak to Brendan Rodgers there and we will see what happens,” Toure said.

Manchester City remain competitive on all fronts this season, and the quadruple, winning in the Premier League, Champions League, Carabao Cup and FA Cup, still remains a possibility.

Going hard in all four of the competitions could end up being a detriment for City as they not only aim to secure Champions League glory for the first time, but also overtake Liverpool in the Premier League.

But Toure believes Pep Guardiola is intent on not sacrificing any competition, and hopes to win them all.

“I think the Champions League is the big, big one. To be honest, the cups – the League Cup and the FA Cup – can become a distraction.

“Why? Because the Champions League and the Premier League is the big, big target for Man City.”

Asked about whether it was a different situation in Spain with the top clubs there compared to England, Toure said he thinks it is, noting how difficult the English top flight is.

“Let’s believe it. I know it’s not going to be easy but I hope City will try to do it.”