Yaya Toure is facing another battle to save his Manchester City career.

Toure was excluded from the City squad for the first months of Pep Guardiola’s reign last year, firstly for refusing to leave the club on a transfer last summer and then for comments made by the Ivorian’s controversial agent, Dimitri Seluk.

The midfielder fought his way back into Guardiola’s plans by working hard in training and was eventually handed a one-year contract extension in May in recognition of his efforts throughout the season.

But he is yet to play a minute of the current campaign and on Tuesday he was left out of City’s Champions League squad for Wednesday’s game against Feyenoord.

Sources have told Goal that City’s coaching staff have become increasingly concerned about the midfielder’s fitness levels in recent weeks.

Guardiola, speaking ahead of the game at Feyenoord Stadion, insisted it was a “sporting decision” rather than anything to do with training, but left a distinct impression that not all was well.

“I spoke with him and he knows the reason why,” Guardiola said of the decision to leave him back in Manchester. “But it’s between him and me.

“It’s just a sporting decision. Yaya was so important last season. We had six players finishing their contract last season, the only one who stayed was Yaya, because he’s a special player, but the decision is that he didn’t play the last games, today he was not in the squad, but he knows the reason why.” 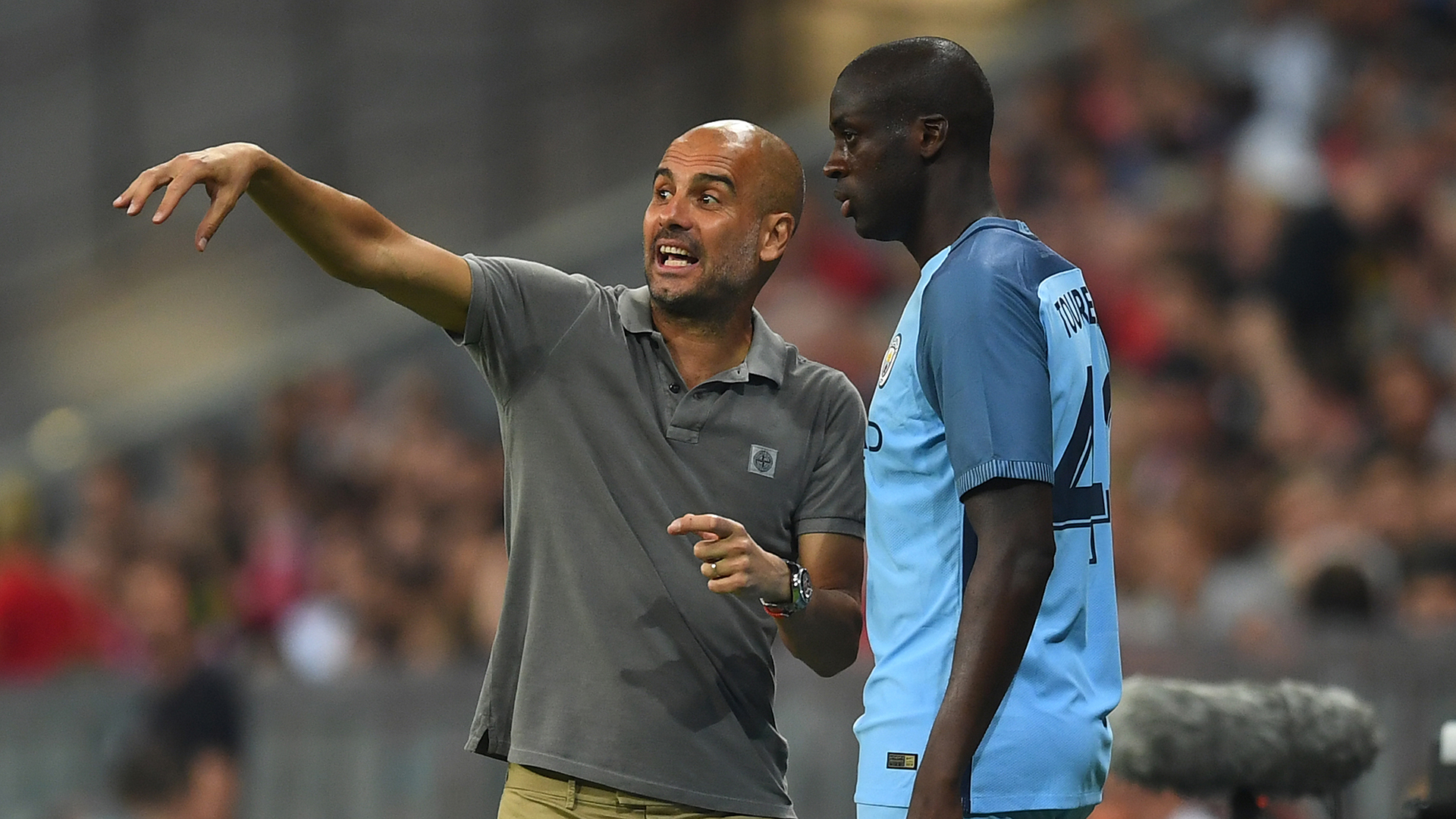 Asked if Toure can be expected to play a part in the coming weeks, Guardiola only muddied the waters further, adding: “Hopefully, it depends on him.”

Guardiola did stress he is happy with Toure, saying: “I’m always happy, but of course I demand as much as possible from everyone.”

But it is understood there is consternation behind the scenes.

City had decided not to pursue a central midfielder in the summer transfer window as they believed Fernandinho, Toure and Ilkay Gundogan would provide sufficient cover for this season.

Although Guardiola and his staff had been concerned about Toure before the transfer window closed, there were no available funds to sign a replacement because moves for Jonny Evans and Alexis Sanchez went down to the wire, and no viable targets had been pursued to an extent to strike a deal at short notice.

Goal understands that, currently, the Ivorian will not be considered to start a match unless there is an improvement in his training output and one of either Gundogan or Fernandinho are unavailable through injury or suspension.

Gundogan’s return to fitness has pushed Toure further down the pecking order.

Fabian Delph, who was up for sale this summer but rejected moves to Stoke City and West Brom, and Phil Foden, the 17-year-old fast-tracked to the first team, were both named on the bench ahead of Toure for the Liverpool game.