Yaya Toure maintains that he is not looking for a way out of Manchester City despite being reduced to a bit-part role under Pep Guardiola.

Having previously been moved out of Barcelona by the Catalan coach, the 34-year-old midfielder initially struggled to make his mark under new management at the Etihad Stadium last season.

Toure was frozen out until returning to the fold to make a telling contribution and earn himself a 12-month contract extension.

He has been unable to build on those efforts, being restricted to just five appearances across all competitions in 2017-18, but the Ivorian insists that he has no issue with Guardiola’s selection policy and will not be pushing for a move elsewhere in January.

Toure told reporters after being handed a start in City’s 1-0 Champions League win over Feyenoord: “You want me to play? Tell the manager.

“Look at my face; do you think I am frustrated? Am I enjoying? Of course. (If) I am frustrated, I would say to the manager: ‘I don’t want to be on the bench and I want to go home’.” 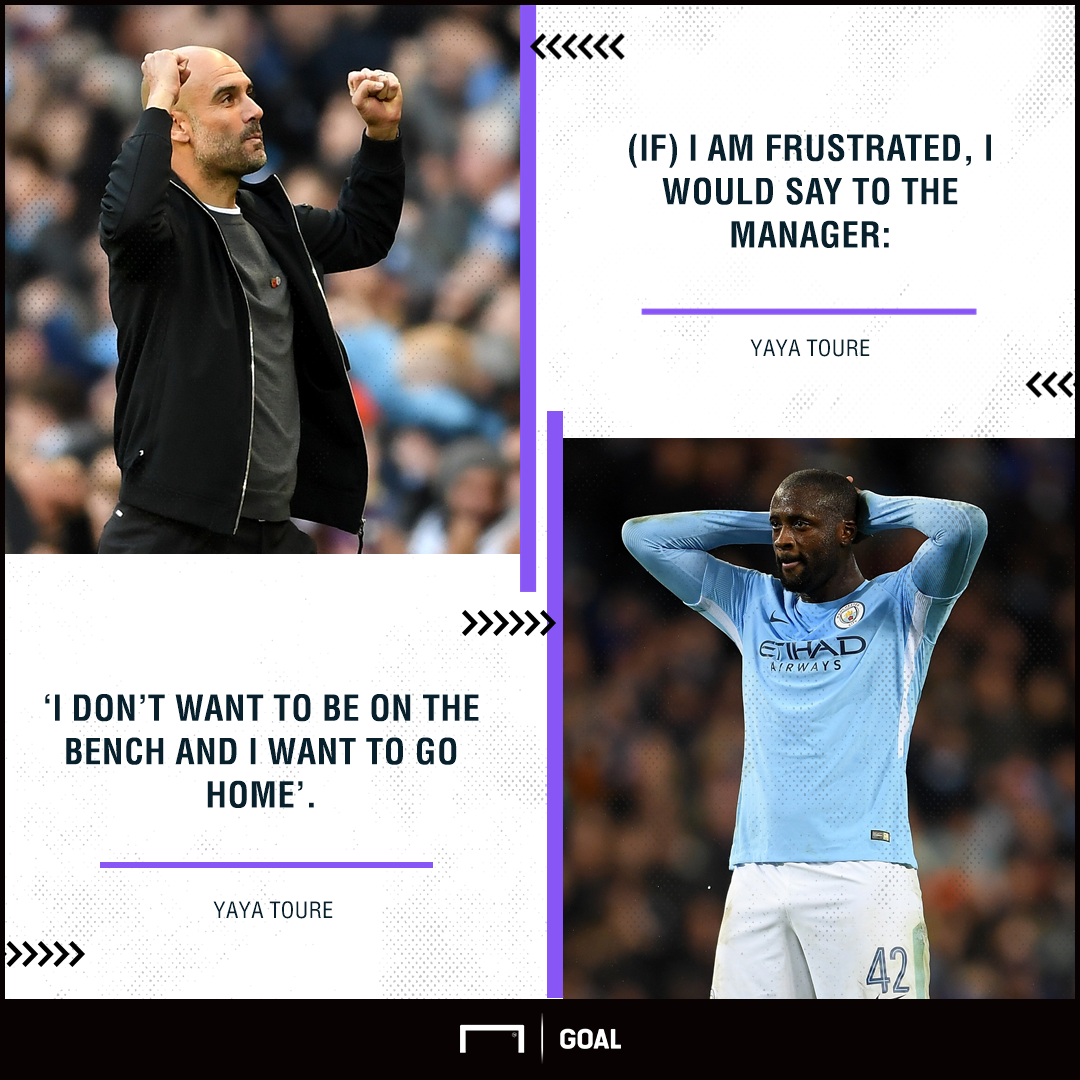 City’s narrow victory over Feyenoord has stretched their winning streak across all competitions to 17 games.

The Premier League leaders were not at their best against Dutch opposition, though, and Toure concedes that they will need to raise their game again if they are to continue competing for major honours at home and abroad.

He added: “You see Feyenoord, they came and were difficult. The manager at the end was quite angry with the team. We can do better than that. We played lazily.

“We are in good form, (but) when I see Juventus, or Real Madrid, Barcelona – all these teams, we’ve got to be stronger and better. Statistics mean nothing, and we have to play against them and see where we are.”

City return to domestic action on Sunday with a trip to Premier League new boys Huddersfield.